Black Lives Matter appears to have removed a portion of its website calling for the disruption of the “Western-prescribed nuclear family structure requirement.”

The now-deleted ‘What We Believe‘ page previously outlined some of the movement’s key objectives including a call to disrupt the Western family unit. This morning, when users visited the site, the page was no longer available. 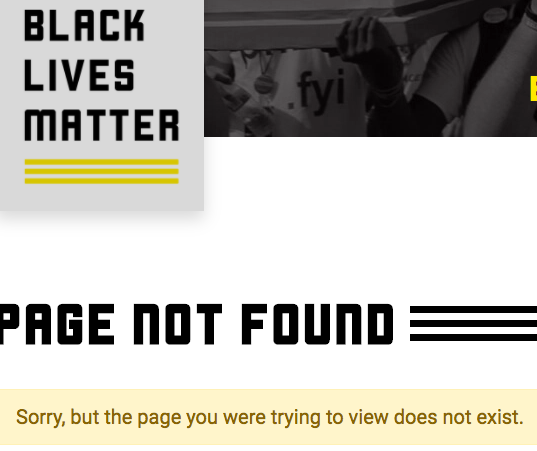 The organization, who once polled better than both major political parties, has seen a downward shift in approval ratings following ongoing riots throughout the summer, according to The Hill.

While 66% of Americans oppose defunding the police in their communities, according to a Rasmussen poll, Black Lives Matter’s pages continue to advocate for the ‘Defund the Police’ movement.

The sudden removal was noted by Daily Wire writer Matt Walsh, who tweeted a screenshot of the deleted page this morning.

BLM's "what we believe" page, calling for the destruction of the nuclear family among many other radical left wing agenda items, has been deleted pic.twitter.com/qCZxUFMZH4

Black Lives Matter was founded in the aftermath of the Trayvon Martin shooting in 2013, according to its website. The organization’s co-founder previously described Black Lives Matter leaders as “trained Marxists.”

Black Lives Matter did not immediately respond to the Daily Caller News Foundation’s request for comment.