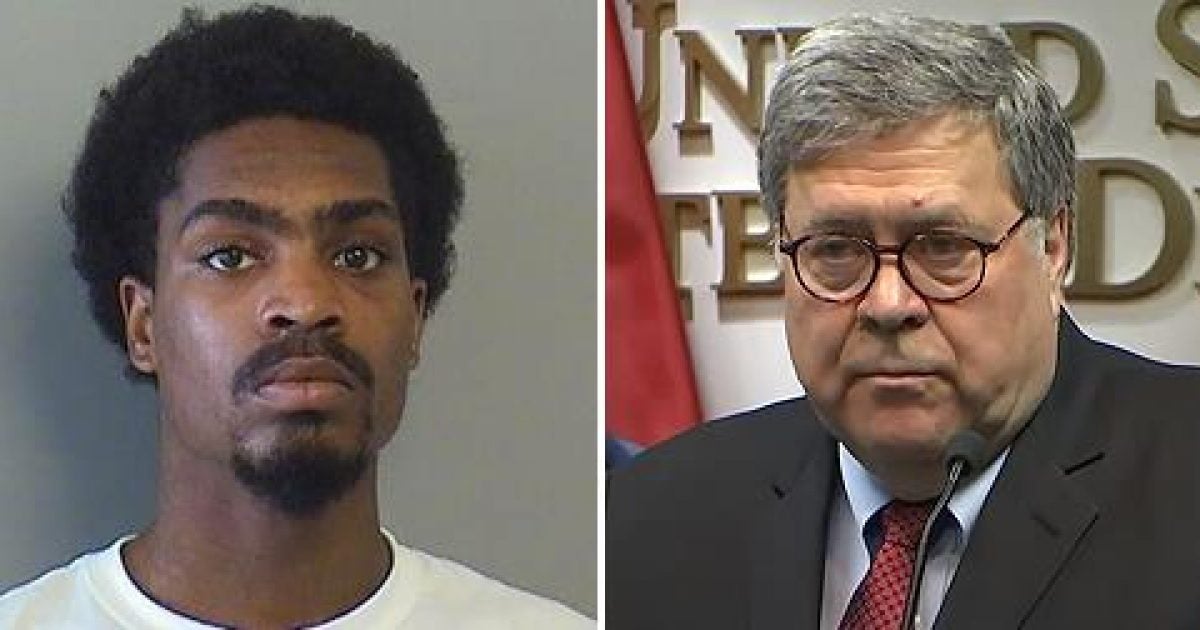 After months of dangerous, violent criminals running amok in America’s biggest Democrat-run cities due in part to bad policies, justice is finally being achieved thanks to the efforts of the Trump administration and, namely, Attorney General Bill Barr.

Speaking at a press conference in Kansas City this Wednesday, the AG confirmed that Operation Legend, which began six weeks ago in honor of LeGend Taliferro, a Kansas 4-year-old who was murdered in late June, has netted over 1,500 arrests.

“​So far, the federal-state task forces involved in Operation Legend have made almost 1500 arrests. Many of those arrests are for violent state crimes, including more than 90 homicides, like LeGend Taliferro’s,” he said.

“That’s more than 90 suspected killers who might still be on the streets without Operation Legend, and in many cities the operation is just getting started.”

“Of those arrested, we have charged more than 200 federal crimes. That includes more than 100 charges for federal gun crimes, 21 of which have come here in Kansas City. Bringing federal charges is significant, because defendants arrested for violent federal crimes can often be detained before trial – unlike state defendants who are too often released,” the AG continued.

“And federal defendants will face serious sentences if convicted. Knowing that, many of them cooperate with the government and lead us to even more violent members of gangs or drug-trafficking networks. Criminals know that federal law enforcement means business, and we are putting them out of the business of violence in our cities.”

Barr launched the operation on July 8th in response to President Donald Trump vowing to put a halt to the skyrocketing crime that erupted amid the George Floyd riots.

“President Trump has made clear: the federal government stands ready and willing to assist any of our state and local law enforcement partners across the nation responding to violent crime. Operation Legend will combine federal and local resources to combat the disturbing uptick in violence by surging federal agents and other federal assets into cities like Kansas City, a city currently experiencing its worst homicide rate in its history,” Barr said at the time.

“The Department’s Operation Legend is named in honor of one of Kansas City’s youngest victims, four-year old LeGend Taliferro who was shot in the face while sleeping in his bed. LeGend’s death is a horrifying reminder that violent crime left unchecked is a threat to us all and cannot be allowed to continue.”

At the time of the operation’s launch, some left-wingers complained:

Nothing good will come of this: https://t.co/Ygt8F39qQF

“Operation Legend is a potentially deadly political stunt and American lives are at stake.” –@shannonrwatts

Weeks later, and with 1000s of criminals, some of them, “suspected killers,” having been arrested thanks to the operation, the left is continuing to complain on the basis that the law enforcement officials seeking to remove criminals from the streets are the bad guys, and the criminals (including “suspected killers”) are somehow the good guys.

Barr better hope for preemptive pardon as Trump is leaving office, because for all his prosecutorial discretion in charging & mischarging individuals, he better hope he dotted all his i’s and crossed his t’s or else he will find himself in the hot seat (or docket) come 2021…

when can we arrest Bill Barr?

None of those legit tho.

Barr is a joke, 1400 arrests and he works for the main CRIMINAL

This attitude speaks to the left’s demented affinity for criminals and disdain for authority. This sentiment was particularly manifest during the George Floyd riots, when the entire left (media included) rushed to defend violent looters and rioters.

To be clear, Operation Legend wasn’t designed to deal specifically with looters and rioters, as all that is part of an entirely separate operation.

“There has been a lot of confusion in the media, some of it not unintentional, conflating two different aspects of law enforcement. One is dealing with civil unrest, rioting, and the other is the classical traditional work that law enforcement does,” Barr explained Wednesday.

Operation Legend is strictly focused on dealing with crime in general, and thus far it’s been so successful that even Taliferro’s suspected killer is now behind bars.

“During an afternoon press conference, authorities announced that Ryson B. Ellis, 22, has been charged with LeGend’s murder. He faces one count each of second-degree murder and unlawful use of a weapon and two counts of armed criminal action.”

In a statement at the time, Barr said Ellis’s arrest “marks a significant step forward in his case and illustrates the potential of Operation LeGend more broadly.”

Yet even the arrest of LeGend’s suspected killer provoked unhinged, psychotic responses from the left (*Language warning):

Get real, nobody gas about this tripe👽

Dotard Tunt is the Devil.

Can you pull the stormtroopers outta the cities now? pic.twitter.com/HBrPzjXtmf