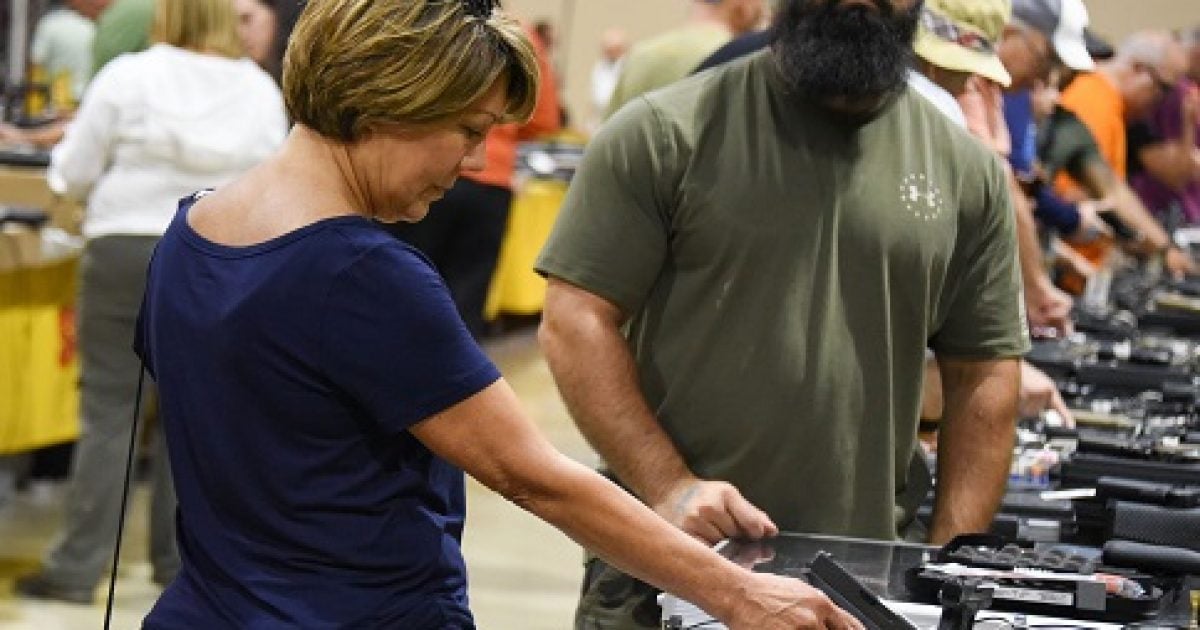 This has been the first year in nearly a decade that we have not had a mass school shooting in the United States. This means that we have not had to engage in the yearly gun control debate in this country. Instead, due to the lack of sensational shooting headlines, the mainstream media has been laser-focused on the COVID pandemic and Black Lives Matter protests for the past four months. However, because the gun control debate will inevitably arise in the following years, we need to take the time now to pause, freeze this moment in history into the American ethos, and remind everyone that 2020 was the year that the gun control debate effectively ended.

This is largely due to the paradigm-shifting, chaos creating global events that have occurred this year.

First, the COVID-19 Pandemic hammered the world leaving over 40 million people unemployed in the USA, the largest spike in American history. Second, George Floyd, an unarmed black man was killed by a police officer in Minneapolis sparking large and widespread, “Black Lives Matter” protests, with many turning violent after being hijacked by far-left extremists proclaiming a full-fledged Marxist revolution. “Activists” have destroyed federal buildings and statues, while proclaiming we need to defund the police and abolish ICE in the name of equality. This prompted Trump to send Federal police to defend our national property and incentivized law-abiding citizens to take up arms to defend their own property–one popular “meme” couple in St. Louis was shockingly arrested and stripped of their guns for this reason.

In addition, business owners, pastors, paddleboarders, and many more innocent people have been arrested for not complying with nonsensical lockdown measures. Meanwhile, prisoners including violent offenders, are being released back into society without trial. The best example of all of this manifesting together was when portions of Seattle were annexed and became a failed state in a matter of weeks.

Outside of the USA, authoritarian regimes around the world have used the pandemic to strengthen their grip on power, and American citizens have been left reflecting inwards as to how long we can remain a peaceful state with law and order.

If all of this doesn’t want to make you exercise your Second Amendment rights, we’re also experiencing the largest spike in violent crime in decades. The homicide rate in the United States is rising in every major city, yet the mainstream media remains baffled as to why and refuses to address their part in driving these issues. The American people have been locked at home, watching these terrible events take place in realtime, in the cities that they live in, while leadership in most states sit idly by and let their localities be overrun with this anarchist behavior.

With all of the facts presented above…

Do you feel the desire to own a personal firearm for yourself and your family’s safety?

That is the question that every American has mulled around in their head for the past 4 months, as they ponder how they can protect themselves in the midst of such chaos. Citizens are rising up and becoming violent, our police are walking off the job in droves, we have lost confidence in law enforcement to be able to protect us, and our leaders are largely inept at ruling through adversity. Good Americans are doing what they’ve always done, and are taking it upon themselves to defend their homes and families by purchasing more guns than ever before. Gun sales and concealed permit applications are soaring through the roof with nearly 19 million new guns purchased over the last 6 months, which is a 146% increase of sales compared to the same time period last year.

This isn’t the crowd that you would normally expect to purchase guns either.

Usually, after a mass-shooting or threat of new regulations, the 2nd Amendment enthusiasts like to go stock up on ammo and make sure they add another AR-15 to the collection. But, if you ask any gun shop owner or firearms trainer; they are seeing an array of average citizens that have never shot a gun before, purchasing personal protection. A recent study estimated that roughly 40% of gun sales this year have been to first-time gun owners. Moms, college students, grandparents, liberals, moderates, independents, and conservatives are all silently agreeing on one thing…exercising their 2nd Amendment right to bear arms.

Depending on your political affiliation, you probably have different reasoning for why you do or do not feel the need to purchase a gun. The events described above have motivated people in different ways. In 2020, it seems that many liberals on the left think that Trump and his following of white supremacists are sending secret police to attack peaceful freedom fighters, and is just one corrupt election away from taking full authoritarian power.

They feel the need to buy guns.

Conservatives on the right think that violent ANTIFA protesters are about to overrun their country, while Democratic politicians try to disarm them, and implement a socialist regime.

They feel the need to buy guns.

Regardless of where you fall on that spectrum, the events of 2020 should provide you an entirely new lens to view the gun control debate through. For the first time in modern American history, we are seeing the socio-political events typically reserved for failing countries outside of the United States. Usually, our political debates are petty and internal in the grand scope of human history. Topics like healthcare, welfare, abortion, and all of the other typical debates take place within the confines of the institutions and frameworks laid out by our founding fathers. Because we have such a strong and durable Constitution, we have an attitude in this country that can be best described as; “Well, that couldn’t happen here!” So we take our inalienable rights for granted and squabble about important, yet less important issues year in and year out.

This is the first year in quite some time that there is an attempt to fundamentally change and dismantle the institutions that have held America together for the last 244 years. This is what political turmoil feels like during violent uprisings, regime changes, and civil wars. That feeling that the government may not be there to protect you or your property in the case of civil unrest or worse, authoritarian overreach imposed on private citizens. That is what is driving people to the gun stores…and to all of you I say, “Welcome to the Party!” Those of us that have been branded as crazy Libertarians worried about government overreach and the erosion of civil liberties for decades, have been waiting for you in our Ron Paul shirts clutching our pocket-constitutions. We’ve been trying to warn you that this day inevitably comes if you allow big federal government to expand while removing personal responsibilities and freedoms. (A topic for another article)

Thankfully, there is a good chance that none of the Marxist revolutionary leaders take outright power in this country anytime soon, and our system SHOULD continue to flourish as “normal” after the 2020 elections. However, we SHOULD never forget the events listed above and the feeling we all have in 2020. All of the logic and emotions driving average people to buy their first firearm should be the same memories that pop into their heads when the gun control debate rears its ugly head. This is why the 2nd Amendment exists, even if it hasn’t been apparent in your lifetime.

“It can happen in America.”

We are a few bad decisions away from an all-out civil war in this country. Yet, fundamentally because of these political possibilities, as far-fetched as it might have seemed before this year, citizens need to be armed and have the right to own whatever weaponry they please. If you study history, the day always comes when the only thing standing in the way of the political will of a tyrant or authoritarian regime is a well-armed militia; even if it takes a few centuries, it’s foolish to think we are immune to the great political cycles.

As the great Dave Chappelle once said, “The First Amendment is first for a reason, The Second Amendment is just in case the first one doesn’t work.”