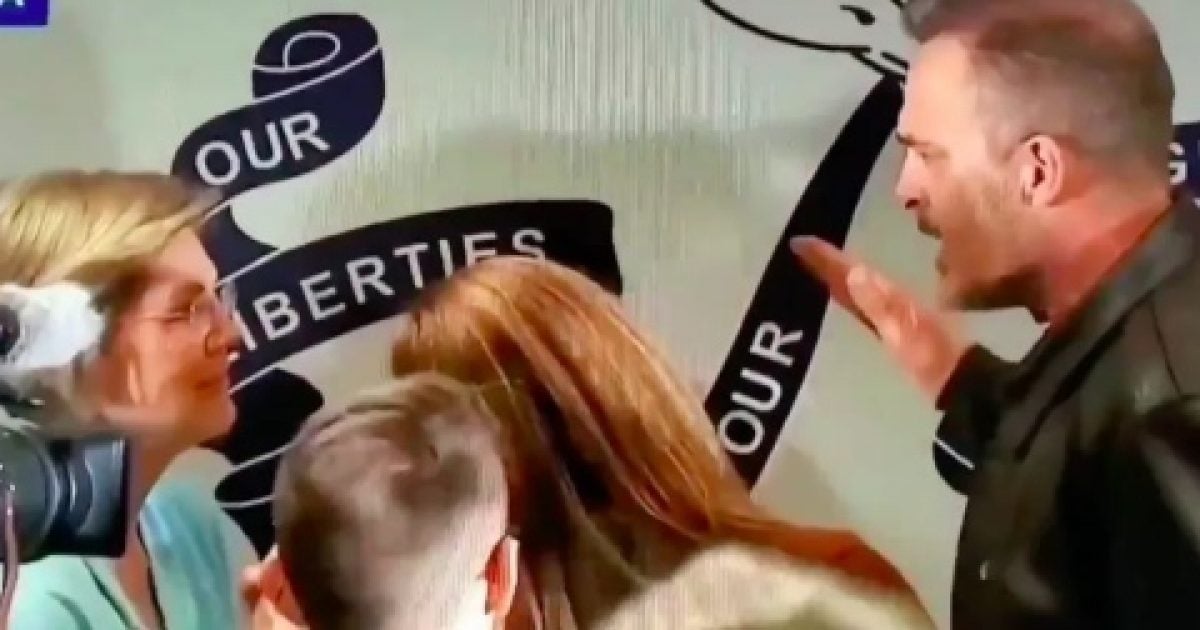 According to Fox News’ conservative hosts and pundits, Democrat presidential candidate Sen. Elizabeth Warren’s reaction to being confronted by a father upset over her plan to pay off student loans demonstrated a whole lot.

“Elizabeth Warren is one of many Democrats who misjudged what the Democratic electorate looks like because they spend too much time on Twitter and think that ‘woke’ activism is where it’s at,” Chris Stirewalt said Friday evening to FNC host Martha MacCallum.

“There are millions of Democratic voters out there who do the right things, who work two jobs, who pay their dues, who do all of the right stuff to send their kids to school. And what Elizabeth Warren is proposing is, for a lot of people with master’s degrees and doctorates and highly educated folks, to absolve them of debt that they racked up along the way. That’s why Joe Biden is winning. That’s why Joe Biden is ahead, is because he can talk to that voter. She just can’t figure it out.”

He added that Warren’s “contemptuous attitude” toward the angry father just goes to show how much of a “bust” her campaign has become.

“Her almost contemptuous attitude toward him, the disdain, the mockery, almost that she treats this person with, tells you why she has never lived up to the hype that was created for her by the political press,” he said. “She has been the great bust of this cycle.”

As of late January, her polling averages had her at a low of about 14.6 percent versus the high of 26.6 percent she’d enjoyed last fall. The more the senator speaks, the lower her poll numbers appear to trend.

The co-hosts of “The Five” seemed to concur.

“A lot of these progressive ideas sound really great but you first hear them … but then they melt under the first follow-up question,” co-host Dana Perino noted during a discussion earlier Friday afternoon.

When the father pointed out to Warren on Tuesday that people like his daughter who actually paid off their student loans will “get screwed” over by her proposal — which calls for using tax money from folks like his family to pay off the student loans of those who didn’t pay off their debts — she had no real reply.

“We hear a lot of arguments about fairness from the left — ‘it’s only fair to get rid of the student loan debt, only fair to give free college to everybody while taxing everybody else,'” she said. “But it’s really not fair to guys like that who worked for themselves or for their kids to be able to go to college and get out debt-free without being a burden to other people.”

“It used to be that the elderly in this country, if they didn’t have the money, they were in trouble, but now we have Social Security, and we have Medicare and Medicaid,” he said. “So should we go backwards? No, we want to improve as a society. We want to do better.”

But Pavlich noted that big-government policies like the one proposed by Warren are ultimately responsible for the student loan crisis.

For instance, in 2010 then-President Barack Hussein Obama “eliminated the federally guaranteed loan program, which let private lenders offer student loans at low interest rates. Now, the Department of Education is the only place to go for such loans,” Investor’s Business Daily’s editorial board noted in 2015.

“Obama sold this government takeover as a way to save money — why bear the costs of guaranteeing private loans, he said, when the government could cut out the middleman and lend the money itself? The cost savings didn’t happen. In fact, the Congressional Budget Office just increased its 10-year forecast for the loan program’s costs by $27 billion, or 30%.”

“By the time Obama leaves office next year, the nation will have added $1 Trillion to its student debt tab,” Alan Collinge of StudentLoanJustice.org pointed out in 2016.

Continuing the discussion on “The Five,” co-host Greg Gutfeld slammed Warren for essentially blowing off the father, while fellow co-host Jesse Watters argued that it’s clear the 2020 contender wants to buy votes — but only from certain people.

“She is buying votes, but only buying votes from debtors — not savers,” he said. “If you save, you are a sucker. You got screwed.”

Listen to the full discussion: