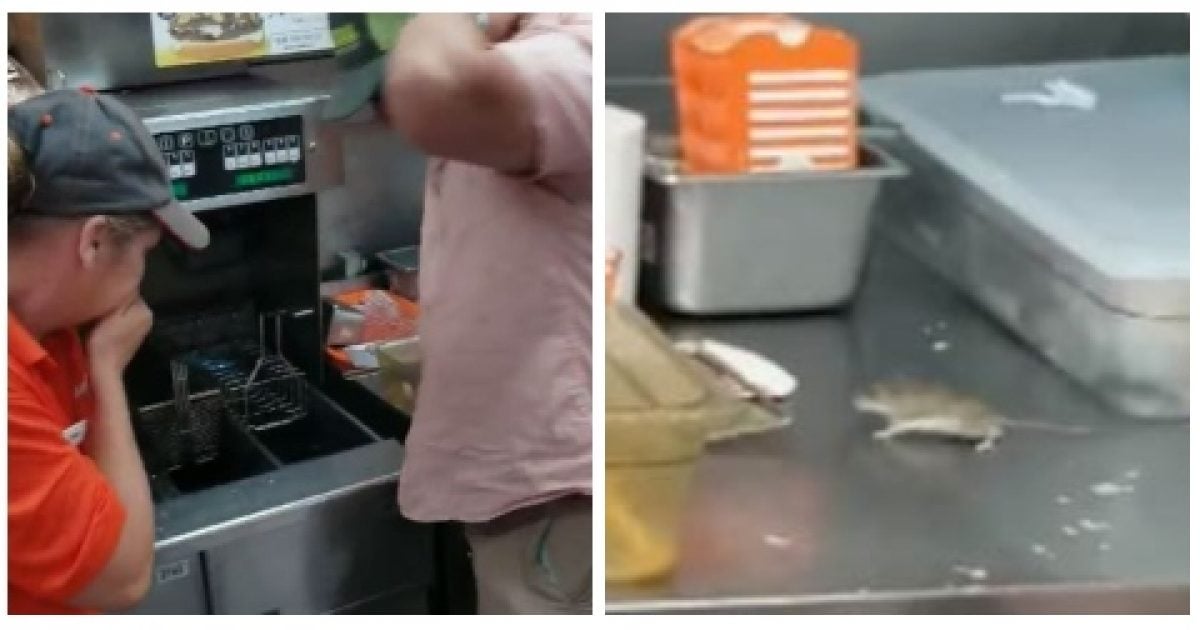 A Texas Whataburger announced it had been “cleaned and sanitized” after a viral video showed a rodent jumping into a deep fryer in the kitchen.

While there was some disagreement about whether the unwelcome creature was a mouse or a small rat, viewers were horrified by the video which showed customers and staff scrambling to deal with its sudden appearance on a kitchen counter inside of the Bastrop Whataburger.

The video, originally shared on Facebook by Brushawn Lewis, showed the rodent wandering around the counter space and then leaping into a nearby fryer after a woman was seen moving items around in an effort to trap it.

An employee could be heard in the video offering refunds to customers who had paid for their food while diners expressed their shock and disgust.

“This s**t is crazy I’m at Whataburger in Bastrop ,Tx. It’s a damn rat just out in the open!” Lewis wrote in the caption accompanying the video. “But it did get deep fried! Smdh”

The fast food chain issued a statement about the incident, according to CBS Austin.

“Thank you for bringing this to our attention. At Whataburger, cleanliness and food safety are top priorities for us,” the company said.

“In this instance, we closed the restaurant out of an abundance of caution and notified pest control. The entire restaurant has since been cleaned and sanitized,” it added referring to the eatery, which is about 30 miles southeast of Austin.

“We addressed this situation as quickly as possible, reinforcing procedures with our Family Members. While we’ll continue to be very diligent, it’s important to know there was no history of this type of incident at this unit and there is no ongoing issue,” Whataburger’s statement read.

An employee told the Statesman that the Bastrop Whataburger location was reopened on Sunday morning.

Some who witnessed the chaotic scene took to social media to comment.

The viral video sparked many horrified reactions on Twitter. Check out some of those below:

they deep fried a rat at my local whataburger ?