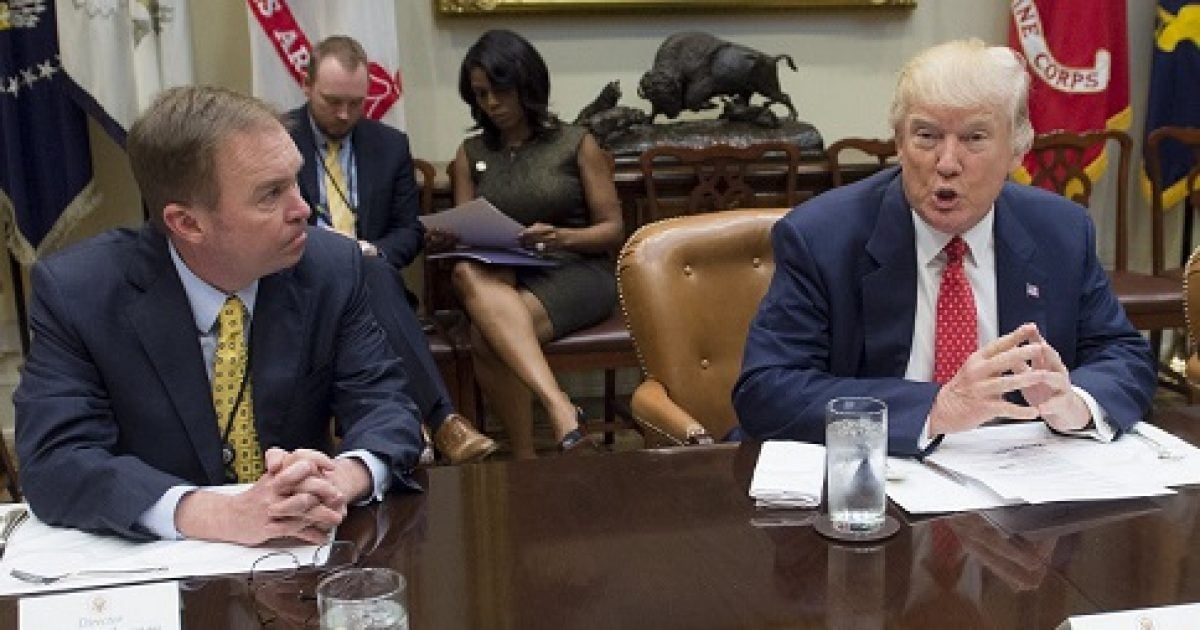 After two years, it’s clear that the media is not going to give President Trump the benefit of the doubt and will exaggerate things well out of proportion in an attempt to make him look bad.  The goal, of course, is to make him appear unfit to hold the office.

This formula came into play in reporting on an exchange between Trump and new White House Chief of Staff Mick Mulvaney that reportedly took place two weeks ago during talks with Democrats to end the government shutdown.

The pearl-clutching media breathlessly tells us a that a “furious” President Trump “humiliated” Mulvaney in front of House Speaker Nancy Pelosi and Senate Minority Leader Chuck Schumer after he “inserted himself into the conversation and tried to negotiate a compromise sum of money” for the wall, as reported by Axios.

While the media ran with the angle presented by Axios, that the president “dressed down” his chief of staff, their story includes a statement from a White House official in the room who called it “exaggerated” and  noted that the two “joked about it afterwards.”

After all, this is the big leagues with negotiations between the country’s most powerful elected officials underway and you can be sure everyone’s wearing their big boy pants.

As for the “source,” with Pelosi and Schumer in the room, you can be sure any leaks are going to be twisted and contorted like a pretzel.

Short of a video of the incident, we’re not likely to learn the proper context of the incident, but keep in mind that, much to the chagrin of the political class, Trump is a businessman, not a politician. And should an aide miss an effort on his part to reset during tense negotiations, as suggested, that’s an important moment.

As for allegedly dropping an F-bomb, which seems takes on a whole other meaning when coming from the right, refer back to the big-boy pants.

“You Just Fucked It All Up, Mick.”

President Trump chastised his new chief of staff, Mick Mulvaney, over his handling of shutdown talks, creating an awkward scene in front of congressional leaders of both parties. @jonathanvswan scoops https://t.co/Up2Ip76uJf

Mulvaney tried to find a middle ground in negotiations. “Trump cut him off … ‘You just fucked it all up, Mick,'” a source recalled Trump saying. “It was kind of weird.”https://t.co/55WsqxbBSB

And so it begins: Trump humiliated acting chief of staff Mick Mulvaney in front of congressional leaders, @jonathanvswan scoops. https://t.co/o3SNQqoP8z

I suspect Mulvaney’s tenure as Acting Chief of Staff will soon come to an end, as Trump throws him under the bus and blames him for Trump’s forthcoming defeat on the shutdown. Wouldn’t be surprised if Trump brings over Whitaker as COS if Barr’s confirmed. https://t.co/ptxXZNbLKp