Conflicting comments have created confusion over the Trump administration’s use of DNA tests to match migrant mothers with children separated at the border.

A private contractor is administering the tests on behalf of the Department of Health and Human Services’ Office of Refugee Resettlement but some women are claiming they have been asked to pay for the tests themselves.

“None of them have the money [for the tests],” Ruben Garcia, a director in the shelter that housed the four women, told the Daily Beast.

“So it’s going to fall back on us to push back on that,” added Garcia, who is director of Annunciation House, an immigrant shelter in El Paso, Texas. Three of the women who were told to pay for the tests are mothers while a fourth is trying to reunite with her three-year-old brother.

“The government wants the parents to foot the bill for the DNA testing when they’re the ones that caused the need for DNA testing,” Iliana Holguin, an immigration attorney in El Paso who works with Annunciation House, told the Daily Beast. “It’s incredible.”

Some of Holguin’s clients were required by the government to pay between $700 to $800 to prove their relationship to a family member during their citizenship cases, Holguin claimed.

But the Office of Refugee Resettlement refutes the claims as a lie.

The ORR, which handles the housing of children and is responsible for the DNA testing, told the Daily Beast that it “provides DNA testing at no cost to verify parentage.”

“I don’t know if it’s a situation where if you don’t ask about the waivers they don’t tell you,” Garcia said, noting that though some claim to have had the fee waived, he does not know how that process works.

“When these families come in, Customs and Border Protection takes away the documents from parents and puts them in their file,” Garcia said. “In the cases where they’ve been separated from their children, ORR then says, ‘You’re going to need to provide the documents that CBP took.’”

Those parents are then allegedly told they must take a DNA test. The Daily Beast noted, however, that other immigration attorneys they contacted said their clients had not been asked to pay for DNA tests.

While the focus has been on criticizing the Trump administration for the use of DNA tests, it is not new, having first started under the Obama administration. Immigrants were reportedly responsible for covering the costs of the tests themselves from 2010 to 2017, but “successful applicants may be eligible for reimbursement of DNA test costs.”

“Here’s what I want from ORR: it’s my understanding that DNA test results can be quick or slow, depending on whichever you want. So why don’t you take the responsibility, ORR, and get this done quickly and get these kids back with their parents,” Garcia asked.

A Health and Human Services Department official pushed back, however, contending that the safety of the children is paramount.

“HHS could have transferred every child out of their care to a parent currently in (immigration) custody if we did not take into account child safety,” Chris Meekins said, according to Time. “Our process may not be as quick as some would like, but there is no question it is protecting children.”

Government officials revealed that testing on 102 migrant children under 5 years old uncovered five cases in which “adults claiming to be the parent actually were not, including two in which the results came as a surprise to the adults,” according to Time.

The repayment program for successful tests that confirmed biological relationships was reportedly scrapped by the Trump administration in 2017. Critics say the administration needs to make things right, and tests, if warranted, need to be conducted free of charge.

“Don’t give me this, ‘There’s too many to do and it’s going to take a while,’ or ‘There’s a big long line,’ because you’re the one who took the kids away in the first place, so fix it,” Garcia said.

The question remains on whether migrant families, who are willing to put children’s lives at risk to enter the U.S. illegally, should be required to pay for tests proving their relationships, or if  American taxpayers should foot the bill for the DNA tests instead? 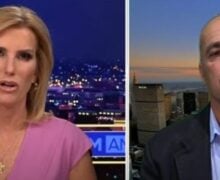