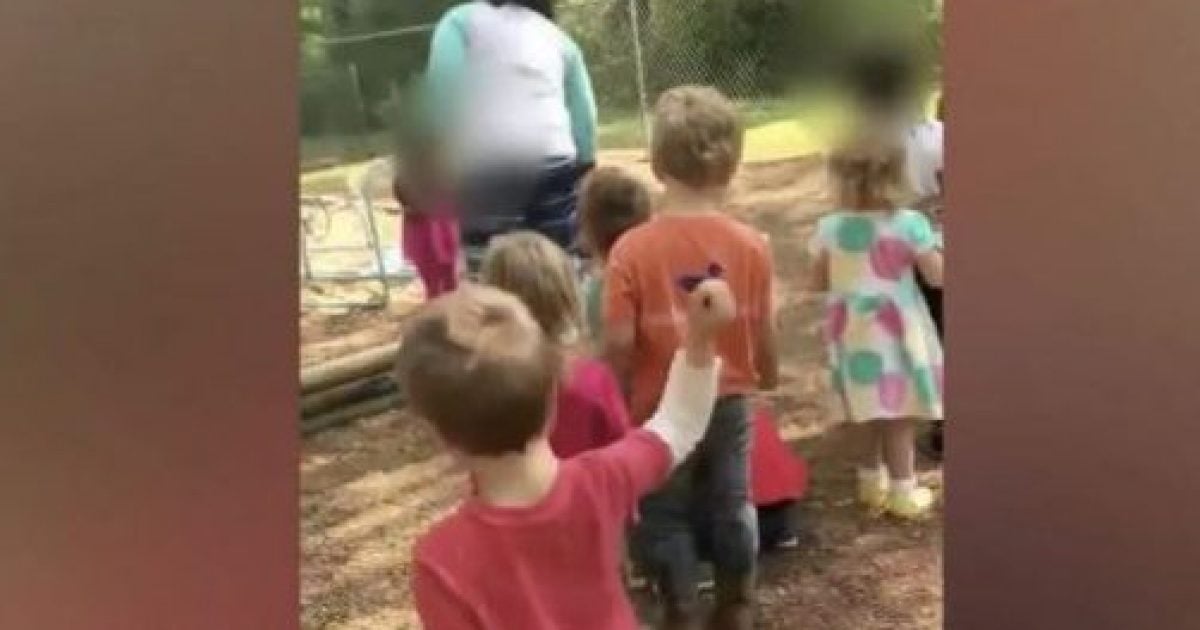 A teacher at an Arkansas daycare is under investigation by police after a heartbreaking video showed a child crying in pain as other children pelted him with rocks.

The teacher at the Forrest City daycare reportedly directed the children to throw the rocks at the boy in order to teach him a lesson, according to WHBQ-TV.

Another teacher at the Teach N Tend Daycare went to police with the disturbing video on April 26 and filed a report.

According to the woman, she and other workers were outside with kids when she noticed another teacher tell a child to sit down. The four-year-old allegedly picked up some rocks and threw them on the ground.

The complainant told police the other teacher then told students to throw rocks at the boy to teach him a lesson. The kids listened and the troubling video shows at least a half-dozen kids pelting the child with rocks.

“I observed approximately 6 toddlers throwing rocks at a white male toddler,” an officer wrote in the police report.  “The toddler is kneed down covering his face crying. A background voice says, ‘He’ll learn to stop, ok that’s enough.'”

The owner of the daycare told WHBQ the police report was a filed by a “disgruntled employee,” and any other questions would have to go through her attorney according to WCMH-TV.

Police spoke with the teacher who reportedly told them that the children threw rocks all the time, and she did not recall ever allowing children to throw rocks at others, according to WHBQ.