Sean Hannity said Monday he expects former FBI Deputy Director Andrew McCabe to face criminal charges in what the Fox News host described as “the biggest abuse of power in the history of this country.”

Appearing on “Fox & Friends,” Hannity gave credence to the belief held by many that the Russian collusion investigation was little more than a feign designed to steer the focus away from a much greater scandal.

“If I had to suspect,” he told the  morning crew, “you are going to see criminal charges against Andrew McCabe and I would also argue that it’s going to go a lot deeper.”

Schiff, a Democrat from California, said Sunday on ABC’s “This Week” that McCabe’s firing from the bureau two days before retirement might be “justified.” 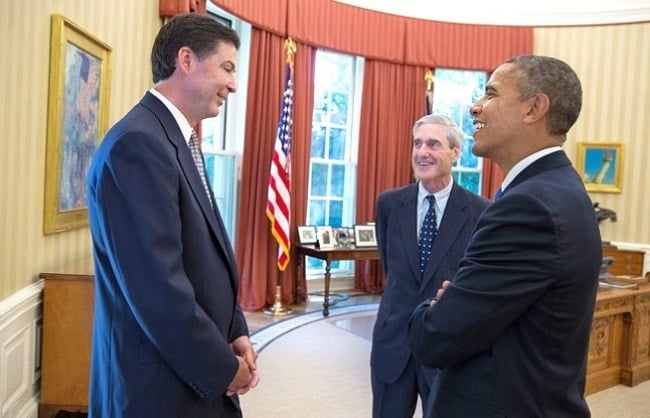 Beyond a belief that McCabe will face charges, Hannity said there are other “crimes” yet to be detected.

“We do have, sadly, at the upper levels of the FBI and the Justice Department, serious issues, crimes, that really need to be investigated,” he insisted.

“James Comey is going to have to answer a lot of questions,” Hannity said, “about why he told, in January of 2017, to Donald Trump, at Trump Tower, that the Clinton bought-and- paid-for Russian dossier was salacious and unverified, but 3 months earlier, the bulk of that dossier was used in an application for a FISA warrant to spy on the Trump campaign.”

In response to McCabe being fired, his former boss took to Twitter to offer a defense.

“Mr. President, the American people will hear my story very soon,” Comey said. “And they can judge for themselves who is honorable and who is not.”