Facebook is testing a new feature in which users can “downvote” certain comments made on posts, thus triaging the ones communally deemed most worthy of more public attention.

The experiment, one of many for the social media company turned tech conglomerate, was spotted and publicized by multiple Twitter users, including tech writer Taylor Lorenz. 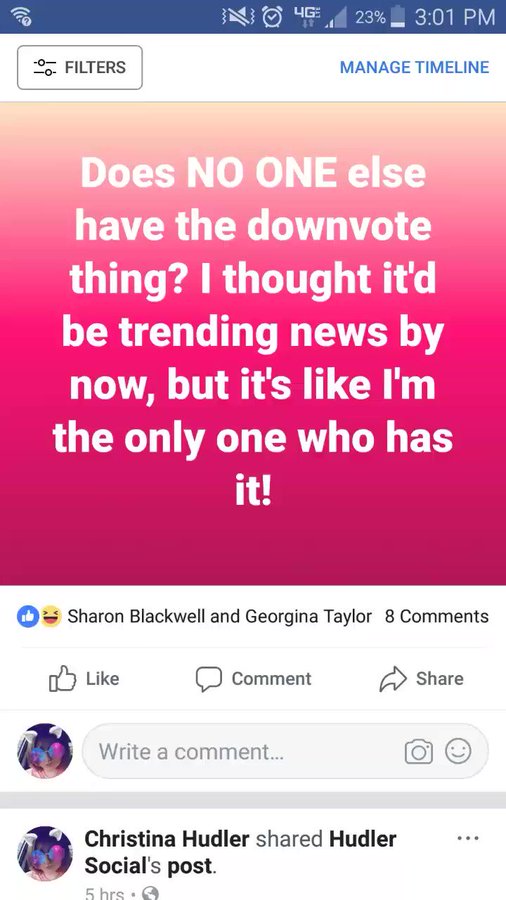 A quick video of what the #FacebookDownvote button looks like for me. Coming up next, a video of putting it into action thanks to a willing volunteer. #smm #socialmedia #socialmediamarketing pic.twitter.com/LlJG8fVwdA

The test is not the same as the piloted “dislike” button that suddenly appeared on Facebook’s proprietary Messenger app years ago.

“We are exploring a feature for people to give us feedback about comments on public page posts,” a Facebook spokesman told The Daily Caller News Foundation, while reiterating that it is not a “dislike button.”

“This is running for a small set of people in the U.S. only,” he continued. The test is also short-term, and more of a way to see how Facebook could improve, perhaps by indirectly weeding out unconstructive commentary, and, in their eyes, potentially fostering more fruitful digital dialogue in the process.

The test is currently running on five percent of Android users in the U.S., and only applies to public page posts, rather than content from friends or public figures.

The “downvoting” or downranking seems highly similar to the community process Reddit employs. And as many know, Facebook doesn’t mind copying the traits and features of competitors that it sees as successful.