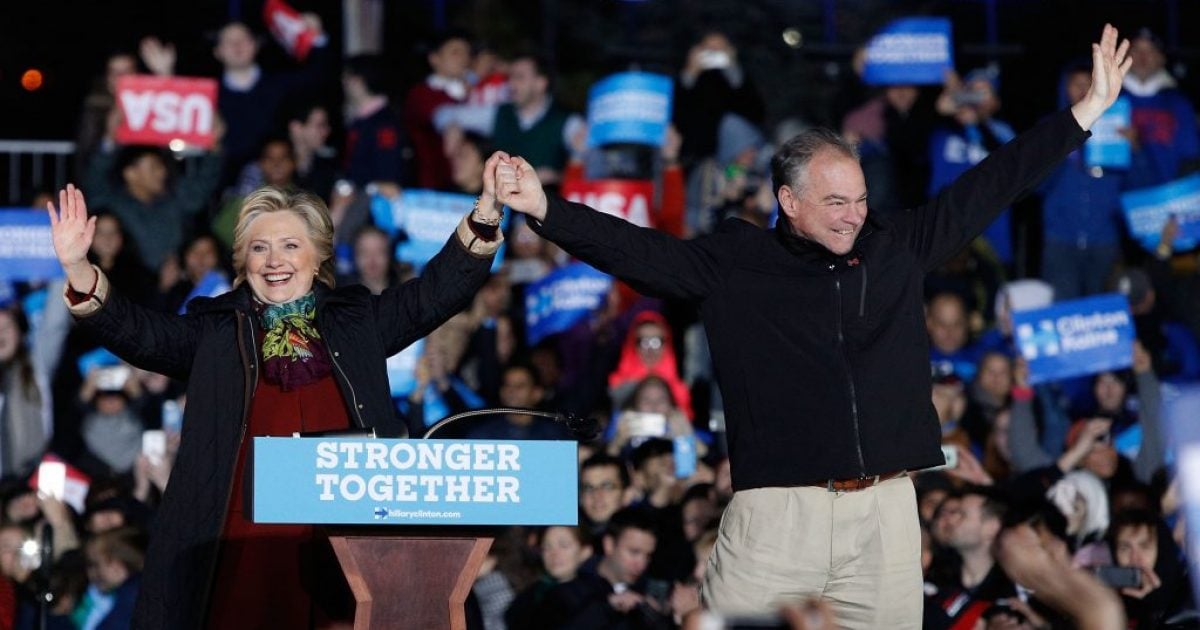 Kaine criticized Trump as not a “real leader” after the president told reporters to keep in mind that former staff secretary Rob Porter claimed he was innocent.

“What’s ‘sad’ is having a complete moral vacuum in the Oval Office. Domestic violence is evil, and there aren’t ‘both sides’ on this issue. Real leaders stand with survivors, not perpetrators,” Kaine tweeted.

What's "sad" is having a complete moral vacuum in the Oval Office. Domestic violence is evil, and there aren't "both sides" on this issue. Real leaders stand with survivors, not perpetrators.

What’s “sad” is having a complete moral vacuum in the Oval Office. Domestic violence is evil, and there aren’t “both sides” on this issue. Real leaders stand with survivors, not perpetrators.

Porter’s two ex-wives accused him of having a volatile temper and physically assaulting them during their respective marriages to him. Porter quickly resigned from his White House position Wednesday, but called the allegations “completely false.”

Trump told reporters Friday that the administration is “very sad” to see Porter go, before wishing him a prosperous career.

“We certainly wish him well. It’s obviously a very tough time for him. He did a very good job while he was in the White House. He says he’s innocent, and I think you have to remember that,” Trump said.