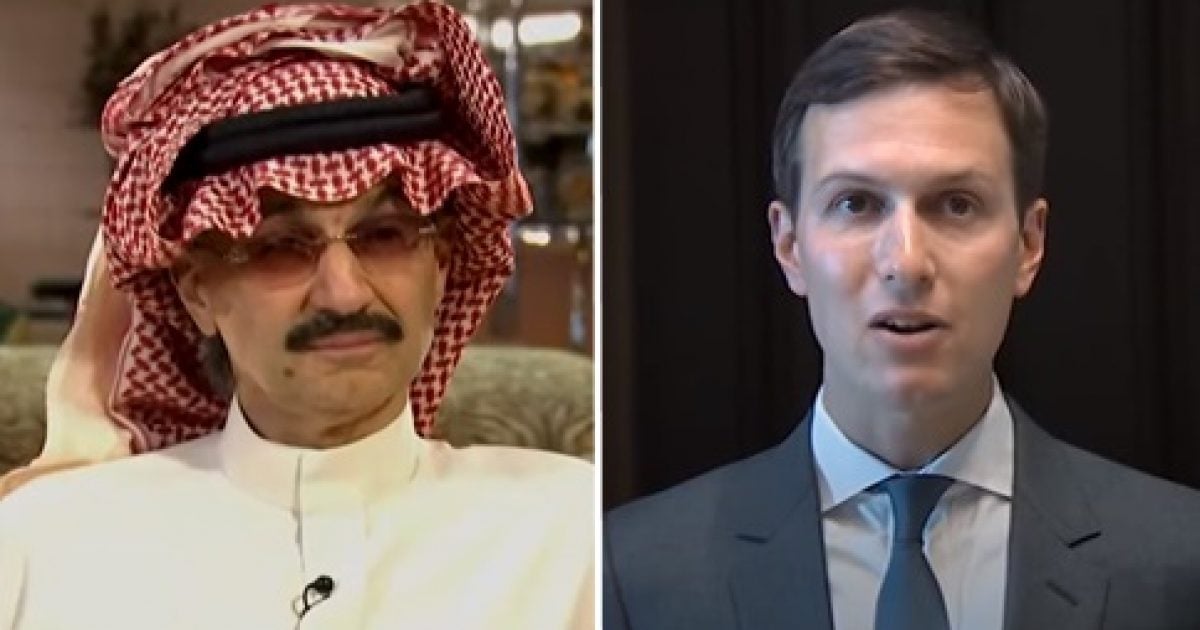 For all their talk about “right-wing conspiracy theories,” liberals are showing they won’t be left behind in the race to creatively fill in the dots in complex international issues–as long as it somehow ties back to the Trump administration.

The recent arrest of a Saudi Prince has the left’s imagination on overdrive.

Saudi Arabia’s Prince Alwaleed Bin Talal, a leading member of the royal family and internationally-revered investor, was one of the biggest fish caught in the country’s latest campaign to crack down on corruption, CNBC reports.

The billionaire prince, who owns shares in major US companies like Apple and Citigroup, has been highly sought-after for his financial advice on outlets like CNBC.

He also gained attention during the 2016 US Presidential election for his brief Twitter feud with then-candidate Donald Trump, who purchased a yacht from the President and invested in Trump’s Plaza Hotel back in the ’90s.

.@realDonaldTrump
You are a disgrace not only to the GOP but to all America.

Withdraw from the U.S presidential race as you will never win.

The President’s detractors have been quick to link Bin Talal’s arrest to a “secret trip” by Trump’s son-in-law and senior advisor, Jared Kushner, to Saudi Arabia late last month.

Weird that Alwaleed bin Talal denounced Trump, Kushner makes a secret trip to SA ten days ago, and then Alwleed is arrested on corruption.

Providing further ammunition to the conspiracy theorists, Bin Talal’s arrest on Saturday was followed on Sunday by the death of Saudi Prince Mansour Bin Muqrin on Sunday. Bin Muqrin, the governor of Saudi Arabia’s Asir region, was involved in a fatal helicopter crash while joining several officials on an inspection of The Governorate.

The day before the crash, the Saudi government intercepted a missile from Yemen. Saudi Arabia is in the middle of leading a major coalition against the allegedly Iranian-backed Houthis political movement, which has taken control of much of northern Yemen, including the nation’s capital.

Left-wing observers of these middle eastern affairs see these events as being related to the consolidation of power by Crown Prince Mohammad bin Salman, who currently serves as Saudi Arabia’s Defense Minister and is considered a force for modernization.

How this all supposedly ties back to President Trump and Jared Kushner is unclear. But, in true conspiracy theorist fashion, liberals aren’t letting the absence of evidence get in the way of their accusations.

Kushner meets with Mohammed bin Salman, who arrests Alwaleed bin Talal. Trump silences biz rivals and critics in SA. He will do that here.