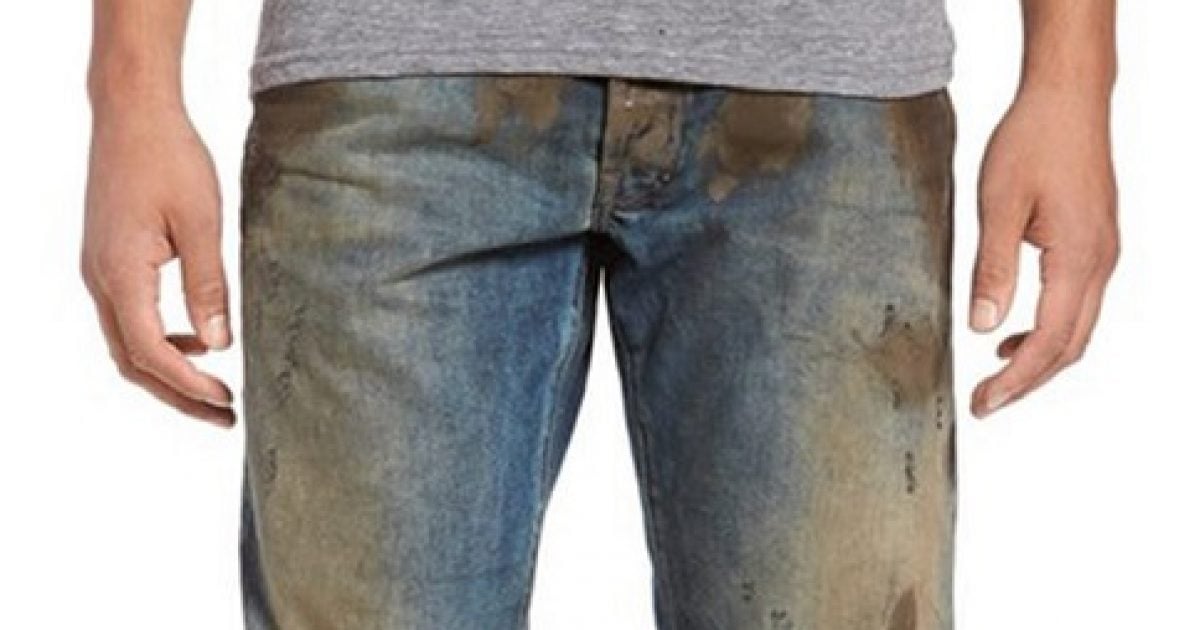 He called it “Authenticity for sale,” and his description was spot-on.

Popular conservative talk radio host Rush Limbaugh took on a new product that Nordstrom’s is marketing — blue jeans that take the distressed look to its extreme.

They’re pre-muddied. Not real mud, mind you — that would be entirely too disgusting. And they don’t come cheap. 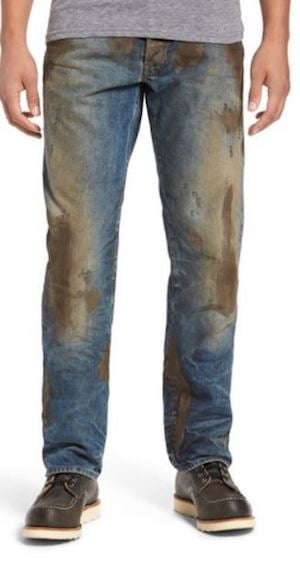 “Nordstrom is selling jeans, $425, that are already covered in mud,” Limbaugh told his listeners. “They are already described as having the appearance of heavily distressed. The Barracuda straight-leg jeans are for people who want to pretend like they have been working hard, who want to pretend that they’ve been out there getting down and dirty in the mud and the dirt and in the soil and doing real menial work.”

But with that $425 price tag, folks who really earn their living engaged in manual labor would be unlikely to afford them. But then again, the jeans aren’t being marketed with that customer in mind.

“They want to show how tough guys they are and how serious they are and how unafraid of filth and stuff that they are,” the talk radio host continued. “And a bunch of critics have surfaced and said this is exactly what’s wrong with America. People are trying to buy authenticity rather than be authentic.”

Limbaugh considered those who might purchase the jeans as little more than wannabes.

“So you’re a phony. You go out and you buy stuff that makes it look like you’re something that you’re not because you know in your heart you’re not who you want to be,” he said. “You’re never gonna be who you want to be. You’re nothing but a pretender. You’re nothing but a fraud. And so Nordstrom’s can help you further the fraudulent reputation by purchasing something you will never be: authentic.”

Serious question. What woman would go out in a date with a guy in these jeans? https://t.co/2pZRaHhY32

Former “Dirty Jobs” host Mike Rowe made it a cool thing to have a dirty job. But many people who may admire such work also tend to find it to be — well, dirty.

Rowe commented on the jeans during an interview with Fox News host Tucker Carlson.

“It’s like jeans for people who don’t have dirty jobs but want you to think they have a dirty job,” he said. “As a country, what the hell are we doing, man?”