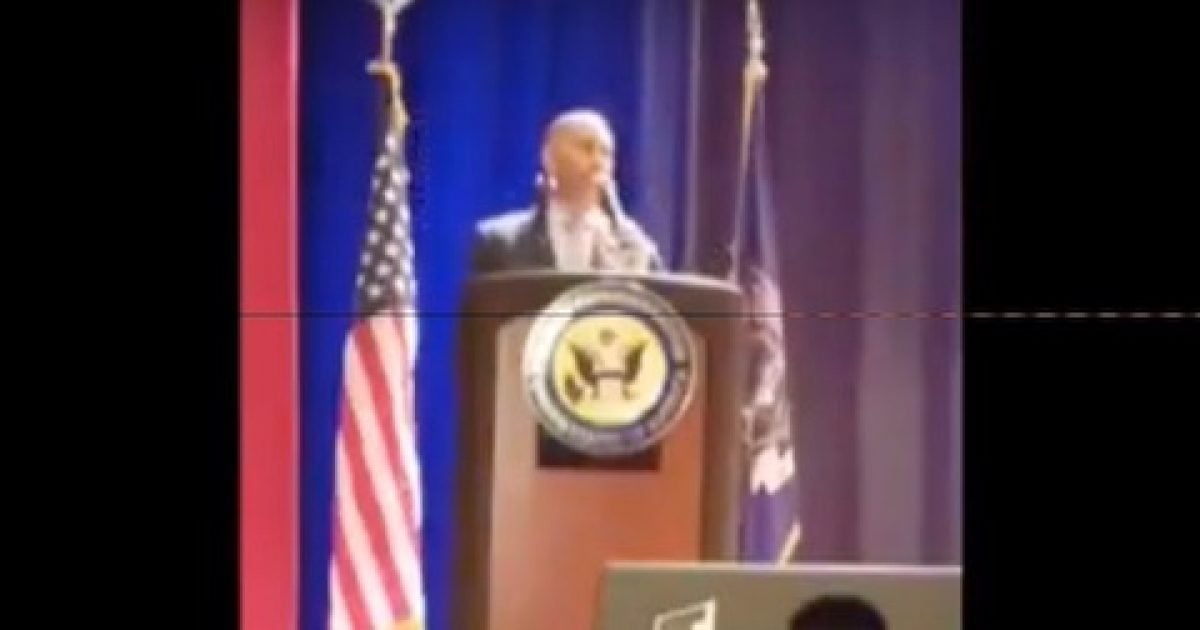 Now that Democrats have lost all power in the federal government, they fight back the way they did in grade school — they resort to name-calling.

“While Jim Crow may be dead, he’s got some nieces and nephews that are alive and well. And a few of them are running around 1600 Pennsylvania Avenue,” Jeffries said to laughs and cheers from the audience.

Jim Crow refers to state and local laws enacted in the post-Reconstruction South that were designed to enforce segregation between the races. They began phasing out from about 1955 to the enactment of the civil rights legislation of the mid-1960s.

Jeffries also took issue with Trump’s claims that he “inherited a mess” from the previous administration, and argued that it was President Obama who inherited the mess.

Over-the-top antics are nothing new to Jeffries. He was blasted last month for eulogizing a dead rapper-drug dealer on the House floor.

When the story hit social media, people couldn’t help but recall one significant trait of politicians in the Jim Crow South — they were mostly members of the Democratic Party.

@thehill Don’t know about that, but Jim Crow’s “nephew” was a long-time Democrat Senator from West Virginia…. pic.twitter.com/S2zsJwXf6C

@thehill Words like these from libs is divisive, rhetoric to alienate races from one an other, create a prob., point at it and then do zero about it.

@thehill Democrats….the LAST people on the planet who need to be talking about Jim Crowe.

@thehill Always seems to be a DEM referring to slavery but the GOP are the racist ?

@thehill I will agree/disagree w/ Trump on different issues. But the left has become a hateful cult stuck in perpetual outrage.

Examples of that “perpetual outrage” include Hillary Clinton referring to half of Trump supporters as a “basket of deplorables,” Sen. Elizabeth Warren’s comparison of the president to North Korean dictator Kim Jong-un, a school district’s comparison of him to Hitler and Mussolini and Rep. Maxine Watters’ obsession to impeach the president.

Get a life, kids.