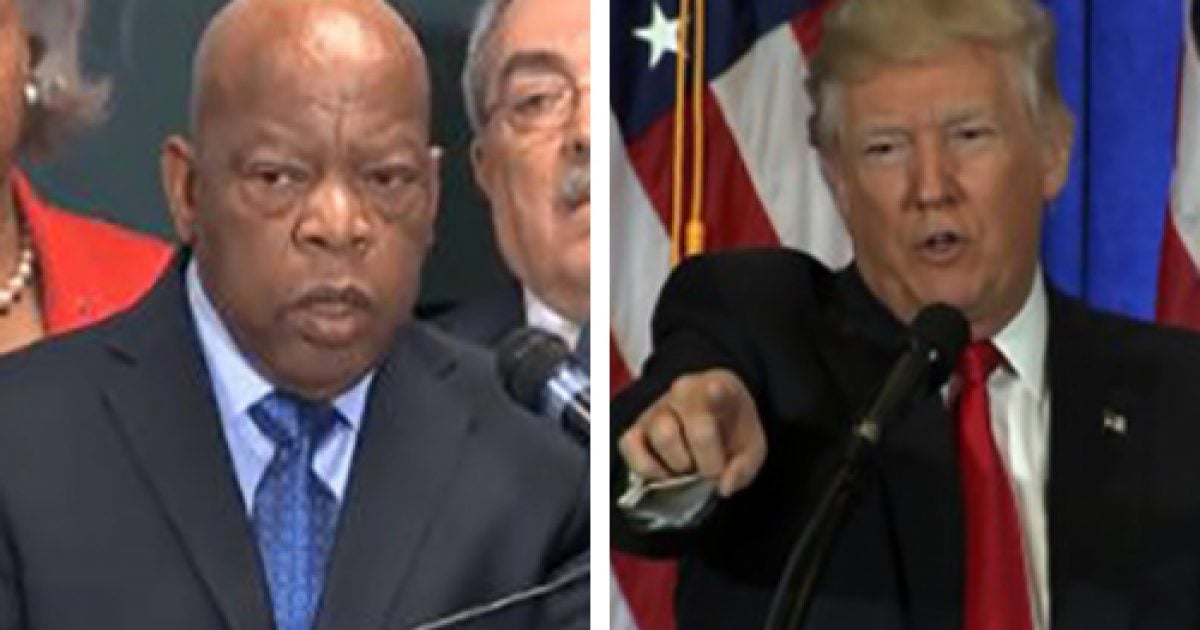 So maybe it’s not about Donald Trump?

The President-elect called out Georgia Rep. John Lewis for announcing that his planned boycott of Trump’s inauguration “will be the first one that I miss since I’ve been in Congress.”

Apparently Lewis has, in fact, skipped out on another inauguration of a Republican president and was forced to address the obvious slip in a statement on Tuesday.

The Georgia Democrat fueled headlines for days after saying he refused to accept Trump as a legitimate president in light of alleged Russian interference with the election.

Trump tweeted earlier Tuesday, pointing out that Lewis was either “WRONG” or lied about his past action.

John Lewis said about my inauguration, “It will be the first one that I’ve missed.” WRONG (or lie)! He boycotted Bush 43 also because he…

“thought it would be hypocritical to attend Bush’s swearing-in….he doesn’t believe Bush is the true elected president.” Sound familiar! WP

It actually did sound familiar to many who cited, as it seems Trump did, a Washington Post article  published on Jan. 21, 2001 that reported on Lewis skipping Bush’s inauguration.

The congressman’s office attempted to clarify his statement, admitting that he missed the inauguration of Bush.

“Rep. Lewis also missed one other inauguration, the first inauguration of President George W. Bush,” the statement read. “His absence at that time was also a form of dissent. He did not believe the outcome of that election, including the controversies around the results in Florida and the unprecedented intervention of the US Supreme Court, reflected a free, fair and open democratic process.”

John Lewis’s staff says he forgot that he boycotted George W. Bush’s inauguration: “That was almost 20 years ago.” https://t.co/Jpnpq1QYyI

Trump was attacked by many for defending himself against Lewis’ comments about the legitimacy of his presidency. But, it seems, Lewis grandstanding was not limited to this incoming president or the issue.

@FoxNews Sounds like Rep. Lewis has a history of being a sore loser when a Republican wins.

@GlennKesslerWP Hey, whom among us hasn’t forgotten attending a Presidential Inauguration, right? Happens all the time.

@redsteeze The pearl clutching wld’ve happened regardless of which republican got elected. DT just makes it more fun.