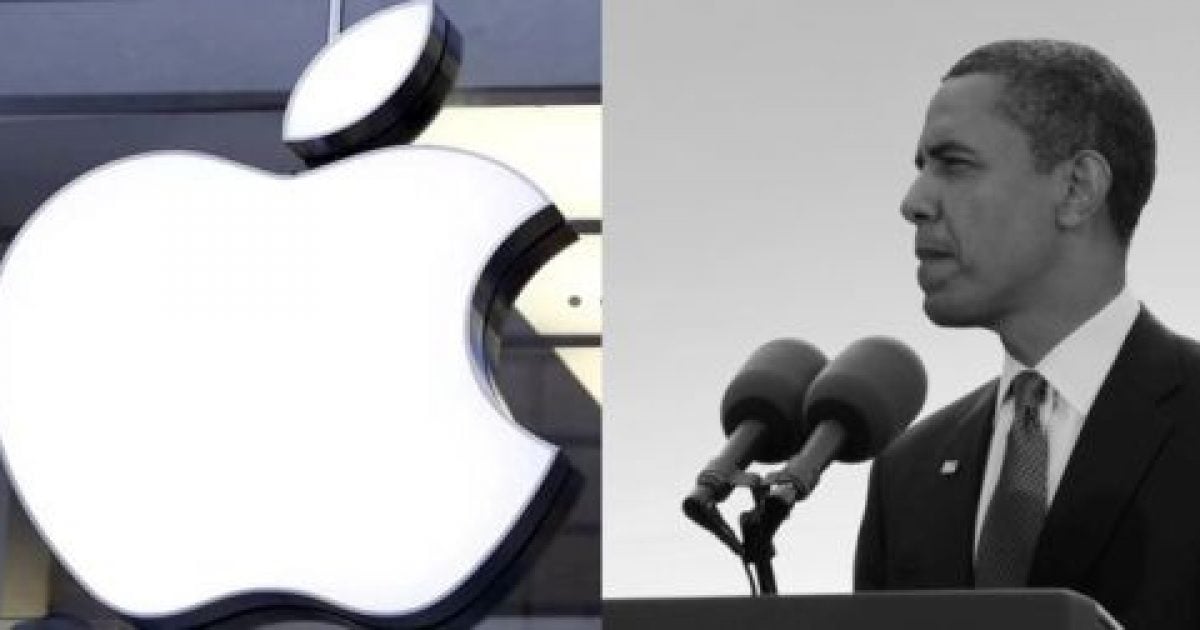 The iPhone encryption battle between Apple Inc. and the FBI is putting the White House on the hot seat.

The tech industry and privacy advocates are siding with Apple and its refusal to comply with a court order to unlock the phone used by San Bernardino terrorists Syed Rizwan Farook and Tashfeen Malik during their Christmas party massacre.

Facing them on the other side of the battle line are the FBI and, at least nominally, the White House, who is supposed to support its agencies.

But there’s one problem: Silicon Valley helped propel Obama to the White House, and a fight against tech giants is the last thing he wants in the last year of his presidency.

Siding with the FBI would also place him in agreement with Republican presidential front-runner Donald Trump.

The Hill reported, “Politicians in both parties and broad swaths of the public are pressing the White House to do more to combat the rise of domestic terrorism. Many lawmakers and roughly half of Americans are siding against Apple, arguing federal authorities need to have access to encrypted devices to fight crime and terrorism.”

Tim Edgar, a former director of privacy and civil liberties for the White House national security staff, indicated that the president has “conflicting political desires,” which is putting it mildly.

The president’s dilemma made its first appearance in 2013 when Edward Snowden, a former employee of an NSA contractor, revealed to what extent the federal government was keeping tabs on American citizens.

Since the Snowden affair, the White House has tried to please all sides — with the effect of not pleasing anyone.

“We really need an official statement from the White House … so we know exactly where they stand,” Amie Stepanovich, U.S. policy manager at digital rights advocate Access said.

White House observers are left wondering if the administration signaled its decision by giving the Department of Justice free rein while the White House remains mum.

“By letting the DOJ move forward on this case, [the White House has] allowed the FBI to push forward with a precedent-setting case,” Stepanovich said.

Upping the stakes, the American Civil Liberties Union, another Obama ally, has weighed in on the dispute.

“Everybody should recognize this case as a very real push from the FBI to expand its existing authority, expand what we routinely think of as the FBI’s ability to force private actors to assist with a criminal investigation,” Neema Singh Guliani, an ACLU legislative counsel said.