Francis W. Parker School, an elite private school in Chicago, defended its Dean of Students after he was caught bragging about giving sex toys to students, Fox32 Chicago reported.

“He was filmed without his knowledge or permission while describing one example of our inclusive, LGBTQ+ affirming, and comprehensive approach to sex education,” the school reportedly in a Thursday statement. “Veritas deceptively edited the video with malicious intent.”

The school then reportedly claimed that the Board of Trustees supports the curriculum.

The video of Bruno was released by Veritas on Wednesday and shows him admitting that students talk about “queer sex” and “using lube versus using spit” during Pride week.

Bruno thought he was speaking to a “conference attendee” over coffee, according to Fox32 Chicago.

The video resulted in backlash on Twitter as users vocalized their outrage using #ButtPlugDean. The video accumulated over 4 million views in 20 hours, Project Veritas reported.

James O’Keefe, Project Veritas founder, confronted Bruno outside of the school to ask about his comments. Bruno, however, retreated into the building, according to the video.

“Why are you running away?” O’Keefe asked.

BREAKING: #ButtPlugDean Joe Bruno flees scene and hides inside elite private school when confronted by James O’Keefe on the streets of Chicago pic.twitter.com/JnmwN2ynSZ

Francis W. Parker School and Project Veritas did not immediately respond to the Daily Caller News Foundation’s request for comment. Bruno could not be contacted. 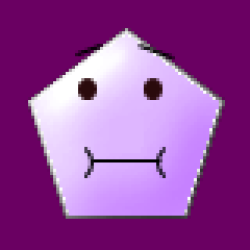