The U.S. government will begin purchasing mortgages worth more than $1 million for the first time in high-cost communities like New York City, a record driven by soaring home prices in recent years, The Wall Street Journal reported Tuesday.

The government, through a pair of companies known as Fannie Mae and Freddie Mac, has purchased mortgages from lenders since 2008, which removes risk from lenders, providing what’s known as a “backstop” for roughly half of the country’s $13 trillion mortgage market, according to the WSJ. The federal government backs two tiers of mortgages, those in the “national baseline” and in “high-cost areas,” with the limit for the national baseline pegged to the average price of homes nationwide, according to the Federal Housing Finance Agency (FHFA) Tuesday.

“Maybe the loan limit actually exceeding $1 million will get somebody’s attention and at least provoke a much needed policy discussion about the government’s footprint in the mortgage market,” Ed DeMarco, president of the Housing Policy Council, a housing trade group, and former acting director of the FHFA, told the WSJ.

US Home prices fell in September for the 3rd consecutive month. The 3-month decline of -2.2% is the largest since 2009. When the last housing bubble peaked in Feb 2007, prices fell 26% nationally. The same decline today would only bring home prices back to Sep 2020 levels. pic.twitter.com/3J0MQ3cjec

The government, through Fannie Mae and Freddie Mac, sells these mortgages to investors, with so-called “jumbo” mortgages that exceed the national baseline seen as a particularly attractive option for wealthy investors, according to the WSJ.

While the 30-year fixed-rate mortgage has at times passed 7% this year, mortgage rates cooled significantly to 6.61% in the week ending Nov. 17, off the back of unexpectedly low inflation in October, according to Forbes. The median sales price of existing homes was $379,000 in October, 6.6% higher than the same time last year, according to the National Association of Realtors (NAR).

“The median income needed to buy a typical home has risen to $88,300 – that’s almost $40,000 more than it was prior to the start of the pandemic, back in 2019,” NAR chief economist Lawrence Yun, said in a press release regarding the third quarter of 2022.

DeMarco noted that houses will remain unaffordable until the shortage of new houses is resolved, according to the WSJ.

This echoes Nadia Evangelou, senior economist and director of real estate research at the NAR, who previously told the Daily Caller News Foundation that housing prices were unlikely to come down until the supply crisis ended. 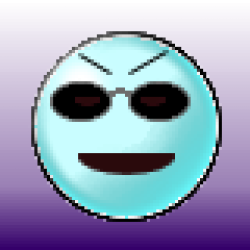