Chinese General Secretary Xi Jinping has staked his rule on a draconian “Zero-Covid” lockdown policy, making him unlikely to relent on his policies in the wake of widespread uprisings, experts told the Daily Caller News Foundation.

The anti-lockdown protests that began Friday quickly evolved into expressions of dissent against the Chinese Communist Party (CCP) leader Xi Jinping, but the CCP has demonstrated restraint in its initial response as it waits to see whether the protests will fizzle out or consolidate into a movement, experts told the DCNF. Xi is more likely to crack down on protesters than remove COVID-19 restrictions, because easing up could jeopardize a pillar of Xi’s authority, the experts said.

“I do not expect the CCP to moderate its policies or go soft on protests. This is the exact situation the CCP has been planning for,” former U.S. representative to the United Nations and president of the Victims of Communism Memorial Foundation Andrew Bremberg told the DCNF.

“This is about the future of the CCP and the nature of the rule of Xi Jinping,” Michael Sobolik, a fellow in Indo-Pacific Studies at the American Foreign Policy Council, told the DCNF.

While the regime could relent on Zero-Covid, experts saw that as unlikely. Abandoning the CCP goal to eliminate the virus would result in more infections and deaths in the short-term, as Chinese vaccines are ineffective and the elderly population has not built up natural immunity, Sobolik told the DCNF.

“But if they keep the lockdowns, the demonstrations are going to grow,” Sobolik added. “They have put themselves in a tough position.”

The Chinese government has not commented publicly on the protests or the disastrous fire in Urumqi, a city in Xinjiang, that killed at least ten people after quarantine barriers and locked doors allegedly prevented tenants and firefighters from escaping, The Associated Press reported. The tragedy ignited protests Friday, and demonstrations appeared to quickly diffuse to major cities across the country.

“My guess is that you’re going to see a very delicate balancing act and investigation over the next few days, because Xi Jinping is going to need a few pieces of information,” including whether the protesters’ demands demonstrate consistency across groups and cities, Sobolik said. “If they can placate some of these issues and prevent them from nationalizing, that is in the party’s interest.”

Municipal authorities eased on some COVID-19 restrictions Monday, but police also swarmed protest hotspots and performed random inspections of phones for software that individuals have used to coordinate protests and evade surveillance, the AP reported. Tuesday showed few signs of renewed protests as Beijing’s security apparatus came out in force, with some police calling protesters and warning against participation in further demonstrations, according to CNN.

Nevertheless, the party has so far been “pulling its punches” over the protesters, Sobolik said.

While protests regularly flare and fizzle in China, the latest wave shows unusual characteristics that could support a full-fledged movement, experts told the DCNF. While previous episodes remained localized, centered around a unique issue and championed primarily by the lower class, these started with middle class Chinese mobilized around a common cause — not only anger over Xi’s Zero-Covid policy, but opposition to the dictator’s hold on the CCP, Miles Yu, director of the China Center at the Hudson Institute, told the DCNF.

“This time, [it’s] no longer about a localized bread-and-butter issue,” Yu said.

Protesters in Shanghai called for Xi to step down, the AP reported.

“Even if the protests manage to increase in momentum, they are unlikely to seriously threaten Xi’s or the CCP’s hold on power,” Michael Cunningham, a research fellow at the Heritage Foundation’s Asian Studies Center, said in a statement to the DCNF. ” It is nearly impossible for protests to challenge the CCP’s grip on power unless they result in a split in the leadership.”

Other experts countered, saying a loosening of virus restrictions could expose a weakness in the party. The protests come just weeks after the 20th Communist Party Congress, where Xi secured a third term as president and established himself as the ultimate leader in China.

“This doesn’t speak well to his authority,” Sobolik said.

Xi has built his rule around Zero-Covid, using the policy as a way to both demonstrate the superiority of the Chinese communist system over Western liberalism, but also “as an opportunity to be testing their surveillance and detention capabilities,” Bremberg said.

“He cannot coexist with virus,” Yu told the DCNF. “The party is invincible and can do everything. [Xi] cannot admit he’s wrong.”

Xi and the CCP intended Zero-Covid policies to enable the state to “crush protests” and “ultimately to create a technology-enhanced authoritarian state,” Bremberg said. “The CCP correctly understands that their single greatest existential threat to their power is their own people.”

That threat to the regime could incentivize Xi to crack down, experts told the DCNF. Suppressing dissent — through increased surveillance, mass arrests or even a Tienanmen-square style massacre — could be the regime’s only option.

“The party is ruled by high pressure, and the pressure is so high that any crack could be mortal,” Yu said.

“The one thing we know for a fact is the fundamental political calculus: Xi Jinping will do whatever he needs to do to stay in power,” Sobolik told the DNCF. 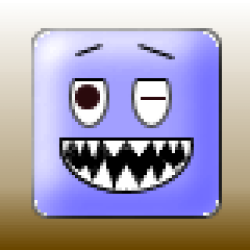