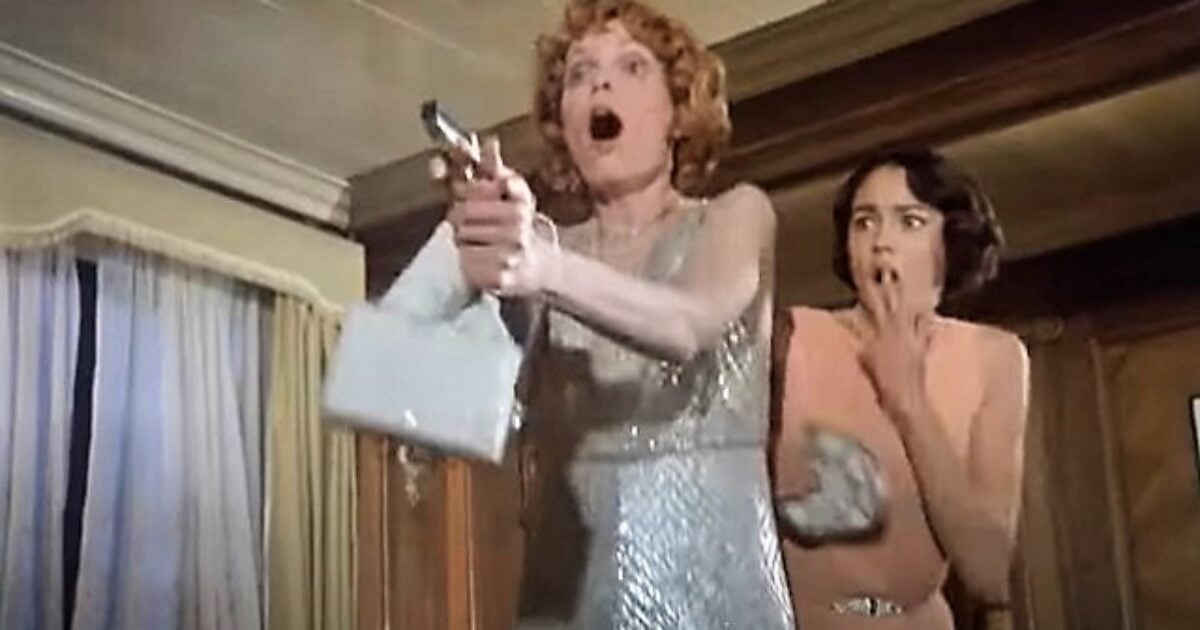 Nothing is off limits for the radical left when it comes to promoting the false narrative that America is an inherently racist nation incapable of redemption, or the equally false notion that stricter gun control is the answer to school shootings.

This being a wise lesson American corporations should heed in the rush to embrace the left’s divisive racial justice agenda in the hope that they can satiate the beast to avoid being devoured by it.

A prime example of this was a barb from liberal actress Mia Farrow directed at Disney over a movie poster, of all things, promoting a new holiday film, titled “Home Sweet Home Alone” which is a rebooted version of the classic Christmas movie “Home Alone” — the remake coming after Disney’s merger with 20th Century Fox, which released the original film in 1990 starring Macaulay Culkin.

The problem for Farrow being, for starters, that child actor Archie Yates is a white male. Add in the fact that he is holding a couple of toy guns and you have a double trigger.

“A white, male kid carrying 2 huge guns in the time of mass school shootings? Really @Disney? Surely u can find a more positive image to promote your film,” Farrow tweeted.

A white, male kid carrying 2 huge guns in the time of mass school shootings? Really @Disney ? Surely u can find a more positive image to promote your film https://t.co/8j2xTF9yE3

The demonization of white males in America is accepted as a politically correct assertion, apparently in retribution for all the suppressing that went on long before most white males alive today were ever born.

Of course, Farrow’s view on guns is well known. Over the summer, in a now-deleted tweet post in response to a shooting in the Bronx, Farrow declared: “Humans are a species that should not have guns.”

Unless those humans are part of her security detail, we presume. Or if a role in a film requires a gun, as seen in the screenshot below of Farrow in the 1978 Agatha Christie movie adaptation “Death on the Nile.” Another Farrow tweet from March 2021 is still up, coming in response to the shooting at a King Soopers supermarket in Boulder, Colorado, where ten people were killed, including a police officer — earlier this month, a judge declared the alleged shooter, Ahmad Al Aliwi Al-Issa, mentally incompetent to stand trial.

Farrow was a little more specific in this tweet on what guns she will or will not allow: “Boulder shooter carried an AR-15. No civilian needs to own or carry such a weapon.”

Boulder shooter carried an AR-15. No civilian needs to own or carry such a weapon #GunReformNow

Social media users weren’t buying what the actress was selling. After all, as one user pointed out, it’s “a movie about a child protecting his home with toys and paint cans.”

Take away the toys
Take away guns from innocent citizens
Allow gun criminals no bail, no jail time
Can’t you see this is not working? https://t.co/73eCoaVUJb

Are you kidding me? All I see are some TOYS!

Mia either you need to clean your glasses or you should get another better pair! https://t.co/yftwpnCqL0

C’mon Mia, even for you this is over the top.

They’re toys. It’s a movie about a child protecting his home with toys and paint cans.