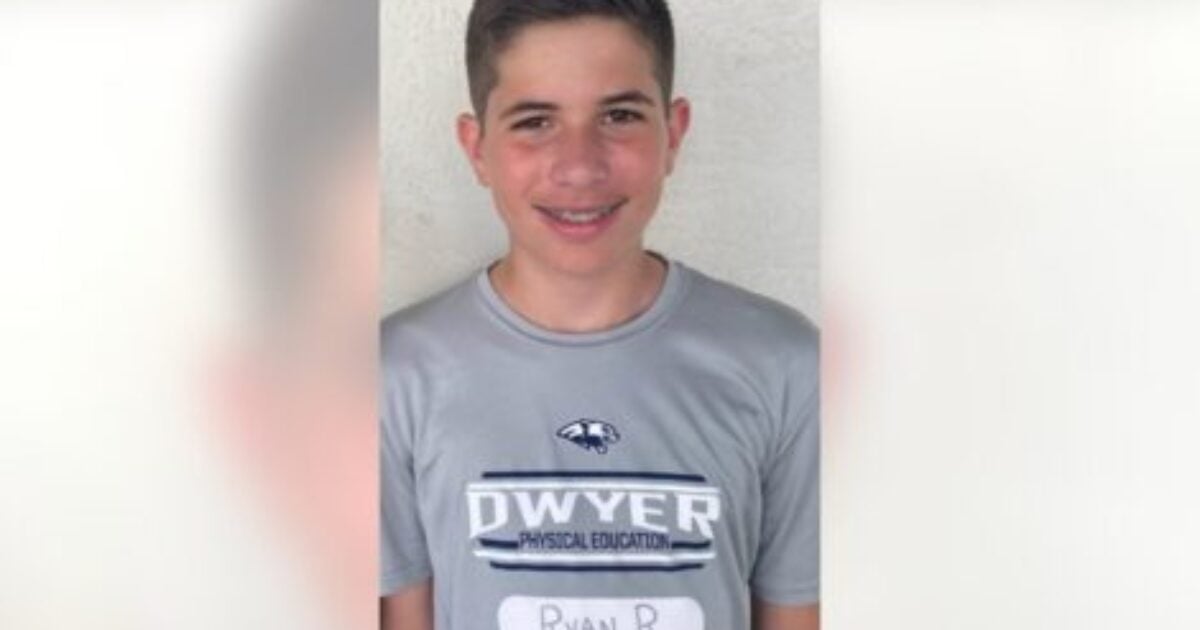 In the latest development in the stabbing death of a South Florida teenager, authorities have discovered disturbing content on a YouTube channel belonging to the alleged murderer of 14-year-old Ryan Rogers.

On November 15, Rogers left his Palm Beach Gardens home for a bike ride from which he would never return. His parents became concerned when he still hadn’t come home by 10:30 p.m. and called in a missing persons report. Following a search, his lifeless body was discovered the next morning, leaving his family devastated and law enforcement scrambling to find answers for his senseless death.

This week, the man believed to be responsible for cutting Rogers’ young life short with a vicious and horrific act was arrested when 39-year-old Semmie Lee Williams Jr., a “homeless drifter” who was described by the Palm Beach Gardens police chief as a “dangerous monster,” was taken into custody in Miami-Dade County where he has been charged with first-degree murder.

#BREAKING: 39-year-old Semmie Williams Jr, a homeless drifter from #Miami, has been arrested on a first-degree murder charge for the killing of 14-year-old #RyanRogers. He was denied bond this morning in court. #PalmBeachGardens police say this was a random attack. pic.twitter.com/HVIrP2amNm

Location data from the teen’s phone placed him in the vicinity of an I-95 overpass that evening, surveillance camera video footage revealed a man thought to be Williams near the same overpass – where Rogers’ body was found around 7:30 p.m.

Williams has an extensive criminal rap sheet and history of violence spanning at least 3 states including “an assault involving strangulation. In that case, the victim was a senior citizen,” according to a report from West Palm Beach CBS affiliate WPEC.

Police who have knowledge of the YouTube channel which has Williams’ name and image told Fox News Digital that there are “hundreds of short cellphone videos, he complains that he is stalked, abused and harassed by members of the public and police – often accusing passersby of being secret police, racists and cult members.”

“They are captioned and narrated ways describing scenarios that the videos do not appear to support. Many are simply titled “gang stalking,” while others allege racism, “child endangerment” and “possible criminal activity.”  according to Fox News Digital.

The channel which was labeled “Semmie one seven” also reportedly contains video that could further link him to Rogers’ murder.

In addition, Fox Digital reports, “In another alarming clip posted on Nov. 16 – the day after Williams allegedly stabbed Ryan to death under an I-95 overpass – a video declared “my next movie is gonna be ‘Blade 3:16.’” Posts from around that time appear to show him filming landmarks in Palm Beach Gardens – about 80 miles from where authorities later picked him up in Miami.”

WPEC also reported on the video, “They have chips, implanted all over my body right. They’re also reading my mind through my ears,” Williams says, holding the camera facing away from his face.

The news channel also cites a psychologist whom they showed the YouTube videos to.

“It doesn’t take a Ph.D. to realize you’re looking at a person with a mental illness,” said Dr. Raphi Wald who added, “There’s some involvement of delusion because it’s something that’s not actually happening and there’s paranoia.”

Williams will have his day in court and, if found guilty, will be locked away where he will no longer be a menace to society.