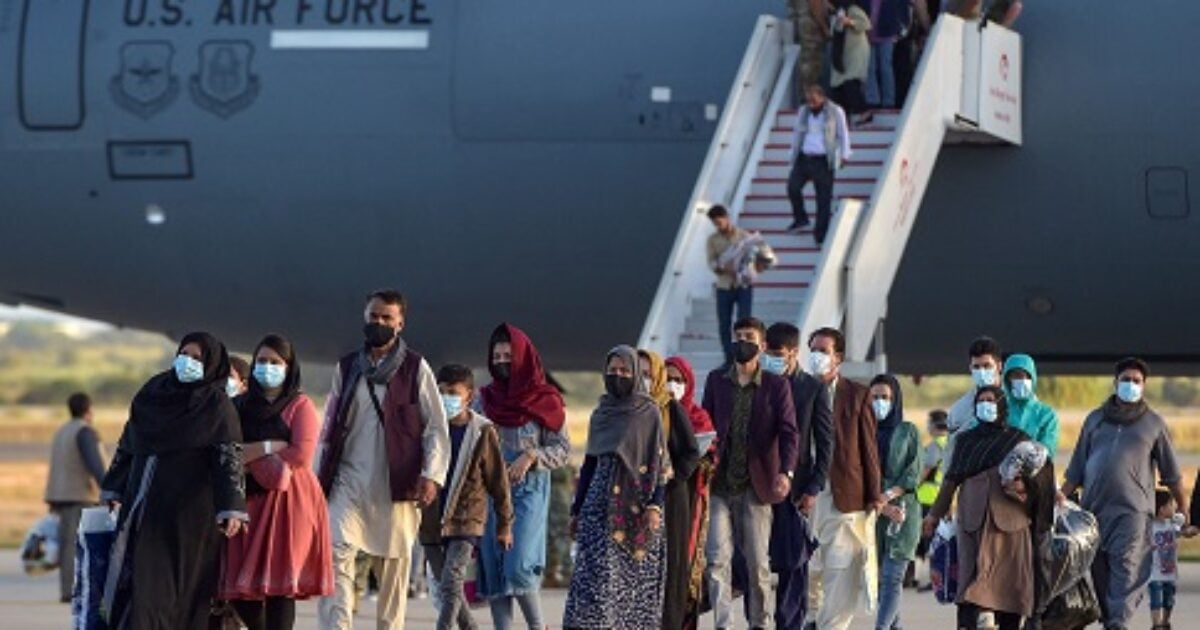 Back in August, as the Biden administration prepared to dump 82,000-plus Afghan refugees onto U.S. soil, the U.S. Department of Homeland Security assured Americans that it was “working around the clock to conduct the security screening and vetting of vulnerable Afghans before they are permitted entry into the United States” and taking “multiple steps to ensure that those seeking entry do not pose a national security or public safety risk.”

We were told that “the rigorous screening and vetting process, which is multi-layered and ongoing, involves biometric and biographic screenings conducted by intelligence, law enforcement, and counterterrorism professionals from DHS and DOD, as well as the Federal Bureau of Investigation (FBI), National Counterterrorism Center (NCTC), and additional intelligence community partners.”

Biden’s DHS touted a thorough review of “fingerprints, photos, and other biometric and biographic data for every single Afghan before they are cleared to travel to the United States.” Afghan nationals, we were told, “undergo a primary inspection when they arrive at a U.S. airport, and a secondary inspection is conducted as the circumstances require.”

In September, thoroughly vetted Afghan refugee Bahrullah Noori, 20, was charged in Wisconsin with three counts of engaging in sexual acts with a minor, including one allegedly involving the use of force, plus a fourth count of attempting to engage in such acts with a minor while using force. The crimes were allegedly committed against 12- and 14-year-old boys in the bathroom and residential areas of Fort McCoy. It’s the same base where another thoroughly vetted Afghan refugee, Mohammad Haroon Imaad, 32, was charged in early September with assaulting, choking and suffocating his wife.

Also in September, a female soldier at Fort Bliss reported being assaulted on Sept. 19 “by a small group of male evacuees at the Dona Ana Complex in New Mexico.” The military base said it was adding “better lighting” to address the attack. No arrests have been made.

This is undoubtedly the tip of the iceberg, given my past reporting on more than 60 refugee-jihadists (“refujihadis”) who slipped past our “rigorous” and “thorough” vetting system over the past decade. In my long experience, independent efforts to track criminal arrests of refugees and immigrants are stymied by politically correct media whitewashers who obscure the national origin and citizenship status of suspects.

How much of an illusion is the “multilayered,” “biometric” and “biographic” vetting of Afghan refugees?

Over the holidays, with almost zero news coverage outside the Washington Examiner and New York Post, a Senate Republican memo reported that “almost none of the 82,000 people airlifted from Kabul in August were vetted before being admitted to the United States, despite claims to the contrary from the Biden administration.”

The memo reportedly noted that “Afghans without any identification or records were approved for travel to the United States as long as their fingerprints or other biometrics were not already in a U.S. Government database and connected to derogatory information (e.g., a known terrorist, terrorist affiliate, or criminal.) Federal officials relayed that few Afghans know their birthday, which has resulted in a number of evacuees’ date of birth logged as January 1.”

In October, The Wall Street Journal reported that Republican lawmakers had been pressing the Biden administration on “how many Afghans traveled without any paperwork.” No answers yet. Tick tock.

Andrew R. Arthur of the Center for Immigration Studies makes a good point about how federal officials admitted they didn’t have any training, anyway, in identifying phony Afghan documents from real ones: “What good would a requirement that evacuees provide identity documents do if those reviewing the documents cannot tell good ones from fake ones?”

In early November, Sen. Rob Portman, R-Ohio, revealed in a floor speech that “there are at least 10 evacuees who made it past all this screening into the United States prior to the national security concerns being raised and causing them currently to be detained in federal facilities as a national security threat. That’s 10. We don’t know how many more there are.”

Open borders plus bleeding hearts equal a demographic nightmare. Homeland security is a joke. There is no vetting.

When will you learn, America?