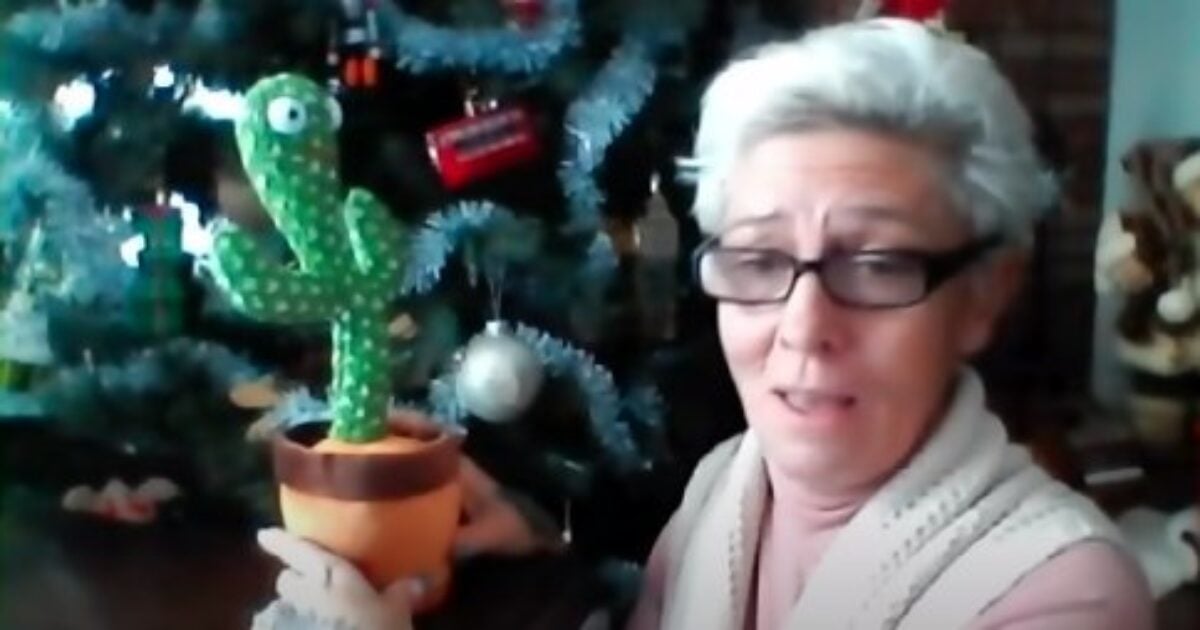 A grandmother got the shock of her life after purchasing a toddler-friendly “Dancing Cactus Toy” that speaks three languages from Walmart for her granddaughter only to find out it sang about cocaine use and suicide in Polish.

Walmart Canada scrambled to pull the toy after the complaint went viral. It was selling for $25.85 and is manufactured in China. It plays songs in English, Spanish, and Polish and was intended as a learning toy, according to Canada’s CTV News.

One of the songs the toy plays is “Where Is The White Eel?” It’s a Polish rap song by Cypis released in 2015 that features profane lyrics about smoking cocaine and suicide. The rapper claims he had no idea the Chinese manufacturer was using his song and is considering suing over it.

The rap song begins, “The only thing in my head / is five grams of cocaine, fly away alone / to the edge of oblivion,” according to lyrics that were obtained from a translation website.

“Chemparty, I wanna go skiing / To the dealer, not the Alps / Oh f**k, I think I’ll die,” another verse states.

The rapper is not the only one who’s angry. Complaints in Europe about the toy go back to at least July.

Ania Tanner, a Canadian Polish grandmother, was beside herself when she listened to the toy after buying it for her 15-month-old granddaughter. Since she speaks Polish, she fully understood the song being belted out by the toy.

“It just so happens that I am Polish and when I started to listen to the songs and I heard the words,” remarked Tanner to CTV News. “I was in shock. I thought ‘Is this some kind of joke?’”

“This toy uses swear words and talking about cocaine use,” she stated. “This is not what I ordered for my granddaughter.”

“It’s about taking five grams of cocaine and being alone … It’s a very depressing song,” the grandmother added.

Walmart has been forced to take Cocaine Ranting Cactus Toy's off it virtual shelves
It sang about cocaine, suicide, and depression. pic.twitter.com/9X0tFS5qFK

Tanner commented, “I just don’t want anybody before Christmas to think this is a great toy and go online and have the same thing happen, that happened to me.”

Others shared videos of the toy online.

“Bought my daughter a dancing cactus toy…that appears to be singing and dancing to a polish song about cocaine addiction???” @LisaMahapatra tweeted.

Bought my daughter a dancing cactus toy…that appears to be singing and dancing to a polish song about cocaine addiction??? pic.twitter.com/43NE4ZopZk

“It should be stated CLEARLY in the description that there are three songs. One is instrumental. One is Spanish. And the other is a Polish song about cocaine,” wrote one enraged Amazon reviewer who said they were sending the toy back.

“Who the hell advertises as a toy for children that plays songs about cocaine?!?!?” demanded another Amazon user.

Walmart gave a stock response when asked by CTV News about the toy: “These items are sold by a third-party seller on our marketplace website. We are removing the items while we look into this complaint further.”

There are dozens of versions of the toy that are reportedly still available on Amazon.ca, including a number of them with similar reviews from shocked parents and grandparents warning others of the swearing and cocaine references, according to blogTO.