While truth may have been the first casualty in post-Obama America when it comes to the progressive left, a sense of humor certainly had to be the next fatality.

Look no further than the pearl-clutching, sanctimonious outrage machine cranking up over U.S. Rep. Paul Gosar, R-Ariz., sharing an animated video that appears to be inspired by Japanese manga “Attack on Titan” created by Hajime Isayama — the 90-second video opens with Gosar’s name under Japanese text that reads “attack of immigrants.”

In the footage, a likeness of Gosar strikes at U.S. Rep. Alexandria Ocasio-Cortez, D-N.Y., with a little help from a couple of freshman GOP colleagues often in the news, and appears to attack President Joe Biden with a pair of swords. The snippet featuring AOC is so subtle that it’s easy to miss and while the focus is on the perceived violence, one suspects the real issue at play here is drawing attention to the perils of illegal immigration.

“Any anime fans out there?” Gosar tweeted, in sharing the video.

Any anime fans out there? pic.twitter.com/TxX4qiJhOi

Salon offered an informative, detailed breakdown of the video:

The video then goes on to show footage of immigrants at the southern border, overlaying the footage with anime-style special effects and crosscutting with interstitials that read “drugs, crime, poverty, money, gangs, violence” and “trafficking.”

About midway into the video, “Attack on the Titan main character Eren Yaeger is shown in a mashup of clips with Gosar’s face photoshopped onto the cartoon character. Swords in both hands, the fictionalized Gosar scales a European-esque urban landscape alongside cartoon versions of Reps. Marjorie Taylor Greene, R-Ga., and Lauren [Boebert], R-Colo., until slaying what appears to be a titan with Ocasio-Cortez’s face photoshopped onto it.

Toward the end, the cartoon Gosar is shown leaping into the air with his blades unsheathed moments before striking the photoshopped head of President Joe Biden.

In addition to the disclaimer, Twitter said a statement, “We have placed a public interest notice on this Tweet as it violates our hateful conduct policy. As is standard with this notice, engagements with the Tweet will be limited. People will be able to Quote Tweet the Tweet, but will not be able to Like, Reply or Retweet it.”

The usual suspects in the media led the outrage as seen from Mediaite, which described the scene involving Ocasio-Cortez as “an insane anime mash-up … wherein Gosar is depicted killing his colleague.”

Naturally, AOC seized the moment to do what she does best, play the victim as a woman of color… while demonizing the opposition by effectively calling Gosar a Nazi:

“So while I was en route to Glasgow, a creepy member I work with who fundraises for Neo-Nazi groups shared a fantasy video of him killing me And he’ll face no consequences bc @GOPLeader cheers him on with excuses. Fun Monday! Well, back to work bc institutions don’t protect woc”

So while I was en route to Glasgow, a creepy member I work with who fundraises for Neo-Nazi groups shared a fantasy video of him killing me

And he’ll face no consequences bc @GOPLeader cheers him on with excuses.

The tweet could evoke a worthy debate over which action is more dangerous, posting an anime feature — see cartoon — that subtly depicts certain figures, or dehumanizing an opponent in the eyes of a radical base infamous for unhinged behavior. Just ask U.S. Rep. Steve Scalise, R-La., who was shot by a Bernie Sanders supporter at a congressional baseball practice in 2017.

Of course, one tweet would just not suffice for the self-described democratic socialist who thrives at casting herself as the downtrodden:

All at my job 🙃 & nothing ever happens

In a third and fourth offering, her true nature surfaced as Ocasio-Cortez verbally attacked Gosar as a white supremacist who can’t “open a pickle jar or read a whole book by himself.”

“Anyways, back to business,” she tweeted. “This dude is a just a collection of wet toothpicks anyway. White supremacy is for extremely fragile people &sad men like him, whose self concept relies on the myth that he was born superior because deep down he knows he couldn’t open a pickle jar or read a whole book by himself.”

As for the manufactured outrage, here’s a sampling of the wares from Twitter:

Every day these white supremacists push the limits further and further to see how far they can go without consequences.

This puts lives in danger. Enough with the violent bigotry.

This is sick behavior from Rep. Paul Gosar. He tweeted out the video showing him killing Rep. Ocasio-Cortez from both his official account and personal account. In any workplace in America, if a coworker made an anime video killing another coworker, that person would be fired. pic.twitter.com/0ygBfE6bEL

This is absolutely sick and certainly meets the threshold for his accounts to be suspended.

I introduced a resolution earlier this year calling for his censure after his dangerous, gaslighting comments about January 6th. This blatant call to violence is grounds for expulsion. https://t.co/nI1VW2napK

This is abhorrent behavior, and comes in a long line of Republican members harassing and threatening violence against members of our Caucus, most often women of color.

Everyone deserves a workplace free from abuse — including in Congress. @GOPLeader must respond with action. https://t.co/RM721Uv4kU

A direct physical threat by one Member of Congress against another is the act of a domestic terrorist, i.e. committing violence for political purposes.

Expulsion from Congress must be on the table. https://t.co/BK5wed0NnE

Even U.S. Rep. Adam Kinzinger, R-Ill., got in on the act. The Trump-hating lawmaker recently announced that he is not running for reelection and is seemingly engaged in an ongoing public audition to be added to CNN’s stable of Republicans willing to bash their own party in exchange for notoriety.

This will continue. Of course @gop and @GOPLeader can condemn this proactively (not some sidestepping comment when asked about it.). They won’t. The “arm-pit farting” of our politics is why we are failing the people. https://t.co/JYwc5gG96B 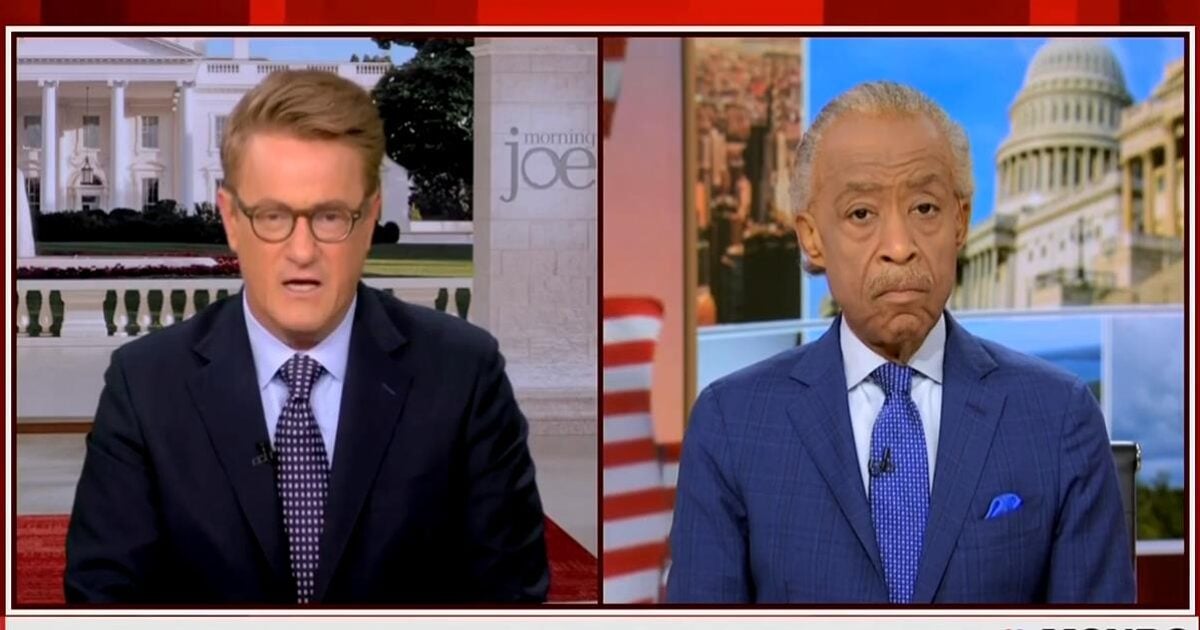