With the U.S-Mexico border crisis worsening, I thought I would check it out firsthand. It was my first trip to the border since the new administration. As a life-long Texan, I used to enjoy the “good old days” of crossing the Rio Grande into Mexico for shopping, dog races, or a casual dinner. Those days are long gone.

My adventure started Monday, October 18th. I arrived in McAllen, Texas, and was limited to a single-day trip. What surprised me, but I should have expected, was just how quiet everything appeared along the border.

Lt. Chris Olivarez of the Texas Department of Public Safety guided me to the critical locations, enabling me to see a much larger story than politics and most media spoon feed to us.

Lt. Olivarez told me 2021 has seen unprecedented numbers of people from about 150 countries intercepted entering the U.S. illegally. Unknown numbers of successful group crossings make it impossible to know the actual number of illegal entries into the U.S. Illegal immigration is not a racial issue but a legal one. Like many of the Border Patrol and Texas Department of Public Safety officers, Lt. Olivarez is Hispanic. Their job is to enforce laws passed by Congress and the State of Texas. Olivarez and his law enforcement colleagues get frustrated when people attempt to make it a racial issue.

Like the routine daily summer rains in Mexico, I saw preparations underway to receive the regular daily storm of illegals attempting to advance into Texas. The cartels have complete control in the lower Rio Grande area, and no one crosses without their permission.

Lt. Olivarez spoke of the many large groups crossing together, necessitating law enforcement action and all too often leaving gaps in border security where the runners and “got aways“ cross undetected. According to various news reports, the cartels are running a highly lucrative business making up to fifteen million dollars a day trafficking people, sex, drugs, and whatever else profits them.

Together, we watched federally funded buses arrive at the processing center under the Mission International bridge as if responding to a transportation reservation request at a theme park or high-end resort. The facility appeared to be more of a welcoming center. Not only are large groups unafraid of law enforcement interception, but signs also direct them into the center for the briefest of time before rushing them out of public sight.

While minimum security and health (COVID) vetting occurs, individuals are often let go or turned over to non-government organizations (NGOs) which happily contribute to resettling people throughout the United States. Lt. Olivarez told me during my visit if your community hasn’t received a shipment of new residents yet, it may not be long before you do.

My tour of the Texas-Mexico border with Lt. Olivarez next had me standing next to an uncompleted stretch of the most impressive border wall I’ve seen. Next to it was a large stack of decaying wall materials. I was frustrated with our federal government wasting tax dollars and purposefully inhibiting Texas from employing security attempts to enforce U.S. law.

Gov. Abbott is leading Texas efforts to enforce federal laws aggressively and secure the border despite federal force at every turn via executive order or lawsuit to inhibit or stop it. A few other states have sent funds and troops to support the action, which those serving on the front line appreciate.

As I wrapped up my visit, Lt. Olivarez forewarned me I would see illegals upon my return to the McAllen airport. He was right. While inbound flights were half full, all outbound flights were full. At least half of those on my flight to Houston were border crossers proceeding to their desired American location. At first, I didn’t see them, and then it seemed they were everywhere. Single young men and family units carried their folder with air tickets, a document saying they didn’t speak English, and other documents.

Each of the men wore the same new tennis shoes and new pants. Their shirts varied, but all carried identical duffle bags that appeared to have the same number of contents. I noticed passports from El Salvador, and two of the ladies had ankle monitors I suspect would be ‘lost’ along the way.

I was left with more questions than answers and look forward to returning to the border soon, searching for them, including:

-Why does the U.S. government enable, if not directly support, transporting illegals throughout the country?

-Who really is paying the cartels to bring people across the border?

-Who is paying to transport the aliens via plane?

-Who is paying to support illegals at their final destinations?

-Why does much of the media ignore this situation?

Like you, I think I know some of the answers. I wish the media and government would discover the details. One thing is for sure. We citizens are being had, facing increasing national, economic, and health security threats. 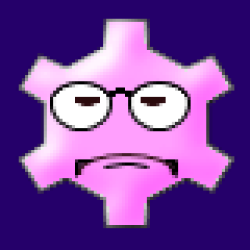