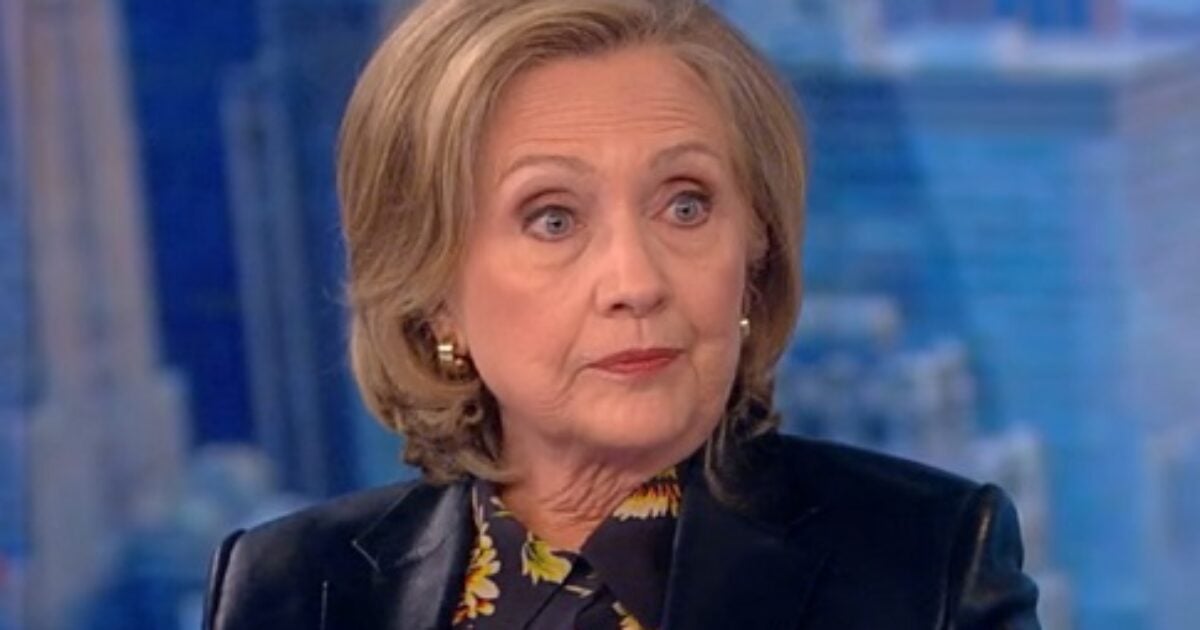 Hillary Clinton appeared on ABC’s “The View” on Monday to offer another of her trademark hyperbolic declarations, this time that the country is facing a “high-level” attack on the legitimacy of elections and the U.S. government as a whole. She made sure to state it very slowly and to enunciate as one might to a child.

The statement came after she was asked how close she felt the country came to a “full-on constitutional crisis” following the events of Jan. 6.

“You know, I think we not only came close to a full constitutional crisis, I think we’re still in it,” Clinton responded, “And that gives me absolutely no satisfaction in saying this because I think we’re at a very dangerous, continuing high-level attack on the legitimacy of our government and the election of our president.”

But that doesn’t really follow, because according to Hillary Clinton circa. 2019, then-President Trump was an “illegitimate president.”

“I believe he knows he’s an illegitimate president,” Clinton told CBS in 2019. “He knows. He knows that there were a bunch of different reasons why the election turned out the way it did.”

Arguably, the biggest reason the election turned out the way it did was because Hillary Clinton was a candidate in it.

“I don’t know if we’ll ever know everything that happened, but clearly we know a lot and are learning more every day- history will probably sort it all out,” Clinton added.

During the interview, Clinton added, “We are still in the midst of a concerted, well-funded effort to undermine American Democracy.”

So, is Joe Biden also an illegitimate president?

Since conceding defeat to Donald Trump in the 2016 presidential election, Hillary has maintained that Russian collusion was the reason for her loss. But approximately $32M and almost two years after it began, the infamous Mueller investigation failed to provide evidence of any conspiracy between Russia and the Trump campaign.

But, the singularly-minded Clinton can’t seem to get over losing to Trump, a common psychological malady on the Left.

A November 2018 Economist/YouGov poll showed a staggering 67 percent of Democrats believe it is “definitely” or “probably true” that Russia tampered with vote totals in order to elect Trump, despite any evidence in support of that. Mueller’s investigation came to the unsurprising conclusion that Russia may have peddled ads on social media for one candidate or the other, namely in the interest of sowing chaos, which is not unusual for any foreign adversary to attempt if they posses the capability.

Conversely, in September, Democratic attorney Michael Sussmann was charged by with lying to the FBI regarding not disclosing his ties to Clinton’s presidential campaign. He had championed an investigation into Trump’s ties to Russia in 2016, specifically over a server connection between the Trump Organization and the Kremlin-linked Alfa Bank.