The Department of Homeland Security is warning Cuban exiles in Florida that their planned flotilla to show support of protesters in the Communist-controlled island is illegal and could result in a 10-year prison sentence.

But the organizer of this flotilla in Miami seems undeterred.

Osdany Veloz says if he can get at least 100 boaters, they will sail towards Cuba to “show a peaceful protest against the [Cuban] regime,” regardless of the DHS warning. Veloz plans on remaining 12 miles off the coast to stay within international waters but said boaters will go further if allowed.

“If Cuban authorities open up and let us through, then we will definitely go in and hand over anything useful that we have on board,” he told the Daily Mail.

“We realize the danger,” he added. “But we are trying to follow the rules and guidelines and make it safe for everyone. Everyone who is going has families here, most have families there in Cuba. They don’t want to risk anything. We want to get it done the right way.”

And Veloz, who was born in Cuba and came to the U.S. when he was three, isn’t alone in his passion.

“The purpose is to stay on the border, not trespassing, stay in international water and just let the Cuban people know we’re also fighting for their freedom, so once and for all they can be a free country,” Jorge Lopez, who also plans on making the trip planned for this week, said.

But if the voyage sets sail, the boaters will be looking at more than just prison time – including seizure of the boats and fines of $25,000 per day.

“It is illegal for boaters to depart with the intent to travel to Cuba for any purpose without a permit,” the DHS advisory said.

The DHS offered advice for those who plan on going anyway, saying they should bring “working communication equipment” and monitor the Coast Guard’s emergency channel. Boaters should also exercise caution while sailing in the midst of hurricane season, as they are likely to encounter strong winds and waves.

“We want to make sure that anybody who’s even thinking of taking to the sea thinks twice about that, it’s a perilous, dangerous journey,” Coast Guard Rear Admiral Brenden McPherson said, according to CBS Miami, adding that resources will be on hand for the group if needed. “The purpose is to monitor the situation, be there in case something happens. More importantly to discourage people from making a dangerous voyage from the US south.”

Some boaters reportedly did set off in the night and early morning hours, according to the Daily Mail which added: “However there were reports of at least one boat being intercepted by Homeland Security only a few miles into the planned trip.”

The armada was set to sail on Monday but the plans were postponed until Thursday as Veloz noted in an Instagram post.

White House officials met with Cuban Americans to listen to their policy recommendations and concerns. In a late-night statement, the Biden administration said the “White House is monitoring the situation in Cuba closely,” and that it remains a “top priority for the Administration.”

President Biden has also ordered the State Department to make sure money that Cuban Americans send home makes it directly to families without interference from the Cuban regime. He is also ordering a review on whether security staff should be increased at the U.S Embassy in Havana and asking Congress to help find solutions on increasing internet access on the island. 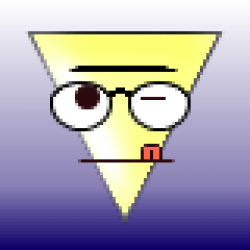