New NASA Administrator and former astronaut Bill Nelson knows that for the emerging space industry to succeed, the billionaire elitist class can’t be allowed to play by its own set of rules.

Nelson recently responded to the shocking news that Amazon founder and Blue Origin CEO Jeff Bezos will launch himself into space next month by offering assurances that his agency would enforce strict quality control standards.

“I’m keeping my eye on it…they’re going to have to meet the same rigorous physical and psychological examination for any other professional astronaut,” he told FOX Business. “We want the crew that’s already up there on the space station to be safe when they have visitors and you should expect nothing less.”

Spaceflight isn’t some leisure activity. Launching a commercial rocket is a dangerous endeavor, risking not only the lives of those on board but also those on the ground, whose lives and property could receive damage from debris should the worst transpire.

There’s also the risk to the billions of dollars in space hardware that our defense and commercial industries rely on currently orbiting our planet. Not to mention the risk to commercial airspace that you and I use for work and leisure and that companies use to ship cargo across the country. Planes often need to be re-routed or grounded during space launches, causing flight delays and even cancellations.

Currently, regulation surrounding private space launches is in its infancy. Nelson recognizes this and appears to believe now is the time to act.

He’s right: the government can’t let individuals like Bezos who normally appear to play by their own set of rules (sometimes even appearing not to pay federal income taxes) dictate space usage. While people of his ilk may pay lip service to protecting the public’s interests, their past track records indicate that they care more about lining their pockets and inflating their egos than they do about keeping their word to the government and the citizenry.

Take, for example, Blue Origin’s BE-4 engine, which it is building in part with government funds. Unlike Bezos’ moon fantasy project, finishing this engine is critical for America’s national security as it will rid the U.S. of its dependence on Russian-made rocket engines. Yet, despite Blue Origin initial promise that it would complete the project by 2016, to date, it remains unfinished. It’s odd that despite receiving millions of dollars from the taxpayers, it’s Bezos’ pet project that’s getting finished first.

The federal government already knows how to get to the moon. It’s done it many times. Yet, Bezos appears more to care more about re-inventing the wheel for his self-serving purposes than he does about coming through for the American people. Absent some light checks on his launch power, is this really someone we can trust to ensure the U.S.’s interests remain protected?

SpaceX, the space company run by Elon Musk, who currently sits right behind Bezos on the world’s richest people list, hasn’t done much to quell concerns over the recklessness of the space billionaire class.

Although many SpaceX projects and contracts important for national security have faced delays, Musk has simultaneously used company resources to push his personal ambitions of getting humans back to the moon while developing a Martian colony. New confidential documents and letters recently obtained by The Verge also demonstrate that the company deliberately ignored safety warnings in the hours leading up to a December launch, which ended in a massive explosion. So, it’s not really open for debate that Musk can’t be trusted to think about the government and taxpayers’ interests by self-regulating itself in the nascent commercial space industry.

For some reason, Congress has responded to these clear issues and misordered corporate priorities by rewarding even bigger and lucrative contracts to problematic companies instead of pushing for industry reform. It’s maddening to see representatives and regulators look past the fact that these companies consistently fail to prioritize safety and deliver their promises on time. They may argue that “rockets are hard,” which is true, but that isn’t the primary reason for their shortcomings.

Thanks to Nelson’s leadership at NASA, there’s still hope that the government will require Bezos and Musk to meet the same rigorous accountability standards as everyone else. That’s good news, because if these space billionaires are allowed to prioritize playing astronauts over providing reliable services to their country, America’s space program could lose its advantage over its adversaries while American taxpayers are left holding the bag. Here’s hoping that doesn’t happen.

Kerri Toloczko is a Senior Policy Fellow at the Institute for Liberty. She served two terms as a Commissioner on the U.S.-China Economic and Security Review Commission. 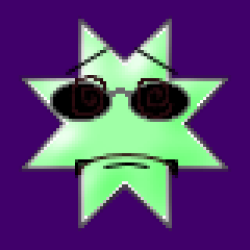