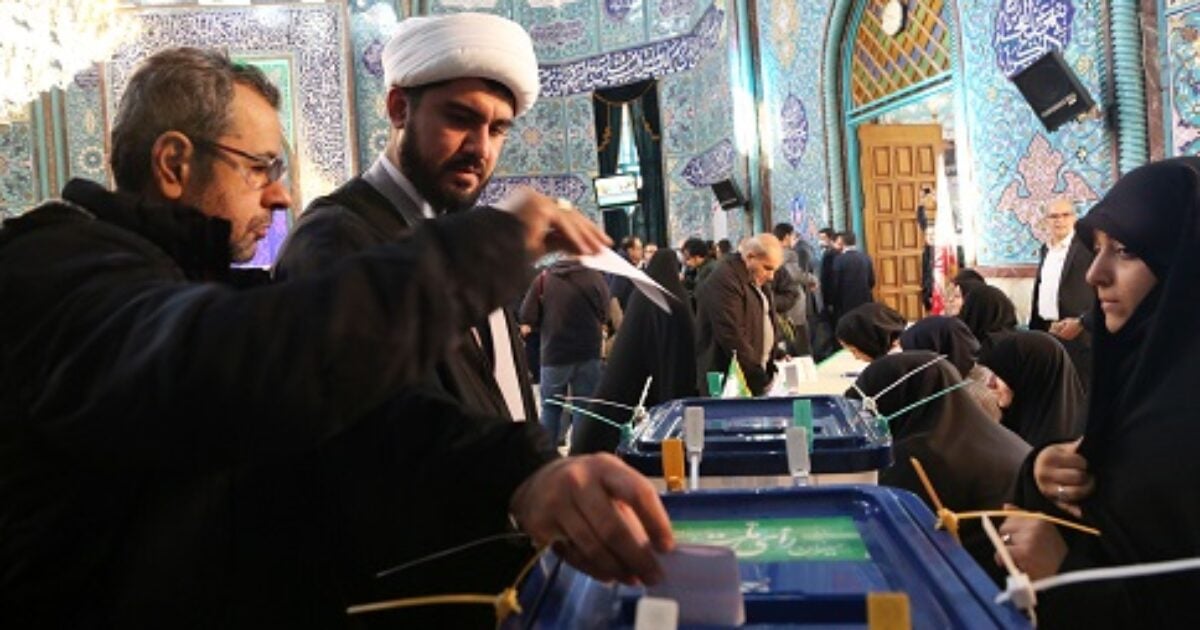 The challenge facing the Iranian regime is that the current election is simply a way to distribute power amongst its factions. The election does not express the will of the Iranian people. There are only two sides within Iran, the regime and the resistance.

The National Council of Resistance of Iran (NCRI) held a press conference to highlight the reasons behind the upcoming boycott of the Iranian election. One of the biggest issues is the criminal records of the presidential candidates, including Ebrahim Raisi. He is a well-recognized favorite of the Iranian Supreme Leader Ali Khamenei and considered the expected winner of the upcoming election.

Out of six hundred potential candidates, only six were approved by the Guardian Council to appear on the ballot. Raisi is at the top of the list, but he also comes with a dark history.

Between June and September of 1988, Raisi participated in the systematic execution and burial of over 30,000 political prisoners. It was meant to stomp out dissent and any opposition to the regime. The People’s Mojahedin Organization of Iran (PMOI/MEK) was one of the primary targets of this massacre. Raisi’s role in the massacre was serving on the capital city’s death commission, which assumed responsibility for the majority of the butcheries.

Despite all the evidence that supports these events, Raisi and the leadership of the regime has never been held accountable. Instead, he is being rewarded for his loyalty by being appointed to the presidency. This chain of events is indicative of an ongoing trend of the massacre’s perpetrators being rewarded for their role in killing members of the MEK.

In 2016, new information about the massacre came to light. Yet, then-Minister of Justice Mostafa Pourmohammadi defended the incident on state television, indicating that the killings represented God’s command. Raisi also praised the fatwa that made way for the massacre. No regime official should question Ruhollah Khomeini’s call for no mercy in dealing with the MEK, a stance that continued with the next Supreme Leader, Khamenei.

Even with all the efforts of the regime, the MEK is now the head of the NCRI coalition. Mohammad Mohaddessin, the chairman of the coalition’s Foreign Affairs Committee, stated last month that “the looming nationwide uprising waiting in the wings…will be far more intense and widespread than in previous years.”

Both uprisings in the past were stopped by violent efforts from the regime, but even those efforts of repression are not likely to be enough to stop the Iranian opposition. The NCRI continues to highlight the human cost of Raisi’s successive promotion to higher and higher positions within the clerical regime.

Statements from relatives and individuals who witnessed the brutality of the regime highlight a larger pattern of repression that has affected virtually every Iranian citizen and expatriate in one way or another and implicates all high-ranking officials.

The NCRI, knowing that Raisi’s presidency is near-certain, is focused making his role in the 1988 death commission a leading talking point and driving force behind the electoral boycott. They have also highlighted that none of the alternative candidates represents a better option, because none of them are interested in genuine reform or creating a democratic governance.

Resistance units are proving to be successful, but the larger message is that the Iranian people are ready for change. Chants for justice evoke a condemnation of a system that rewarded Raisi and every other major participant in the 1988 massacre, demonstrating that brutal repression is the only way forward under the current system.