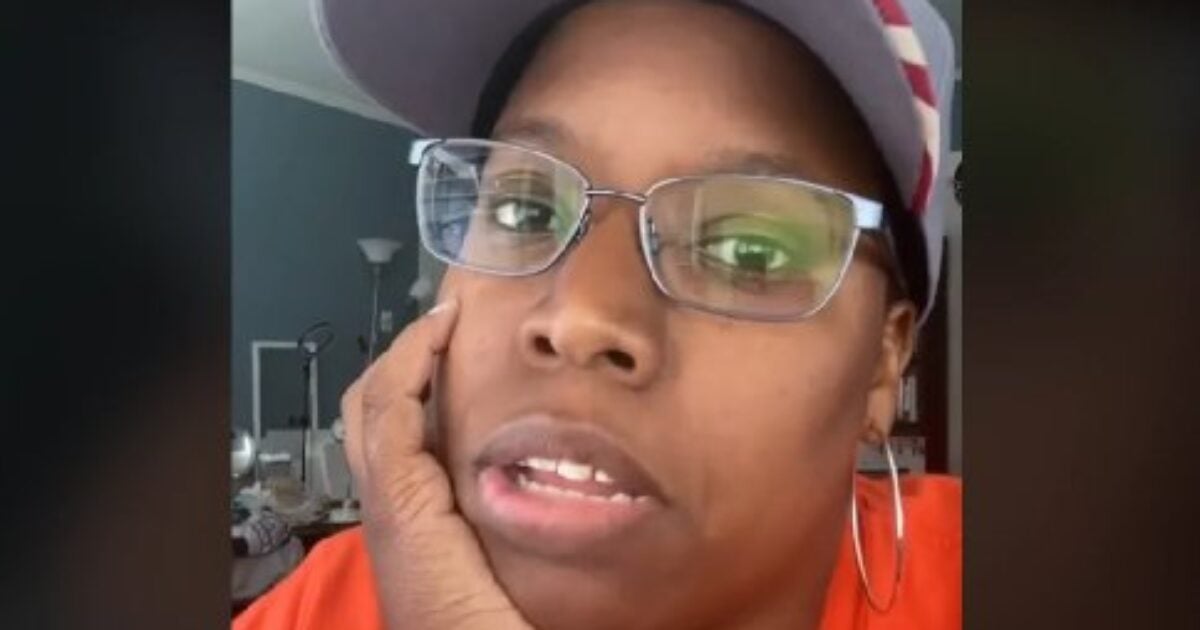 Savannah Edwards, who is a black Christian TikTok star, posted a viral video last week speaking out against the concept of slavery reparations being paid to black Americans.

“The first step to healing is forgiveness,” Edwards asserted concerning reparations. “And if the first thing that comes out of your mouth is, ‘Well they don’t deserve forgiveness’ … Sit down, let me learn you a thing or two.”

Edwards goes by the handle @thisissavvy on TikTok and has more than 400,000 followers. She noted that she had been hearing “a lot of talk about reparations” lately on social media platforms. Edwards also referred to a pastor in Tulsa, Oklahoma who proclaimed to his parish: “We cannot have true reconciliation and healing without reparations.”

“I don’t agree with that,” she stated on the video before noting different issues that would complicate the equitable distribution of payments to the ancestors of slaves. “It’s 2021, how are we to determine who gets reparations and who doesn’t?” she asked her audience. “Again, it’s 2021, not every black person is the descendant of a slave, and not every descendant of a slave is black, and not every person who was a slave was black.”

The TikTok celebrity is also well known for making another video that took actress Alyssa Milano and other white liberals to task over insinuating that black people aren’t as capable as they are: “Imagine being a black man and being told by some white lady with a microphone that you and the criminal on TV are one in the same because you look alike,” Edwards remarked.

“Imagine being told by society that white people can be all that they can be but you, as a black man, the content of your character is completely irrelevant. You are the color of your skin and that is all you will ever be,” Edwards continued absolutely torching Milano over her stance. “Imagine being told you can’t figure out how to vote because of the color of your skin. Socioeconomics affects everyone, but apparently, you’re not as smart as the poorest white person.”

She told Milano, “You don’t have to be a white supremacist, you can be better.” In another video, Edwards tells a young white liberal woman: “It’s not oppression when you shackle your own feet.”

As more and more on the left renew the calls for slavery reparations and racial justice, Edwards is quietly speaking up against the issue. She points out that no amount of reparations will ever heal the nation or Americans. Only true forgiveness can do that.

“Holding onto bitterness is bondage and many of y’all have chained yourself to the dead. Even worse, some of y’all have passed that bitterness down to your children,” she admonished. “Forgiveness isn’t for that other person; it’s for you. It’s to set you free.”

The viral video inspired many but there were a number of people who argued against her position. One notably asked Edwards: “Why should I forgive them for the way they looked down and continued to look down on my people?”

In response to that question, Edwards did another video where she stated that “you can’t control what other people do; you can only control your response.”

The woman is respected and loved on social media:

Whoa, she’s got a handle on things & courageous for speaking up. (I know I’m not supposed to say ‘articulate’ so… I won’t.)

More power to this lady. So many people have been reduced to their skin colour, which is shameful. Everyone’s an individual who should be judged & valued on their character, soley. The woke mob live a million miles from anywhere poor & yet feel the need to lecture & preach 🤦‍♂️ pic.twitter.com/PWzzUz5w3C

Glad she said it! Cause a lot of us feel it. Tired of the so called woke mob telling me I need to feel oppressed or degraded… I encourage others leave the plantation they keep trying to enslave us in.

Her message needs to be spread loudly and widely. Look at the behaviour of a person, not at the colour of their skin or hair or eyes.