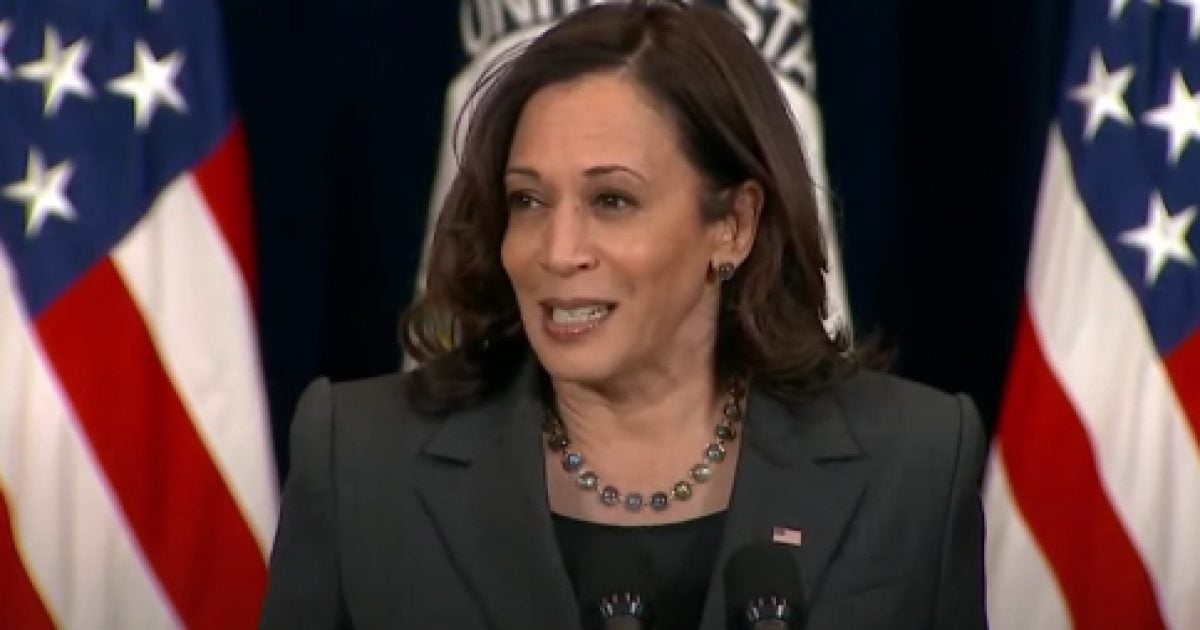 Thus far, more than a half-dozen women have come forward over the past month lodging various complaints against Cuomo — that he directed sexual innuendo, touching, and other inappropriate actions towards them over the years.

But on Tuesday, during various public appearances including at the United Nations event on the Commission on the Status of Women, Harris made no mention of Cuomo or offered any support for his female accusers.

She did, however, offer praise for the roles of women in democratic societies.

“The status of democracy also depends fundamentally on the empowerment of women, not only because the exclusion of women in decision making is a marker of a flawed democracy, but because of the participation of women strengthens democracy,” said Harris.

“I am proud to report that while the United States still has work to do, we too are making progress and that women strengthen our democracy every day,” she added.

‘The status of democracy also depends fundamentally on the empowerment of women,’ U.S. Vice President Kamala Harris said in her first address to the UN’s 65th Commission on the Status of Women https://t.co/pnhPxfkIFk pic.twitter.com/ZLIYn11DAI

Last week, Harris refused to address a shouted question from a reporter about the accusations against the New York governor.

“Madame Vice President, do you have any comment on Gov. Cuomo?” the reporter asked, which Harris ignored as she left the press briefing.

Harris’ silence regarding Cuomo comes as it appears all of the women who have lodged complaints against him are Democrats; five of them are either current or former staffers who said the sexual misconduct occurred in the workplace.

In 2018, during then-Judge Brett Kavanaugh’s Supreme Court confirmation hearings, Harris was among the most vocal Democratic women expressing a belief in rape allegations lodged against him.

“I believe her,” Harris, then a U.S. senator from California, said regarding uncorroborated allegations against Kavanaugh by Christine Blasey Ford from decades earlier. “Anybody who comes forward at this point to be prepared to testify in the U.S. Senate against someone who’s being nominated to one of the most powerful positions in the U.S. government, that takes an extraordinary amount of courage.”

Harris also asked for an FBI investigation into the accusations, though Kavanaugh had already been vetted a number of times by the bureau through the years as he held various positions within the government as a legal counsel and as a federal judge.

“From top to bottom this has been about bullies. Listen to the people. All we have asked for is that there be an FBI investigation. Dr. Ford came in and she poured out her heart, she cooperated with the process,” Harris said, as paraphrased by CNN’s Jake Tapper at the time.

.@KamalaHarris: “From top to bottom this has been about bullies. listen to the people. All we have asked for is that there be an FBI investigation. Dr. Ford came in and she poured out her heart, she cooperated with the process. She gave the process dignity and respect,…

“Because of the multiple, credible sexual harassment and misconduct allegations, it’s clear that Governor Cuomo has lost the confidence of his governing partners as well as the people of New York,” Gillibrand said Sunday. “That’s why I believe the governor has to resign.”

“I think he’ll probably end up being prosecuted, too,” Biden remarked.

New York authorities are currently investigating the sexual allegations against Cuomo, while federal officials are reportedly looking into whether he committed any crimes for hiding the number of COVID nursing home deaths.