We are told regularly that solar and wind electrical energy is getting cheaper, and often much cheaper than that generated by coal, gas, or nuclear.  However, there are enormous scientific, technical, and economic barriers that these “new” energy forms must overcome to be regarded as competitive — if ever they are.

The physical limitations of green technologies are so severe, according to the Manhattan Institute’s Mark Mills, that those who claim otherwise engage in “magical thinking”.

Many of the arguments against the imposition of a net-zero carbon economy — the purported purpose of green energy — are not well known among laymen and not necessarily easily understood.

How many people, for example, know or care that building solar panels, wind turbines and the batteries that are needed to support them requires digging up a lot of lanthanum, neodymium, europium and other rare earth elements, most likely in some remote African or Asian country? This attracts little media coverage partly because these impoverished populations do not complain loudly enough about our trashing their environment and paying their citizens slave wages to mine these minerals for renewable energy generation.

However, one thing most of us do understand is cost. To compare “green” energy with more traditional sources, there is a gigantic laboratory we can examine in France and Germany.

France for years has generated 70-80% of its electricity from nuclear power.  Meanwhile, Germany adopted a different route nearly 20 years ago. It embarked on an “energiewende” — a German word for energy transformation to solar and wind energy.  Accordingly, it has decommissioned many of its coal-fired power plants, and it is in the process of decommissioning what once were its fleet of 17 nuclear power reactors.  At this point, it is getting 25-30% of its electrical power from wind and solar.

Some of the press have reported German success in glowing terms with headlines such as one from a 2017 edition of Energy Post: The spectacular success of the German Energiewende- and what needs to be done next. However, the realities of economics and energy production have not gone unnoticed by all as others have reported: A German Failure on the Road to a Renewable Future.

Proponents of wind and solar often tout their economic competitiveness. So how does the cost of electricity in Germany and France compare? In the past 20 years, German electricity prices have more than doubled to about 40 cents (Euro) per kilowatt-hour while prices in France settled at about 19 cents after dipping for a time by as much as 20 percent below that. The impact of the high cost of electricity in Germany is such that almost five million people there were unable to pay their electricity bills in 2019.

(Both countries have more expensive energy than does the U.S., where a price of 13 cents per kilowatt-hour is well below that paid by the French and one-third the German price.)

Since the whole purpose of the energiewende is to reduce humanity’s CO2 input into the atmosphere, we also should examine the records of the two countries in that regard.

Again looking at the last 20 years, we see that German emissions dropped by 33 percent to about 10 tons of CO2 per capita as French emissions have decreased by 44 percent to five tons.

In summary, France has cheaper electricity and emits less CO2 — both by about half — than does Germany. The conclusion is obvious. By themselves, sunlight and wind are free but converting them to electricity is very, very expensive.

There is a final question to ask: Why should a nickel be spent on reducing carbon dioxide emissions, much less the billions of dollars Germany and the rest of the world has spent? This is based on the flawed notion that CO2 is the control knob for the Earth’s temperature and is a futile attempt to control the uncontrollable, that is, the temperature of the planet.

Proponents estimate as much as $100 trillion will be needed by 2050 to decarbonize the world’s energy systems. This is for something most likely impossible to accomplish — and is unnecessary in any case. What is rarely publicized is that Earth and human civilization benefit from higher levels of carbon dioxide — whatever their source-  even if CO2 plays a minor role in increasing the world temperature, as it may have played up to now.

NASA satellite imagery has conclusively shown that as much as half the planet has gotten greener during an era in which CO2 — a known plant food —  has been added to the atmosphere. There is simply no reason to spend money foolishly eliminating a gas that is benefiting ecosystems and humanity.

Wallace Manheimer is a member of the CO2 Coalition and a life fellow of both American Physical Society (APS) and the Institute of Electrical and Electronic Engineers.

He currently serves as a consultant to the US Naval Research Laboratory working on inertial fusion, magnetic fusion, a nuclear disturbed upper atmosphere, electron and ion beams, high power microwave and millimeter wave systems, advanced radar systems, and plasma processing.  He is the author of over 150 refereed scientific papers. 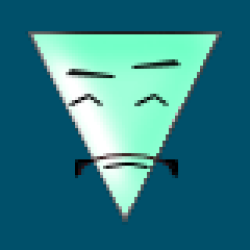