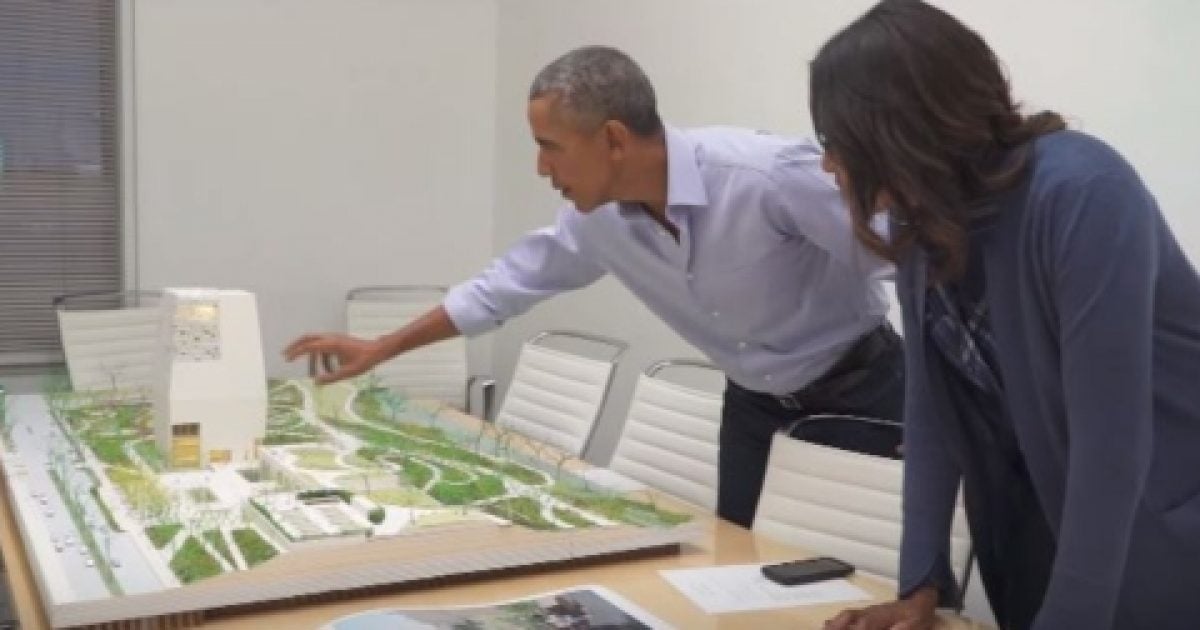 The project, which is mostly privately funded, is likely to take about four years to complete. Taxpayers will kick in around $174 million in anticipated changes to surrounding roadways, according to the Chicago Sun-Times.

“I’m proud to announce that the Obama Presidential Center will officially break ground in 2021. Our hope is that the center will breathe new life into historic Jackson Park while delivering jobs, growth, and much more to the South Side. Let’s get to work,” Obama announced on Twitter in a post containing a video message from the former president.

I’m proud to announce that the Obama Presidential Center will officially break ground in 2021. Our hope is that the center will breathe new life into historic Jackson Park while delivering jobs, growth, and much more to the South Side.

Let’s get to work. pic.twitter.com/cOqoPmaLkf

“Getting to this point wouldn’t have been possible without the folks in the community who have been a part of this process along the way,” Obama said. “We know that by working together, we can unlock the South Side’s fullest potential – and help set up our city, our country and our world for even better years to come.”

But the project, years in the making, has faced pushback largely from South Side residents who say its construction will displace black families.

In 2018, a public park advocacy group filed a federal suit accusing presidential center organizers of engaging in an “institutional bait and switch” after reneging on original plans laid out by the Obama Foundation.

Three years earlier, the Chicago City Council passed an ordinance for land in Jackson Park to be utilized for the construction of Obama’s presidential library. But in a change of plans, Obama sought to utilize the parkland for a kind of personal museum dedicated to his years in office, while the National Records and Archives Administration planned to operate his actual presidential library elsewhere.

Protect Our Parks Inc. alleged in its suit that the City of Chicago and the Chicago Park District are “prohibited by law” from giving public park land to private entities like the Obama Foundation for private use.

A federal judge ruled in February 2019 that the group had standing and that their lawsuit could proceed.

“We are not opposing construction of the Obama Presidential Center, as long as it’s not in historic Jackson Park,” Herbert Caplan, founder of Protect Our Parks, said at the time.

“Defendants have chosen to deal with it in a classic Chicago political way … to deceive and seemingly legitimize an illegal land grab,” the suit said.

The project had already been delayed by a federal environmental impact study, which has since been completed.

Following Obama’s announcement that groundbreaking for the center would finally begin this year, Kaplan said new legal action to stop the project “will soon be filed” again, the Sun-Times reported.

In addition to the complaint by Kaplan’s group, other community residents object to a $5 million branding deal with Nike to help fund the center’s athletic facility, the Chicago Reporter noted.

Nevertheless, barring any other obstacles, site preparation is slated to begin in April to include rerouting sewer, water, and electricity lines, followed by actual construction in August, according to officials with the Obama Foundation.

The center is planned on a 19-acre tract of land in Jackson Park, which consisted of about 540 acres in total. The center will feature a museum, public library, test kitchen, and a children’s playground in addition to the athletic facility.

The Obama Foundation is also planning to donate some $3.5 million to build a public facility for track and field events.

But the center won’t feature a former “presidential library” because the former president did not want to comply with National Archives and Records Administration rules, according to the Sun-Times.