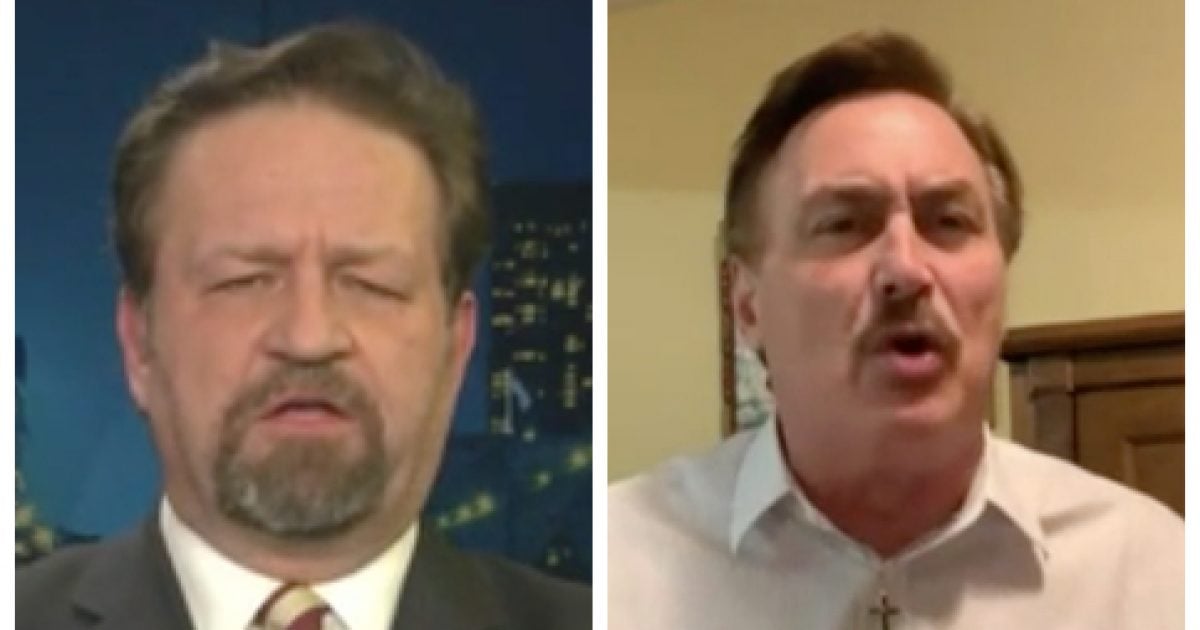 The interruption by Gorka, who was filling in for network prime-time regular Greg Kelly, came on the heels of a fact-check Newsmax issued over the weekend after reportedly receiving a retraction demand from another voting software maker, Smartmatic, over the accusations.

“I’ll tell you what, nobody realizes something, but a miracle we had on Election Night…At 11:15, you know you talked about all this fraud, doctor, the biggest fraud is the Dominion machines and, at 11:15 on election night our great president because…” Lindell, who Gorka said is helping to fund President Trump’s campaign legal battles, began.

The former presidential adviser cut him off.

“Mike, Mike, I don’t want to discuss, Mike, we’re not, we’re not going to get into the minutiae of the details,” Gorka interjected.

Newsmax just aired this note to "clarify" its coverage of Smartmatic and Dominion. pic.twitter.com/I5XZ7CQpAk

“Since Election Day, various guests, attorneys, and elected officials have appeared on Newsmax and offered opinions and claims about Smartmatic and Dominion systems,” he began, saying that the network wanted to “clarify its coverage” of the allegations.

Newsmax “has not reported as true certain claims made about these companies,” he said.

After Gorka interrupted Lindell, he pivoted to the CEO’s support for Trump.

“I want to ask you because this show is about courage…It’s hosted by a former Marine. I want to know why you, Mike Lindell, are supporting the president in these legal cases?” Gorka said.

“If you let them steal this, which I 100 percent know…that’s what went on — this is over 6 million votes,” he continued, claiming that Trump won several battleground states including Minnesota, Michigan, Georgia, and Pennsylvania, among others.

“You can’t have the biggest crime in history…just let it go, and nobody’s doing anything,” he added.

Smartmatic has also sent compliance letters to former federal prosecutor Sidney Powell, who first accused the company, along with Dominion, of rigging votes and election outcomes.

But her attorney, Lin Wood, responded to the threat of legal action with defiance.

“I represent Sidney Powell. I have carefully reviewed your letter of December 15, 2020. I am not impressed. Ms. Powell retracts nothing. File your lawsuit,” he wrote in a letter to Chicago-based attorney J. Erik Connolly of the Benesch, Friedlander, Copeland & Aronoff law firm, who is representing Smartmatic.

The Georgia-based Wood attached the letter to a tweet in which he wrote: “Knowing my background & experience in defamation law, Sidney @SidneyPowell1 asked me to represent her & respond to Smartmatic litigation threat. Since everything Sidney is saying about election fraud is documented TRUTH, my response to Smartmatic was simple & to the point.”