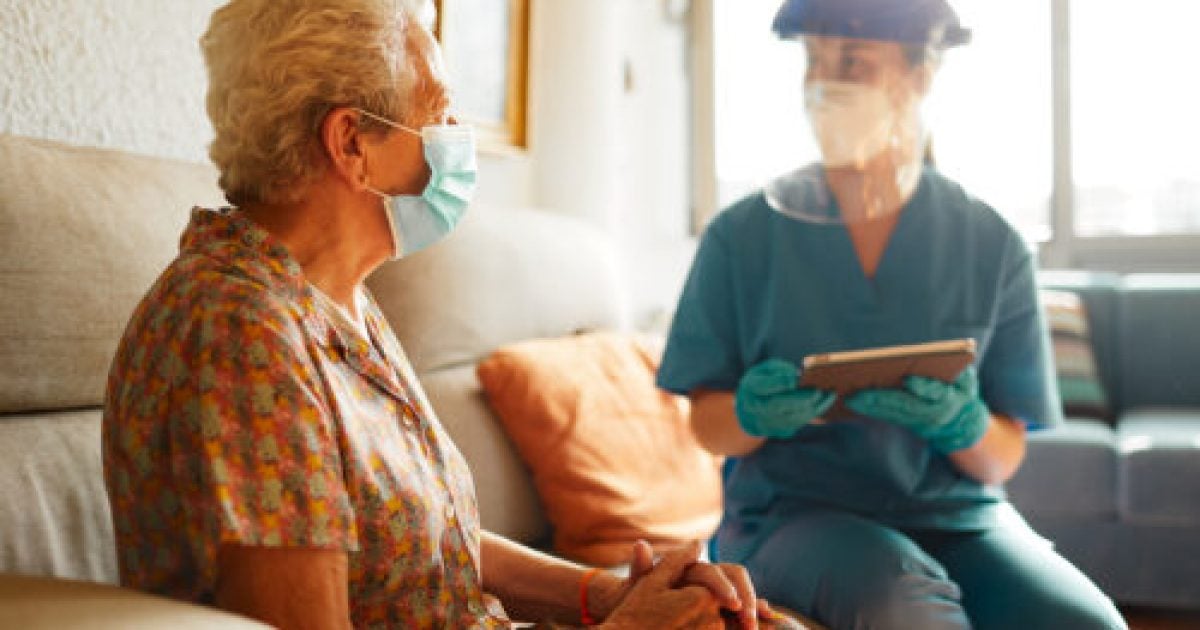 A hearing in Wisconsin to review the 2020 election revealed that a nursing home resident had been discouraged from casting her vote for President Donald Trump, according to a witness.

The Wisconsin Election Commission was slammed for the “unconscionable” changes made to state laws that allowed vote fraud to take place in locations such as nursing homes and assisted care facilities. WISN radio host Dan O’Donnell was the hearing’s first witness on Friday and told lawmakers about several families who told him about problems with their relatives voting last month.

The joint public hearing by the Wisconsin Assembly Committee on Campaigns and Elections and the Senate Committee on Elections, Ethics and Rural Issues looked into vote recounts, voting irregularities and stories like the one shared about a nursing home resident who was directed to vote for Democrat Joe Biden against her wishes.

Reading from statements, O’Donnell told the lawmakers how the elderly woman had wanted to vote for Trump but an employee at the nursing home where she was living told her, “No no. He’s a bad man. We’re voting for Biden.”

A nursing home resident said she wanted to vote for @realDonaldTrump.

But a nursing home staff member said “No no. He’s a bad man. We’re voting for Biden,” and instructed the resident to do so against her wishes. pic.twitter.com/XqJbr5IO8s

“And the staff member instructed her to vote for Biden, and she did, but she wasn’t happy about it,” O’Donnell explained. “None of us should be happy about this.”

He noted that “these are severely cognitively and developmentally impaired people who rely on their caregivers for everything.”

“But those caregivers have betrayed their trust. And this has happened over and over and over here is Wisconsin at assisted living facilities and nursing homes across the state,” he said. “The law is so disregarded and the rules put in place are so lax that even the dead are now being allowed to vote.”

He went on to tell the story of “Ethel,” a woman whose name was changed because her family “feared retribution for coming forward.” The 95-year-old woman, who had died in October of dementia after having a stroke, had also voted for Biden despite her mental state.

The woman’s daughter, “Janet”  gave a sworn statement to police after finding out that her deceased mother had not only voted this year, but also in previous elections though she was not deemed mentally competent.

“Not only did Ethel vote absentee from that nursing home, but she’s been voting absentee for years,” O’Donnell said. “In fact, as her mental state deteriorated, her voting became more regular. How could this be?”

“Mom could sometimes not recognize me, remember what her last meal was or even what day it was, but she voted,” the daughter had said in a sworn affidavit, adding that her questions to the facility about how her mother had even received a ballot went unanswered.

“The answer lies, sadly, in the unconscionable manner in which the Wisconsin Elections Commission – the very board that this state trusts to fairly and impartially administer elections – ignored the clear letter of the state law and made vote fraud like this less a possibility than an inevitability,” O’Donnell added.

President Trump continues to dispute the result of the US election as he and his legal team have also questioned the integrity of voting, noting instances of ballots being cast by people who were actually no longer alive. State officials and critics have dismissed the claims, refuting allegations of election fraud.

Twitter users expressed their horror at the nursing home incidents that were revealed in Friday’s hearing.

This makes me really sad, and I suspect this behavior has been going on for years. What a disservice to our elderly generation.

Sad that these people can’t fight a fair fight. They just cheat and cheat to win. That’s evil.

This is so bad

Wonder how many times that scene played out across the country?

Their not blind, they are deceitful. Nothing matters except their hatred of Donald Trump.