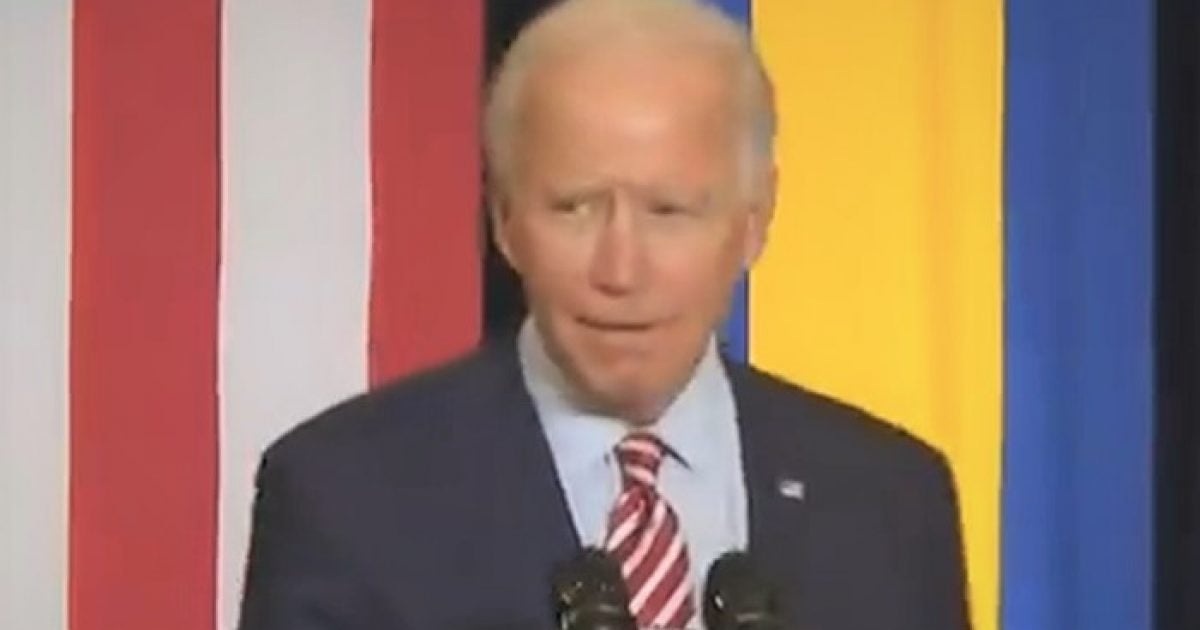 Democrat Joe Biden was mocked on Twitter for playing the Spanish-language song “Despacito” while pandering to Hispanic voters at a campaign event in Kissimmee, Florida.

After being introduced by Fonsi, Biden staggered to the podium, awkwardly whipped out his cell phone, and played “Despacito” for the audience.

“I just have one thing to say…Hang on here,” Biden stammered while taking out his phone.

Biden then bobbed his head and bounced around a few times while listening to the song before saying: “I’ll tell you what. If I had the talent of any one of these people, I’d be elected president by acclamation.”

It’s unclear if the cringe-worthy stunt was pre-planned, but it was widely panned on Twitter as tone-deaf and bizarre.

Still another critic remarked: “Biden is so dumb that he thinks playing “Despacito” on his phone is a good way to pander to Hispanic voters.”

Another commented: “This is the most pathetic pandering in the history of Presidential elections.”

We are now two weeks away from the first presidential debate, which is scheduled for September 29 in Ohio. Fox News’ Chris Wallace will moderate the first debate amid criticism from Trump supporters that Wallace—a registered Democrat—has repeatedly been hostile to President Trump.

Trump made headlines yesterday when he agreed to a proposed fourth debate, to be moderated by podcaster Joe Rogan. Rogan is a libertarian who endorsed socialist Bernie Sanders for president.

Rogan suggested the idea of a four-hour debate, with no live audience and no time limits on responses to detailed policy questions.

“First of all, I want no one else in the room, just the three of us,” Rogan suggested. “And you’d have to stream it live so no one can edit it. And I would want them in there for hours. If they wanted to do that, if they both wanted to come here to Austin, sit down and have a debate, I would 100 percent do it.”

After Rogan threw down the gauntlet, President Trump tweeted that he’d love to participate in the four-hour debate.

Donald Trump Jr. also applauded the idea, saying: “Americans would love to see a real debate without all the bias of the mainstream media. I guess that’s why Joe won’t do it. He needs his media cheerleaders to hold him up!!!”

Why isn’t anyone in media asking Joe Biden if he will do the @joerogan debate with @realDonaldTrump? Americans would love to see a real debate without all the bias of the mainstream media…

I guess that’s why Joe won’t do it.
He needs his media cheerleaders to hold him up!!!