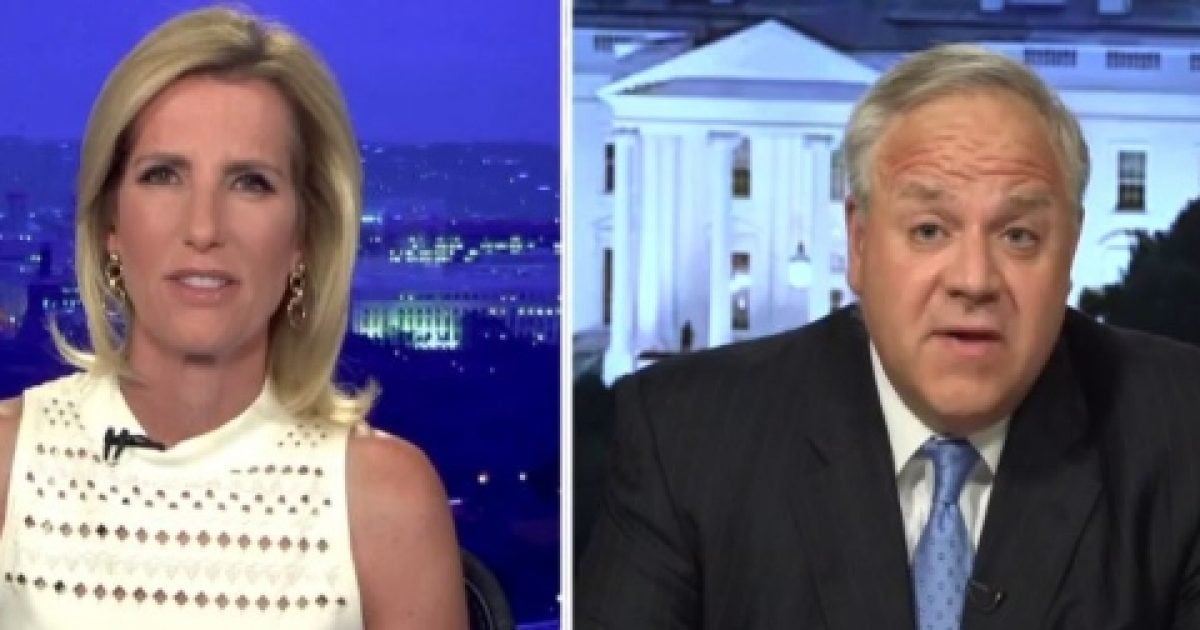 U.S. Secretary of the Interior David Bernhardt decried the “savage” situation of attacks on historic monuments and pledged that those on federal property will be protected with “dispatch and severity.”

Bernhardt assured Fox News host Laura Ingraham on Tuesday that even more measures will be in place to protect the historic symbols after a frenzy of attacks in an escalating movement by the left to remove monuments to the Confederacy as well as any other historical figures that they deem to be offensive at the time.

“This evening, I requested from the secretary of defense that the National Guard be available to us to begin to redact additional monuments. Earlier today, I instructed the erection of a fence at Lafayette Plaza as well as at St. John’s Church. And we will protect these monuments and we will do it with dispatch and severity,” Bernhardt said on “The Ingraham Angle” Tuesday.

“Last night, our Park Police and the Metro D.C. Police, as well as the U.S. Secret Service uniformed patrol, did an excellent job in addressing the issue and rapidly protecting the statue. And those activities will continue,” he added, praising their efforts.

U.S. Park Police successfully thwarted efforts by the violent mob to topple the statue of President Andrew Jackson in Lafayette Park after clashes with demonstrators as St. John’s Church, which was set on fire during rioting a few weeks ago, was also vandalized again.

President Donald Trump slammed the “disgraceful vandalism,” and warned rioters to “Beware” of the stiff consequences for their violations.

“These people are exceptional. They’re dedicated, and they are dealing with the savagely significant situation,” Bernhardt said, noting the video footage provided “that shows just exactly how under siege our law enforcement officers have been.”

Taunting is out of control: White protester verbally abuses black cop, ‘You’re Mom’s going to tell you you’re a piece of sh*t!’ https://t.co/izXDGZvBG9

Ingraham turned the attention of viewers to the video, adding that “for weeks the media, they claim that the president had ruthlessly commanded the park police to violently clear out the peaceful protesters from Lafayette square, and it’s completely outrageous…shows that the media was dead wrong.”

“Our viewers can see the bricks and other objects being thrown at Park Police officers, far from the peaceful gatherings that the media claimed it was morning, noon, and night. What can you tell us tonight about the safety of our park police and their morale after seeing this false reporting?” the Fox News host asked the Interior Secretary.

“Well, first off, in terms of morale, these are some of the most dedicated law enforcement officials on the planet, and they are true professionals. They also, I must say, I was out last night with them, and I must say they have the patience of Job taking some of the stuff that they take. I couldn’t do it,” Bernhardt replied.

“But here is the reality.” he added. “Many were injured… many are back on the job. And we are bringing in additional supplemental efforts and people and personnel, just like I mentioned, the Guard, to ensure that we provide all of the force and all the resources they need to do their job, which is to protect us and our property.”

Ingraham admitted she is “enraged” for the police and law enforcement officials.

The president tweeted that many would be jailed for the crimes.

We broke them up last night, fast. Numerous are, and will be, in prison! https://t.co/IrCl5Uo1Cy

“They have the patience of Job,” Bernhardt reiterated. “Their training is so significant. A normal person would not tolerate it, let’s just be honest. They are dedicated to serving the people and remember, every time a monument is destroyed or damaged, that’s an injury against all of us.”

“Why do they get to take our views away and things that some of us like to look at and like to see?” Ingraham said.  “They don’t have the unilateral right to take away the sights and sounds and views from the rest of the public. Especially beautiful monuments.”