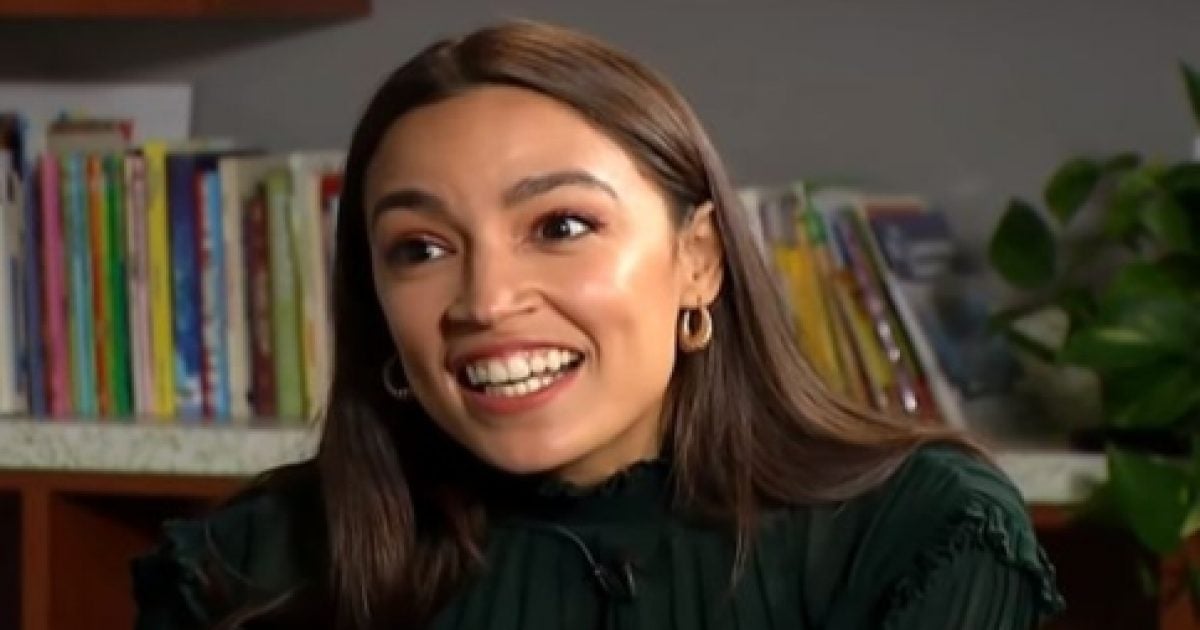 The New York Democrat accused the president of being “afraid of women,” especially “strong” and “Latina” women, during a Spanish-language television interview.

In Las Vegas to host a Spanish-language town hall for Democratic presidential candidate Sen. Bernie Sanders, Ocasio-Cortez spoke to “Noticias Telemundo” on a variety of issues as she leveled her criticism of the president, Fox News reported.

“If the president thinks that I’m crazy, I think that’s a good thing,” she said, “because I think it would be a problem if he said he agrees with my ideas because he has many problems.”

The freshman congresswoman went on to bash Trump, name-calling and leveling insulting accusations without any proof to back up her claims.

“I think he’s afraid of women – of strong women, of Latina women. The values of the president are very backward,” she declared.

Naturally, she admitted that she did not know about Trump’s so-called fear of women directly, but said she based her assumptions on Twitter messages and his State of the Union address earlier this year.

The president had called Ocasio-Cortez a “Wack Job” on Twitter back in October, in response to a video of one of the lawmaker’s constituents going off about climate change during a town hall.

“Better than being a criminal who betrays our country,” Ocasio-Cortez fired back in a tweet.

During the Telemundo interview, Venegas asked Ocasio-Cortez about the socialist policies in Venezuela and her defense of how she and Sanders endorse socialism.

The self-described Democratic socialist attempted to distinguish what she believes is a different form of socialism in the U.S. than in other countries.

“When the president or other people want to say this, the first I say is look at the politics, the proposals because we’re not advocating for complete control of the economy. We’re talking about basic human economic rights – education, health care, a worthy salary,” she said.

She elaborated on her support for Sanders, after she endorsed him for the White House in October, arguing that “he understands that this isn’t a campaign about a person. It’s a campaign about our movement for working families in the United States.”

“We have to get this president out of office,” she noted, adding that she would ultimately support whoever receives the Democratic Party’s presidential nomination.

“It’s not good for a country as diverse as the United States to have such an intolerant president,” Ocasio-Cortez said.

At a separate event in California last week, the Democrat painted a grim picture of the U.S. which she argued was no longer an advanced society but had descended into fascism.

“Who cares about how much gold is being amassed if we can’t realize an advanced society with those resources,” she said at a campaign event in Venice, Calif. “We’re here to say that what we’re living in is not an advanced society.”

When asked by an audience member, “Why aren’t we calling it fascism? That’s what it is!” Ocasio-Cortez responded,  “It is Fascism!”