Each time the issue of gun control circulates through the news cycle, liberal demands of stricter laws and mandatory firearm buybacks arise once again. Gun control advocates love to point to Australia and the UK as shining examples for American policymakers. They claim that these countries have enacted strict legislation and mass confiscations and therefore made their population safer. Those who champion these models conveniently leave out countries such as Mexico that hold some of the most stringent gun laws and the highest crime rates in the world.

At the end of the 1990s, both Britain and Australia saw the deadliest mass shooting in their history. Seventeen people, sixteen of them being small children, were killed at a primary school in Scotland on March 13th 1996. On the other side of the globe that same year, on April 28th, 35 people were gunned down at a tourist attraction in Tasmania, Australia.

Emotion fueled legislation followed these tragedies, and nearly all handguns were banned in the U.K. during 1996. Since then, homicide and violent crime have been on the rise.

The region has also seen a sharp increase in knife-related assaults. In May of 2019, the UK had already seen 100 fatal stabbings. Since the gun ban was ineffective in reducing violent crime, the UK is now working towards ‘knife control.’

Those in favor of gun control point to Australia’s buyback in 1996 as proof that fewer guns equal less crime. While this confiscation took roughly one million guns out of the hands of civilians, it did not cause the gun-homicide rate to decrease faster than it already was. Currently, the number of privately owned guns has now surpassed what it was before the confiscation while crime rates remain low.

Obtaining firearms in Mexico is far more complicated than the process in the United States. Firearm ownership licenses are usually issued if the applicant meets the age and training requirements. However, a limit of ten registered firearms is allowed per household, while only one may be a handgun. Private ownership is not illegal, but Mexican citizens are unable to carry a gun outside of their homes.

Carry licenses are reserved primarily for law enforcement and those who demonstrate a need to carry a firearm in public. It is unclear what need someone would have to demonstrate other than living in a drug and violence-ravaged country.

In 2017, Mexico saw a record number of nearly 30,000 homicides. The country sees thousands of kidnapping cases each month, very few of which are ever solved.

Drug cartels and criminals terrorize the country while Mexican citizens have no way to defend themselves.

Gun control remains the topic of conversation for most people on the left. Yet they cannot point to anywhere in the world where a gun confiscation, a buyback, or strict legislation has ever led to lower crime rates and a safer community. 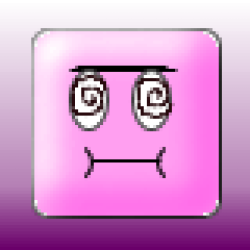