Chick-fil-A’s disappointing decision to discontinue donations to “controversial” Christian charities is emblematic of the power of political correctness and the bullying left that drives it. If the previously stalwart Chick-fil-A folds, who is left standing to fight?

Tireless, intolerant LGBTQ activists bombarded the restaurant chain with protests and accusations about it being “anti-gay.” The gist of its sin is that it has donated millions of dollars to The Salvation Army and the Fellowship of Christian Athletes, which have historically opposed same-sex marriage.

Just this week, the restaurant chain announced it has stopped funding these two charities. “We made multi-year commitments to both organizations and we fulfilled those obligations in 2018,” said a spokeswoman for the company. She added that the company would focus its giving on “education, homelessness and hunger.”

The Salvation Army issued a statement expressing that it was “saddened” by this development. “We serve more than 23 million individuals a year, including those in the LGBTQ+ community,” the statement reads. “In fact, we believe we are the largest provider of poverty relief to the LGBTQ+ population.

You see, it’s not about being anti-gay at all. It’s about dictating to people how they must think, what they may or may not say, and to whom they may contribute. Indeed, Chick-fil-A has been savaged in the past for its charitable donations and for CEO Dan Cathy’s public opposition to same-sex marriage. Chick-fil-A had, to this point, demonstrated admirable courage and commitment to its principles by enduring this criticism and pressing forward without caving to the PC thought police. In the end, however, it just couldn’t stand the heat.

The irony is that the company’s contrition won’t win it any points, for leftist activists are never satisfied unless you go beyond capitulation to abject groveling and become a full-throated ambassador for their views.

“If Chick-Fil-A is serious about their pledge to stop holding hands with divisive anti-LGBTQ activists, then further transparency is needed regarding their deep ties to organizations like Focus on the Family, which exist purely to harm LGBTQ people and families,” said Drew Anderson, GLAAD’s director of campaigns and rapid response, in a statement.

We are living at a time when the Salvation Army and the Fellowship of Christian Athletes, both of which are dedicated to winning souls for Jesus Christ, are considered by huge swaths of our culture to be outright evil. This inversion of our moral standards is consistent with the left’s support — and eerie glorification — of abortion on demand to the point of birth and beyond.

Notice that it isn’t Chick-fil-A, the Salvation Army or the Fellowship of Christian Athletes who are casting anyone as evil. It is quite the other way around. These organizations aren’t calling for the muzzling of contrary opinions, though one may wonder whether Chick-fil-A might eventually be pushed to that point.

There is no appeasing the left unless the offender is willing to deny himself and his heart. I detail this phenomenon in my book “Guilty by Reason of Insanity: Why the Democrats Must Not Win,” and it is no trifling matter.

Let me give you a few examples. Former Vice President Joe Biden was shamed into retracting his gracious statement on Vice President Mike Pence being a “decent guy.” The left wouldn’t let that innocuous comment stand, and Biden dutifully apologized. Actor Mark Duplass was badgered into apologizing for having said that conservative Ben Shapiro was kind and fair to him. Conservatives must be ostracized. Kevin Hart was pressured into withdrawing as host of the Academy Awards for a decade-old joke. His withdrawal and apology weren’t enough. One progressive writer said that apologizing is like a math problem. To get credit, you have to show your work. To achieve atonement, he had to show his “changed life” through his actions. NBC News’ Tom Brokaw profusely apologized when he opined that “Hispanics should work harder at assimilation.” But that was insufficient. Some called on NBC to produce a series on American Hispanics, to contribute money to the National Association of Hispanic Journalists and to increase diversity among “Meet the Press” guests.

There are tons of other examples, but even more disturbing than the left’s implacability is that so many people on the left and the right knuckle under to this bullying. They are bludgeoned into not only apologizing when they’ve done nothing wrong but also publicly renouncing their heartfelt views.

In interviews for my book, many hosts ask me what advice I have for conservatives who seek to stem the tide of leftism overtaking our culture and our political system. One answer is that we must quit downplaying the left’s systematic assaults on our society and begin to fight with the same level of persistence. This requires maintaining the courage of our convictions and standing up against the PC bullying of the tyrannical left, which can be very difficult, as shown by the Chick-fil-A example. Let this be a wake-up call for all patriots and those who still embrace the ideas and values that have made this nation uniquely great. 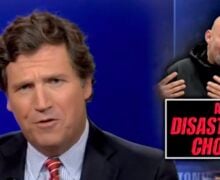