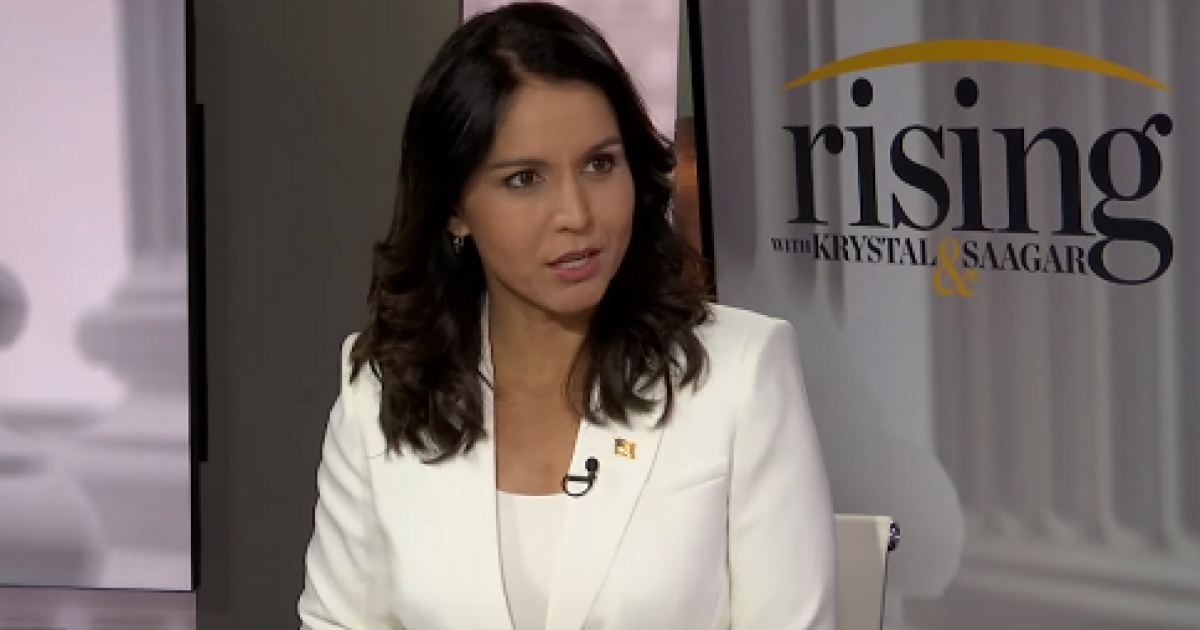 The liberal media was quick to report on the slightest of criticism from Republicans like Utah Sen. Mitt Romney in response to the transcripts of President Trump’s call with the president of Ukraine.

Less eager where they to report on Democratic opposition to House Speaker Nancy Pelosi announcing a “formal impeachment inquiry” against the president and, yes, as surprising at it may seem from Democrats who march in lockstep on matters, there was opposition.

Rep. Tulsi Gabbard, D-Hawaii, broke with her party after reviewing transcripts of the call between the president and Ukrainian President Volodymyr Zelensky, saying the evidence does not merit impeachment.

The 2020 Democratic presidential candidate made this assessment Wednesday in an interview on Hill TV’s “Rising with Krystal & Saagar.”

“I think when you step outside of the bubble here in Washington and you get to where most folks in the country are — look, I’m not a lawyer but I think most people reading through that transcript are not going to find that extremely compelling cause to throw out a president that won an election in 2016,” Gabbard told hosts Krystal Ball and Saagar Enjeti. “And instead what I think most people will see is, ‘Hey, this is another move by Democrats to get rid of Donald Trump,’ further deepening the already hyperpartisan divides that we have in this country.”

Not that the Democrat is a fan of Trump’s, as she said he used his position for his own political gain. But Gabbard said the American voter should being making the decision — polling does not show that voters favor impeachment.

There’s little question that impeachment is a highly divisive issue that will tear at the fabric of this nation.

As was noted, Gabbard did not support impeachment prior to the transcripts of the call being released.

Ball opined that the transcripts suggested that Trump was “pressuring a foreign ally to go after a political opponent,” prompting Gabbard to say “he is using his position for his own political gain.”

Right or wrong, you’d be hard-pressed to name a single politician who doesn’t do so.

“This is just another example of his corruption and how self-serving he really is,” the lawmaker said. “We need a president who will put the interest of the American people first and foremost, put the interests of our country first and Donald Trump is not that guy.”

Which is precisely what you would expect a Democrat to say.

Poll the 63 million Americans who voted for Donald Trump and they will give you an entirely different take on whose interests the president is putting first.