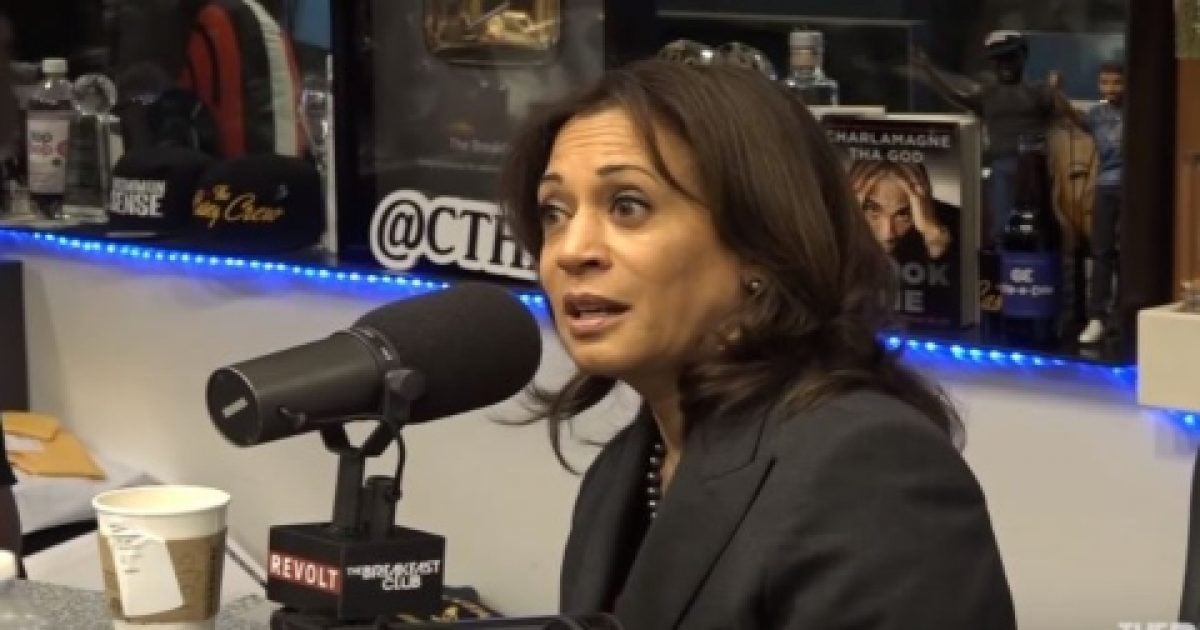 Sen. Kamala Harris sparked a stinging rebuke from her father for pushing a stereotype of “a pot-smoking joy seeker” in comments she made last week.

Donald Harris, the father of the California Democrat and 2020 presidential candidate, ripped his daughter over a radio show interview in which she touted her support of legalizing marijuana because her family is from Jamaica, The Washington Times reported.

Harris slammed his daughter’s comments “in the pursuit of identity politics” as a “travesty” in a statement to Jamaica Global Online after her interview with New York City radio station WWPR’s “The Breakfast Club” last week when she pushed back against claims that she opposed legalizing marijuana.

“Half my family’s from Jamaica. Are you kidding me?” the Democrat had replied, saying she supported legalization because it brings people joy, “and we need more joy in the world.”

Asked if she had ever tried to smoke pot, the senator replied, “I have. And I inhaled.”

Kamala has inhaled: ‘Half my family’s from Jamaica. Are you kidding me?’ Marijuana ‘gives a lot of people joy.’ https://t.co/1RZkzdHJbx pic.twitter.com/iOBgNzGZde

The comments by the 2020 hopeful made headlines and sparked the ire of her Jamaican father, an economics professor at Stanford University.

“My dear departed grandmother … as well as my deceased parents, must be turning in their grave right now to see their family’s name, reputation and proud Jamaican identity being connected, in any way, jokingly or not with the fraudulent stereotype of a pot-smoking joy seeker and in the pursuit of identity politics,” he said in the statement.

“Speaking for myself and my immediate Jamaican family, we wish to categorically dissociate ourselves from this travesty,” he added.

Jamaica Global agreed with Harris’s outrage, arguing that his daughter’s remarks could promote stereotypes of Jamaicans.

“So, the perception created by Ms. Harris’ statement is real and has caused some unease amongst Jamaicans at home and in the diaspora

and now, it seems, her father and his Jamaican family,” the publication noted. For some, it is more than mere unease; one Jamaican commenting on social media expressed the concern that ‘soon my job will be singling me out to drug test me since I am from Jamaica. What a stereotype.'”

Jamaica Global also pointed to the “ironic twist” that the lawmaker referred to her father’s Jamaican roots and not her mother’s heritage from India, asking if Harris didn’t realize that it was “India that bequeathed a marijuana culture to Jamaica.”

This, the publication argued, was “additional ammunition” for Jamaicans who are critical of the Democrat who allegedly “tends to downplay her Jamaican heritage when it suits her, crediting her Tamil Indian mother with the most significant influence on her life and outlook and rarely talks about her father’s influence.”

Twitter users were surprised to see the remarks by the senator’s father and many thought his condemnation was very “telling.”

Wait. What? @KamalaHarris needs to explain her relationship with her father. Are they estranged? Is this statement from him true? Because if her only claim to “Blackness”, via Jamaica, views her as an embarrassment, that’s telling. #ADOS https://t.co/9jutAVlq3M

When your own father calls you a liar – this is a sign!

She even disgraces her family in the name of furthering her political career. This won’t age well…just watch.

Such a disgrace that @KamalaHarris chooses “identity politics” and shaming her family as her legacy rather than embracing her Jamaican heritage and the riches of family love and devotion.

That’s a ready-made ad for Trump. “Even Kamala’s own father thinks she’s a disgrace.”