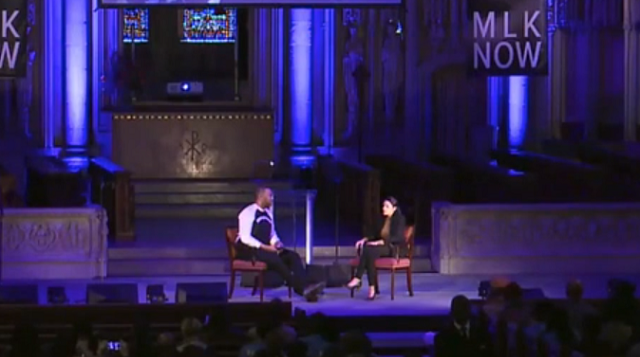 Americans may be alarmed to learn that they have just 12 years to get their affairs in order.

Unless, of course, we hand over the reins to the hard-left socialist elements of the Democratic Party, as represented by Rep. Alexandra Ocasio-Cortez.

It seems there’s nothing the newly elected 29-year-old Democrat can say that will raise an eyebrow among the party faithful, no matter how ignorant her uttering may be.

She also said “the world is gonna end in 12 years if we don’t address climate change,” which prompted cheers from the lemmings in the crowd.

“I think that the part of it that is generational is that Millennials and people, in Gen Z, and all these folks that come after us are looking up and we’re like, the world is gonna end in 12 years if we don’t address climate change,” Ocasio-Cortez said. “And your biggest issue is, your biggest issue is how are we going to pay for it? — and like this is the war, this is our World War II.”

In other words, who’s got time to worry about money when we’re all going to die!

The socialist was apparently referring to the number of deaths in Puerto Rico last year as a result of Hurricane Maria — which Ocasio-Cortez must attribute to climate change. The death toll on the island jumped from 64 to an astonishing 2,975 after a “statistical analysis.”

As for the untold deaths attributed to “our cruel and unjust criminal justice system,” if we’ve learned anything up to this point, it’s that the progressive left is not required to provide corroborating evidence to support their inane offerings.

Ocasio-Cortez called on her generation to “breathe fire” in response to the Trump administration, or any Democrat who fails to fall in line.

This is not the first time Ocasio-Cortez has likened climate change to World War Two.

Speaking at a town hall in College Point, a working-class neighborhood in Queens, in October, she called climate change a “direct existential threat” that was comparable to the danger posed by Nazi Germany during World War II, according to Fox News.

“So, when we talk about existential threats — the last time we had a really major existential threat to this country was around World War II,” Ocasio-Cortez said at the time. “And so we’ve been here before, and we have a blueprint of doing this before.”