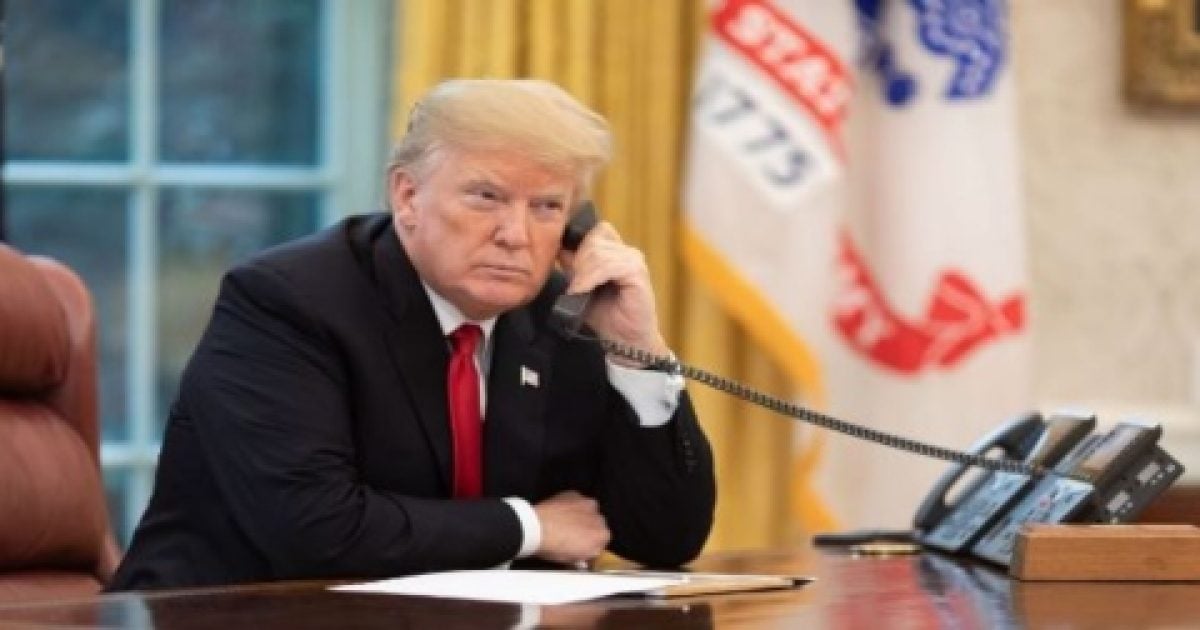 In a journalistic finale to 2018, reporters were engaged in a lively debate Monday over whether or not President Donald Trump lied.

And the alleged untruth the professionals were obsessing over? Whether the president was really in the Oval Office like he claimed.

I am in the Oval Office & just gave out a 115 mile long contract for another large section of the Wall in Texas. We are already building and renovating many miles of Wall, some complete. Democrats must end Shutdown and finish funding. Billions of Dollars, & lives, will be saved!

“I’m in the Oval Office. Democrats, come back from vacation now and give us the votes necessary for Border Security, including the Wall. You voted yes in 2006 and 2013,” Trump tweeted Monday morning.

This sparked an urgent need for some reporters to fact-check the president, as per usual.

Bloomberg‘s Justin Sink noted that there was “no marine outside the west wing.”

the president just tweeted that he was in the oval, but no marine outside the west wing pic.twitter.com/Y5EAx2wOoV

MSNBC’s Kyle Griffin spelled it out for those not on the inside.

When the president is in West Wing (in the Oval, for example) a Marine always stands guard. No Marine means no Trump.

POTUS tweet minutes ago claimed he was in the Oval Office. No marine there so that’s another lie. ⁦@realDonaldTrump⁩ pic.twitter.com/rnJnQt88HO

POTUS tweeted earlier that he’s in the Oval Office. Per pool, as off 11 am there was no Marine guard outside the West Wing lobby, which there is when POTUS is in the Oval.

Breathless reports came in from news outlets uncovering the mystery.

BUSTED: Reporter catches Trump in a bald-faced lie about being in the Oval Office https://t.co/jYuWh8lmqh

Trump Caught In Blatant Lie Claiming He Was Working In Oval Officehttps://t.co/hL6Dwqb7BW

And the free-for-all spread as Trump was accused of lying about his whereabouts.

There’s no Marine guard outside. You’re not in the Oval Office. This might be your weirdest lie yet! https://t.co/3ctmlbPLrh

But Associated Press White House reporter Zeke Miller stepped in to clarify the protocol, noting that things may be different on holidays and weekends.

Important: A Marine is usually, but *not always* outside the West Wing when the president is in the Oval. https://t.co/hb3ABsytHg

Often nighttime, weekends and public holidays. The 100% indicator is whether a USSS agent is posted in the colonnade

The fact that Trump was fact-checked on his location and reporters spent valuable time debating whether he lied is just another one of the great journalistic moments of 2018. Social media users summed up the circus on Twitter.

IMPORTANT: Trump is in the White House.

Pelosi and Schumer, at the beach.

Wow that’s a big pressing story to be reporting.

Why the #fakenews and speculation @maggieNYT ? Please just stop. When can we see proper journalism?

At the dawn of the New Year, can we all pause to reflect on the absurdity of us having to read tea leaves to determine if POTUS is really in the Oval Office when he says he is?

Why is this important?