Rush Limbaugh wanted to celebrate 30 years on the air in a more humble way on Wednesday, but his staff and President Donald Trump surprised him in a big way. 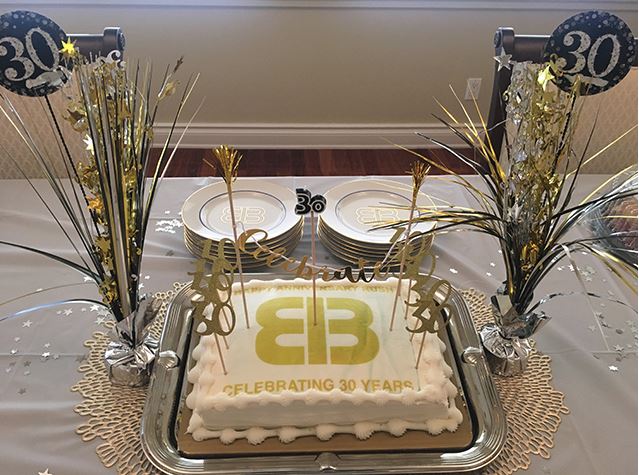 A surprise call came in at 12:30 from Trump, and Limbaugh was genuinely touched.

“This is your favorite president calling. I wanted to call personally and congratulate you,” Trump said to the surprised radio host.

The president managed to catch him off guard with the unannounced call-in which lasted more than 10 minutes and sparked a wave of congratulatory messages.

Rush can rightly be considered one of the founders of the modern conservative movement. Congratulations! https://t.co/mfH6mt1G27

“What you do for this country — people have no idea how important your voice is,” Trump said.

Trump told the seasoned radio host that 30 years on the air was an “amazing accomplishment” in the “cutthroat business.” Our President called Rush Limbaugh to congratulate him on the 30th anniversary of his show today. I know Rush was not expecting THIS. ?

Trump had tweeted a simple message about the radio host on Tuesday.

Rush Limbaugh is a great guy who truly gets it!

One of the premiere voices of the conservative movement, Limbaugh continues – from South Florida – to broadcast his show, one of the the most listened-to talk-radio programs in the U.S.   Talkers.com rated Limbaugh in the top 5 of its “Heavy Hundred” along with other radio hosts like Sean Hannity, Mark Levin, Howard Stern and Dave Ramsey.

How cool was that ? @realDonaldTrump calling to congratulate and thank Rush Limbaugh for 30 years on the air and everything he does!!! #MAGA #THANKYOURUSH

Thirty years after debuting on  56 radio stations, the show is now heard weekly on more than 600 stations by up to 27 million people.

Congratulatory messages and praise for Limbaugh poured in on Twitter.

As a young girl, I grew up listening to Rush in my dad’s truck.

As a teenager, my friends knew riding in my car meant listening to Rush.

As an adult, I was honored to interview w/ Rush for the Limbaugh Letter.

Today in 1988, Rush Limbaugh debuted on WABC. Had Rush not been successful, talk radio as we know it would not exist. He saved the AM dial, he made talk bankable, he informed a nation, he made a difference. I’m grateful, bc I wouldn’t get to do what I do if he hadn’t pioneered.

Rush started the show with cake and it only got better from there:

Greetings, my friends, and welcome to the one and only EIB Network and the Rush Limbaugh program on the 1st of August, 2018. This is our 30th anniversary of this program, and I have to tell you, I have been so conflicted all day about how to deal with this. My heart rate monitor on my watch says my heart rate’s been elevated about 10 to 15 beats above normal because of all the excitement and everything about this day. The reason is I’m waiting for the door to open, because nobody’s on the other side of the glass, which means… (interruption) Here it comes. They’re gonna be coming in with the celebratory cake and the bottle of champagne.

We also want to say Congrats to Rush and his hard-working staff.

Thank you for 30 great years!