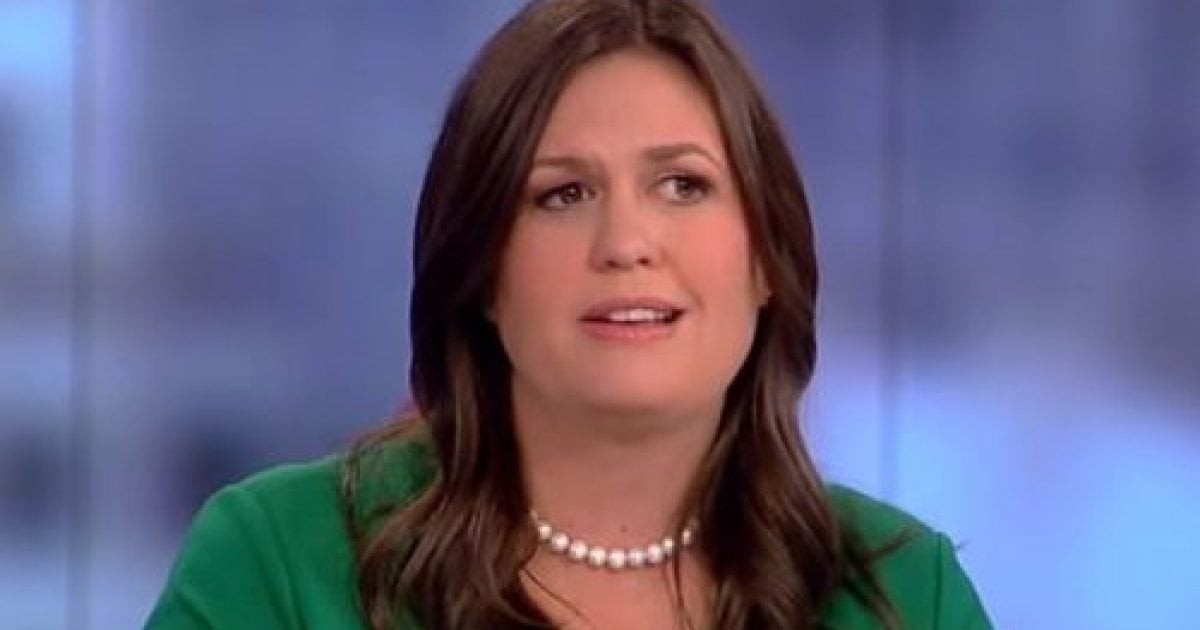 Inexplicably, CBS News ran a story on Wednesday that Sanders and deputy press secretary Raj Shah were getting ready to call it quits.

Two of the most visible members of the Trump administration are planning their departures, the latest sign of upheaval in a White House marked by turmoil.

Press secretary Sarah Sanders and principal deputy press secretary Raj Shah are both heading for the exits, according to sources inside the White House and close to the administration. Sanders, who has become a confidante of President Trump since the departure of former communications director Hope Hicks, has told friends that she plans to leave the administration at the end of the year.

Naturally, other liberal media outlets spread the news without verifying anything with Sanders or Shah.

Twitter rolled out the mockery as the left unleashed memes and reactions.

Is there a happier person in America right now than Jim Acosta? https://t.co/nbi2ubxtXL

Diamond & Silk as co-press secretaries is going to be lit https://t.co/ynVIGpZfcL

I was going to ask how they’ll find any other people willing to so blatantly insult and condescend to their audience, but then I realized I’m on Twitter and that the problem will actually be narrowing it down. https://t.co/SVKdXmlliL

Unless she said she was abandoning the sinking ship, which means she’s staying. pic.twitter.com/XmzNYRTblw

But it was Sanders who got the last laugh, questioning how CBS got the scoop on plans she had not even known she was making.

Does @CBSNews know something I don’t about my plans and my future? I was at my daughter’s year-end Kindergarten event and they ran a story about my “plans to leave the WH” without even talking to me. I love my job and am honored to work for @POTUS

But the left is always ready to defend themselves, even if the “fake news” is discovered.

cause you know, she has been truthful through and through this entire time.

Agreed! And I’m pretty sure they say fake news before almost every person who has left leaves…….

If she says she isn’t leaving, she’s leaving

“Sanders has talked about departing sometime after November’s midterm elections and although Sarah’s timetable is unclear, it could possibly come sooner – although both could remain in their roles, too,” Fox News followed up with a report, adding that both are “weighing future options” which “may or may not include their departures from the White House.”

Others on Twitter  expressed their disappointment with the possibility that Sanders could be leaving the White House while many condemned CBS News for its initial report.

No spinning this. News sources verify. They didn’t contact her. CBS does not escape this one.

@CNN @CNN @latimesnational Sarah we realize you have to put up with extremely despicable horrible liars every day that we pray that you will stay with the job and protect us the American people? pic.twitter.com/LcpX4pjzg0

They’ve been saying the same thing about John Kelly for months, I’ll believe it when I see it. If it’s true, though, that’s an interesting development. https://t.co/ceNSIZf5X8

They are idiots and part of fake news. You are amazing Sarah

Just another day in fake news from the MSM! We love you, Sarah! ??

Perspective: Typically, White House press secretaries end up serving for at least a year and usually longer, with the average length being 2.9 years. If Sanders stays until the end of the year, as reported by @CBSNews, it would put her tenure in line with some others. @wkyc https://t.co/VVgu3Wn3Wp

After 8 years of slurping up the lies you were spoon fed from Obama’s admin I’m gonna call BS on that tweet.

Have you not seen sarahs response to your Fake story??? When are you retracting and apologizing for getting it wrong yet AGAIN!