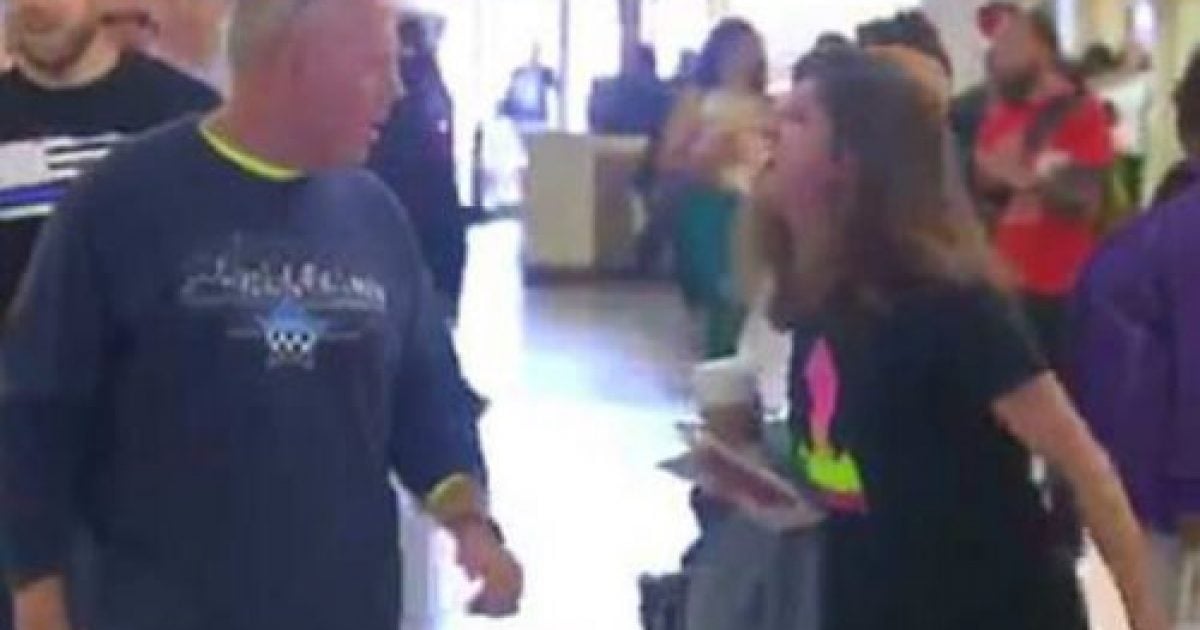 The left seems to have spiraled to a new low as protests against anything they don’t like now commonly include disgusting tactics.

During a pro-police march on City Hall, demonstrators displayed their vulgar and unhinged reactions as one woman literally spit on Chicago police officers.

Many denounced the woman and called for her to be arrested for assaulting a police officer.

Another fine example of the tolerant left!

This was in chicago- find this woman that believes it’s ok to spit on police officers pic.twitter.com/wSi6c4SL1J

This gentleman shows tremendous restraint. I would have decked her which would not have helped the situation. Big praise for the officers…

Pearl-clutching liberals feign shock and horror over President Donald Trump referring to brutal MS-13 gang members as “animals,” but then resort to vulgar outbursts at anything even remotely conservative.

Fox News contributor Tomi Lahren could not even enjoy a Sunday brunch with her mother recently as a restaurant patron threw a drink at her.

Watch Tomi Lahren get a drink hurled at her in vulgar attack by angry patrons at Sunday brunch https://t.co/EHIpljRGEr pic.twitter.com/9jmKPQOgOi

This act was applauded on social media with plenty of colorful language. That language was audibly on display in a video of someone hurling obscenities at the conservative pundit while at the restaurant.

Actually what you do see conservatives doing is more in line with Trump’s heartfelt act as he headed out of New York.

.@POTUS @realDonaldTrump loves our law enforcement officers all around the country – as seen here with @NYSPolice and @NassauCountyPD on his way to Marine One in Bethpage, New York. #LESM??? pic.twitter.com/HP0JpiXFYz

The president had just completed a stop in Long Island where he attended a roundtable discussion on immigration and MS-13 violence. On his way over to board Marine One, Trump spotted a group of police officers and broke ranks with his Secret Service detail and his aides to go over to the men in uniform.

In the video posted by Assistant to the President Dan Scavino, Jr., Trump shook the officers’ hands and returned a salute from one of them.