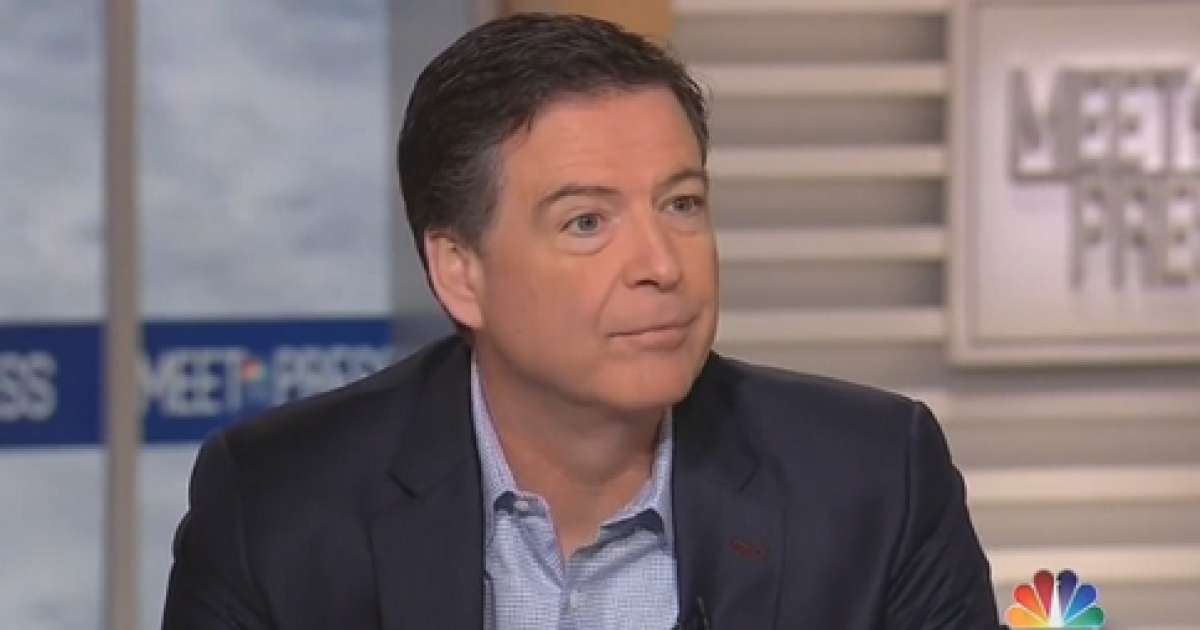 Somewhat surprisingly, host Chuck Todd hit Comey with a question at the very end of the segment that left the former G-man squirming in his chair.

“I’m going to close with this,” Todd said. “[Sen.] Susan Collins last week on the show, I asked her about your book. Here’s what she said… I’m curious to get your reaction to what she said.”

He then ran a clip of the moderate Republican senator from Maine suggesting that Comey should have waited to “cash in” on his book, given that the Russian probe is “very much alive.”

“Should you have waited?” Todd asked.

Comey’s response completely ignored the remark about the open investigation and whether he should have waited, as he tried to claim the book is not about President Donald Trump.

But then, it’s understandable Comey may be blinded by the dollar signs in his eyes.

“I hope she’ll read it, and see that it’s not about the investigation,” he said. “It’s about – not even about Donald Trump. It’s about something much broader, that I thought it was important to talk about now.”

Comey questioned the president’s credibility if he testifies in Special Counsel Robert Mueller’s investigation, whether he is under oath or not.

“I have serious doubts about his credibility,” he told Todd.

Meet the Press
✔@MeetThePress
“Sometimes people who have serious credibility problems can tell the truth when they realize that the consequences of not telling the truth… But you'd have to go in with a healthy sense that he might lie to you,” @comey says on Trump. #MTP

“[S]ometimes people who have serious credibility problems can tell the truth when they realize that the consequences of not telling the truth in an interview or in the grand jury would be dire,” he added. “But you’d have to go in with a healthy sense that he might lie to you.”

The irony being rich that the bureau under his direction didn’t bother placing Hillary Clinton under oath while interviewing her about using a private email server — hell, they didn’t even record the interview.