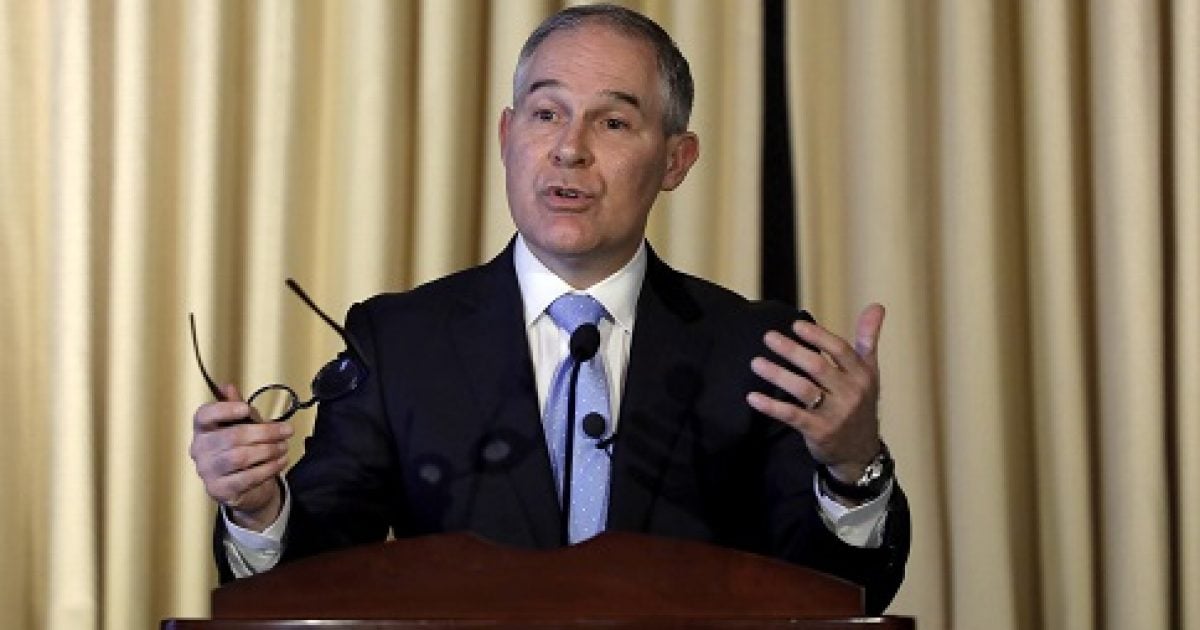 The New York Times editorial board came out against Environmental Protection Agency (EPA) Administrator Scott Pruitt’s plan to stop “secret science” from being used as the basis of regulations.

“He told his subordinates that they could no longer make policy on the basis of studies that included data from participants who were guaranteed confidentiality,” The Times editorial board wrote on Saturday.

“Over the years, such studies have been crucial to establishing links between mortality and pollution, led to regulations and saved many lives,” the editorial board wrote. “Limiting policymakers to only those studies with publicly available health data greatly narrows the field of research.”

The editorial board quoted an op-ed by former Obama EPA officials who argued, “Mr. Pruitt’s goal is simple: No studies, no data, no rules.” The Times editorial ties Pruitt’s latest plan into the Trump administration’s alleged “disdain” for science.

Pruitt first announced his plan to end EPA’s use of “secret science” in an interview with The Daily Caller News Foundation. Pruitt said taxpayers have the right to scrutinize the underlying data of studies used to craft regulations.

“We need to make sure their data and methodology are published as part of the record,” Pruitt said. “Otherwise, it’s not transparent. It’s not objectively measured, and that’s important.”

Republican lawmakers have been trying for years to rein in EPA’s reliance on studies that don’t make their underlying data publicly available. GO Texas Rep. Lamar Smith’s HONEST Act passed the House in 2017 and would crack down on what he calls “secret science” at EPA.

Most notably, EPA used relied on two studies to regulate on fine particulate matter, or PM2.5, in the 1990s. The studies — by Harvard University and the American Cancer Society — have not publicly released their underlying data, and the Obama EPA argued doing such would violate the confidentiality of the thousands of individuals that participated in those studies.

Pruitt’s critics argue there’s no way for researchers to meet transparency requirements without breaching confidentiality, but conservatives have pointed out such mechanisms already exist.

“This sort of data is already routinely made public for research use,” JunkScience.com publisher Steve Milloy wrote in a recent Wall Street Journal op-ed.

“In 2012 I was desperate for a way around the Obama EPA’s secrecy on the PM2.5 issue, I found out in 2012 that I could get California death-certificate data in electronic form,” wrote Milloy, a longtime opponent of EPA’s “secret science.” “The state’s Health Department calls this sort of data ‘Death Public Use Files.’ They are scrubbed of all personal identifying and private medical information. Some of my colleagues used this data to prepare a 2017 study, which found PM2.5 was not associated with death.”

“The best part is that if you don’t believe the result, you can get the same data for yourself from California and run your own analysis. Then we’ll compare, contrast and debate. That’s how science is supposed to work,” Milloy wrote.