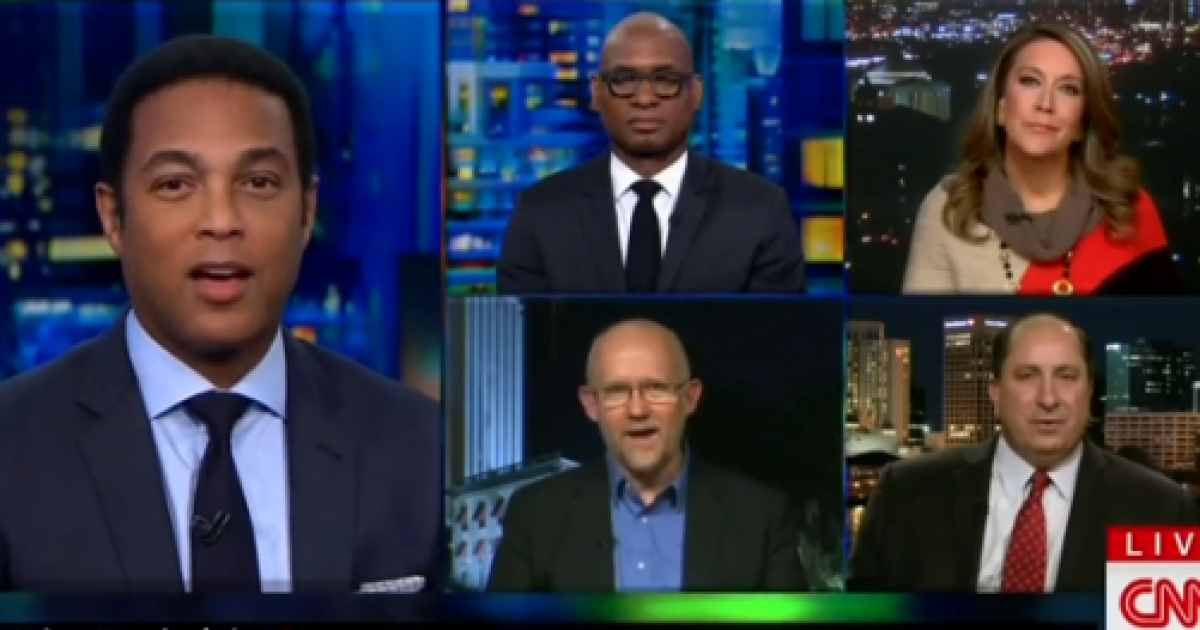 CNN host Don Lemon couldn’t contain his contempt for one of his conservative panelists on “Don Lemon Tonight” Thursday, and cut the guest’s mic before having him removed from the screen.

Lemon called President Donald Trump’s “shithole” remarks on immigration “racist” and “xenophobic,” but was triggered when radio host John Fredericks disagreed with him.

“Well Don, it’s not about race, as you like to make it. Because that’s easy and lazy,” Fredericks said. “It’s about economics.” Anti-Trump conservative Rick Wilson, who was also on the panel began laughing in disbelief.

Lemon allowed Fredericks to continue talking, until Fredericks said, “You called on me, so let me finish.” This was apparently too much for the CNN host to handle and he kicked Fredericks off the segment.

“You know what John Fredericks, John, until that last comment — Yeah I’m going to cut you off. Can we please cut him off? Can we take him off the screen? Can we get rid of John Fredericks? Thank you” Lemon said.

Lemon claimed he was going to allow Fredericks to finish, but took his last comment as an insult and accused him of defending racist behavior.

“First of all I was going to let him speak until you doubly insulted me,” Lemon concluded. “I don’t even need to respond to the lazy comment. I laid it all out in the thing. We can have this conversation. We don’t need someone who is going to make excuses for racism.”

Earlier in the segment, Wilson, to “gut him [Fredericks] like a fish,” after calling him “impotent” and “weak.” Lemon opted not to discipline Wilson or cut his mic, but simply said, “All right, guys.”